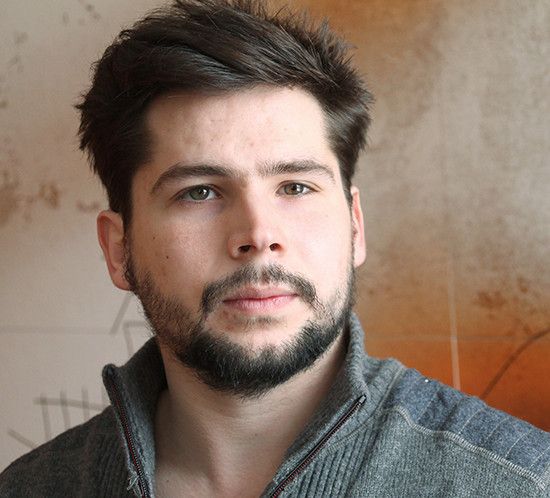 I was born in Marcali in 1989. I spent my childhood on the south shore of Lake Balaton, in Fonyód, which is where I went to elementary school and secondary school as well. After graduating from Mátyás Király Secondary Grammar School, I went on to study at the Faculty of Arts at Kaposvár University between 2009 and 2012, where I majored in Electronic Representation with a specialisation in Picture Animation. I’ve been cooperating with the Csányi Foundation since 2012. For four years I was a volunteer at the foundation, working at the programmes of the community centre in Kaposvár. Between 2013 and 2016 I completed a Masters programme at Eszterházy Károly University in Eger, and I graduated as a secondary school teacher in the fields of Visual and Environmental Culture, and Motion Picture Culture and Media Studies. While studying in Kaposvár and Eger, my works were presented at several shows, exhibitions and in publications both in Hungary and abroad. In 2013 an experimental video I made was recognised at the National Student Conference of Art in Eger, in the Intermedia section. My first solo exhibition was in Budapest, on Ráday Street, in 2016. It is an honour and a challenge that I have become a mentor in the foundation. I will use my talent and creativity to support the work of this great and complex team.