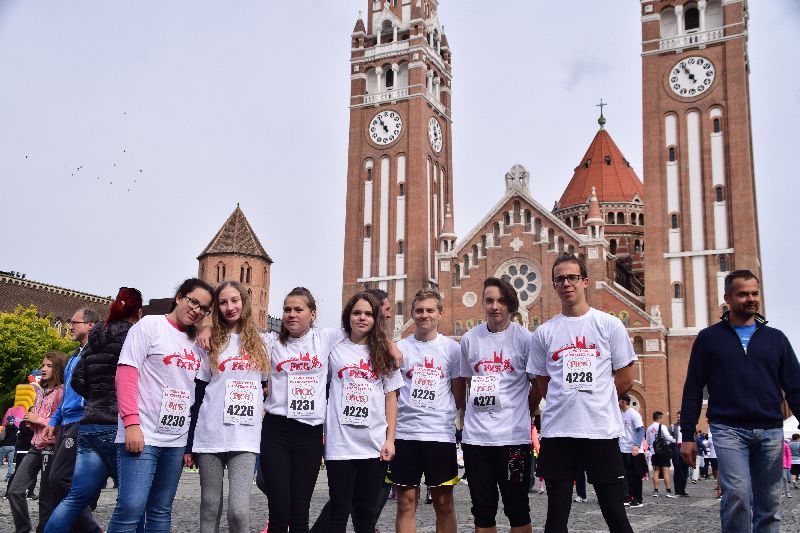 On 8th of October the Pick Zrt. had its 16th Street Running Festival. Of course, as in the previous years, members of the Szeged Community House took part in the programme. We started the day at 8 o’clock in the Foundation’s stall, where we blew balloons mostly for the young runners who took part in the family run. There were many colourful programmes on the Dóm square, which gave the possibility to everyone to find activities to their interests. But, naturally, the best part of the day was the running itself. The 3,4 km distance was the most favoured one, in which all the three groups took part. The weather was really good and we had a nicely tiring day today. Vas Evelin Szeged 1, Benczúr Anna Szeged 2, Tokaji Lili Anna Szeged 3