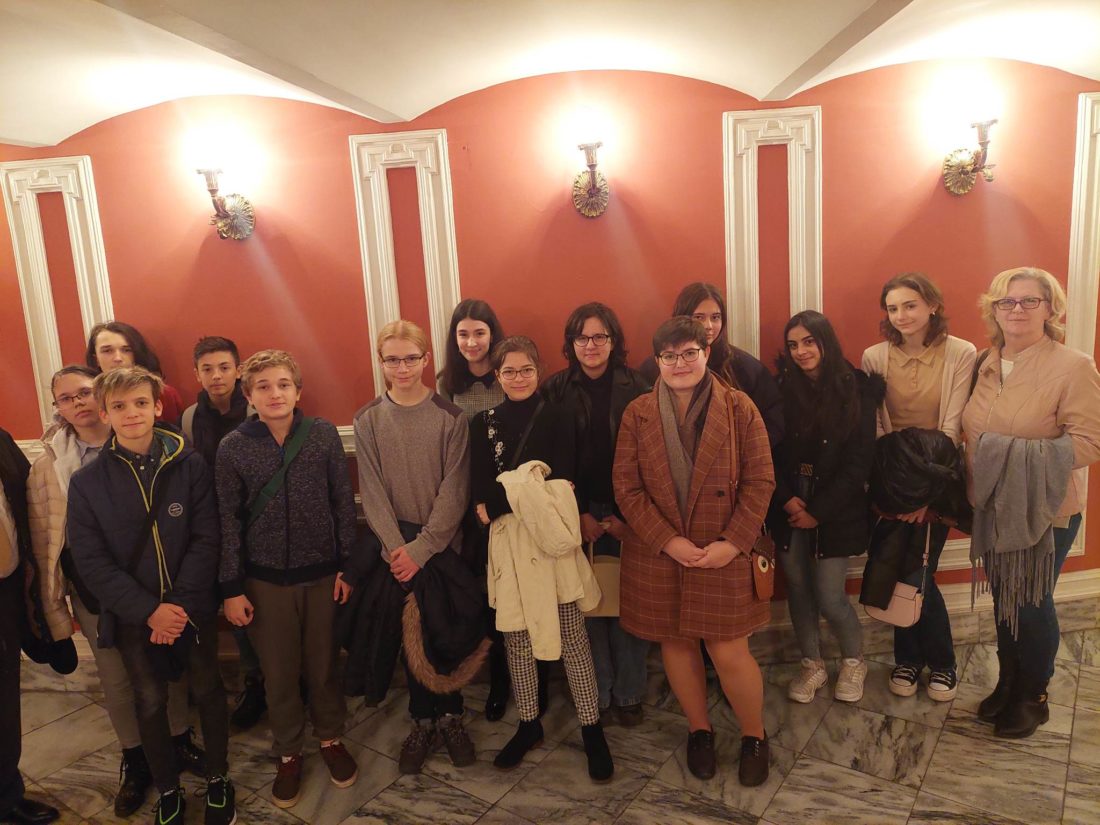 On the evening of November 18, Friday, the eighth-graders of group 3 in Szeged went to the theater, joined by one of the Foundation’s volunteers, and among the university students, I also went with them. We watched the play 1984 at the National Theater in Szeged. At the entrance, our mentor tried to prepare us with a few words for the story and the topics covered in it. The performance was directed by Róbert Alföldi, who also brought the character of O’Brien to life on stage. The play is based on Orwell’s novel of the same name, so the performance was gloomy and full of tension. The play shook me several times after seeing a particularly heart-wrenching scene, despite the fact that I already knew the plot and had seen the performance before. The story touched us all and made us think. We were still under the influence of what we saw when we left the theater. The presentation discussion took place the next day, during the Saturday session. 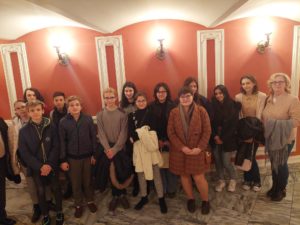