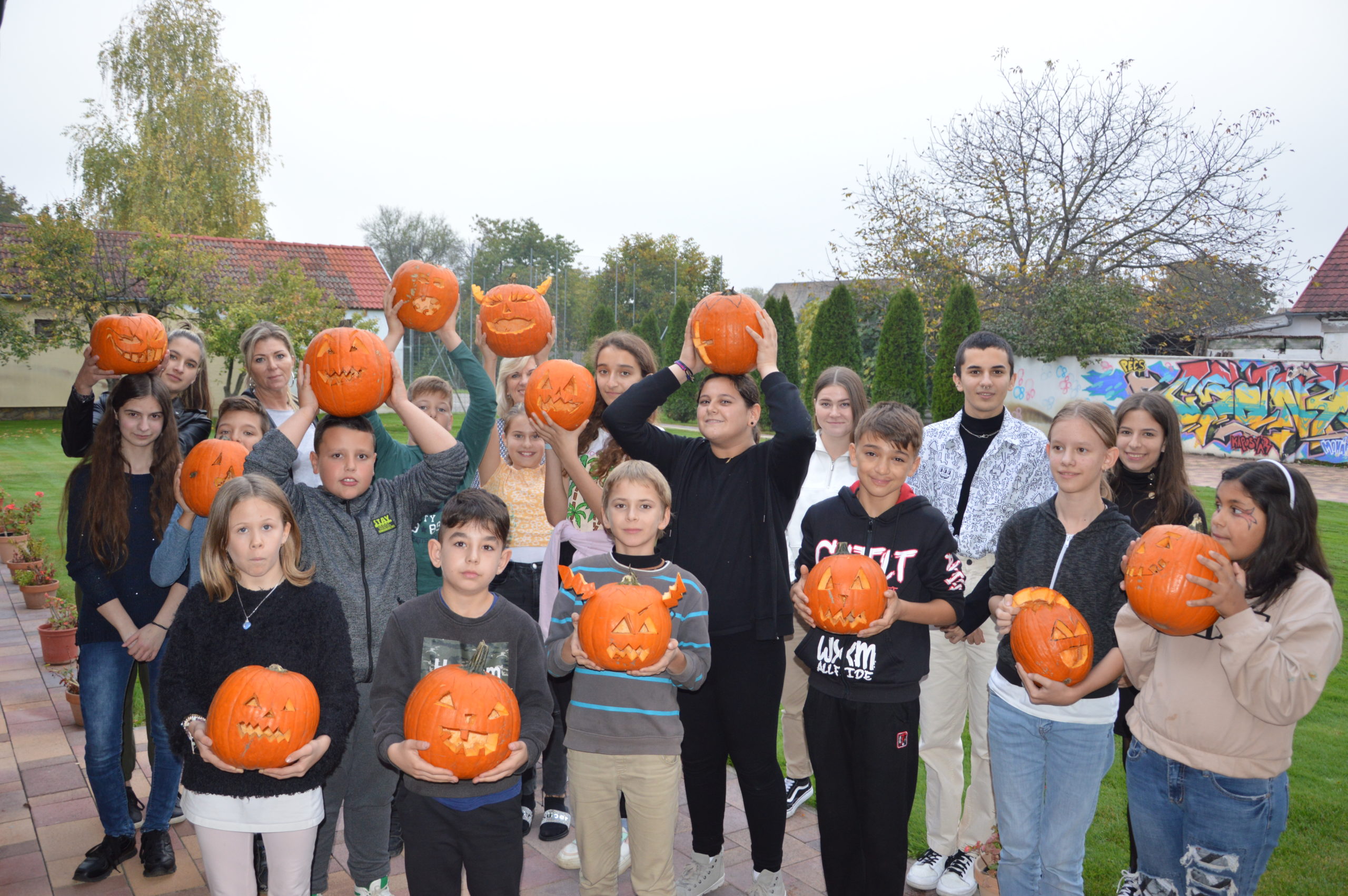 “On 28 October, we held our first project day of the school year, which was in the spirit of Halloween. After school, the young and old met in the community centre. First we told the history and tradition of the folk custom, and for those who didn’t know it, we told the story. Afterwards, groups were formed and work continued in four locations under the guidance of the mentor-assistants and mentors. In the first location, with the help of László Szabó, a small mentor, we had a cup painting session, where each small one marked his/her cup with a unique pattern, so that he/she could easily distinguish his/her cup from the many others. The next venue was pumpkin carving under the guidance of mentor Annamária Éles. A number of scary pumpkin figures were created, with which we “chased away” the ghosts by placing candles inside them. In the third spot, Annamária Vukovics, a mentor-assistant, helped us to make pumpkin muffins. The children skilfully measured, mixed and portioned the ingredients for the cupcakes. At the end they decorated them with almonds and small candies. After the baking, the groups compared their masterpieces, where it turned out that everyone’s was very well done, as all the muffins were gone. In the last spot, mentored by Gergő Koszta, the participants had to solve Halloween-related games in English and German. The day ended with dinner and a good chat.” Erika Bodor Kovács, mentor

For more pictures, visit our Gallery.