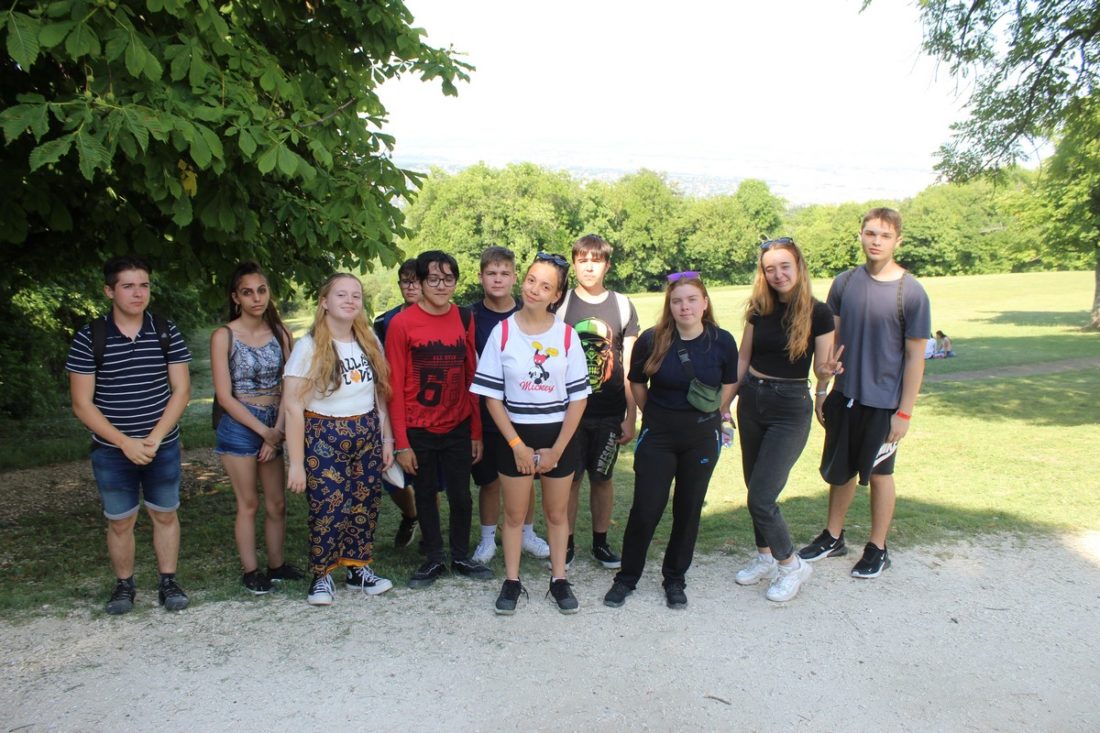 ” After the last day of school, on Thursday my group: J3 spent their time in the mountains of Budapest. We arrived to the lifts of Zugliget around 10 am and we got up to John’s Hill by the elevators. After some walk we reached the Elizabeth Tower. We had a wonderful view from here to Budapest. We could see the Parlament, the Buda castle, the Zoo and even the Puskás Ferenc Stadium. Then we continued our hiking, when we found a cave next to us. We decided to go in, but it was kind of dark and the passage of the cave was barely 20 meters, yet it still was a really special experience. Our next stop from the cave was not far, called Kaán Károly Lookout Tower, however when we arrived there we had no energy to climb the stairs, whereas our mentor did. She really wanted to do that so she tried to motivate us and it was succesful. In the end we did not regret it at all! We saw Budapest from a completely different perspective than from the Elizabeth Lookout Tower. The view was captivating. We saw everything from the hilly Buda, with full of beautiful houses, to the crowded buildings that are known by everyone in Pest. Then, when we thought that no more surprises could come, we were pleasantly disappointed, as we reached the Makovecz Imre Lookout, which got its name from its designer. From this mountain, a real panoramic view opens to the northern part of Buda, to the Downtown of Budapest, to the Castle Hill and the Citadel. Moreover, the lookout tower has an unusual shape, as the top can only be reached by a spiral staircase intertwined from thirty acacia logs. Incidentally, even buildings such as the Pancho Arena in the Highlands or the Hagymatikum Spa in Makó are named after Imre Makovecz. After all this, the Hűvösvölgyi Children’s Railway Station was not far away. We talked with the kids and we were told they have been working here from the 4th grade onwards (more specifically volunteering) so they are the announcers, ticket inspectors and lockers too. They work two days a month, in which case they may be absent from school. They love when there are a lot of passengers, because that’s when they can talk, get to know each other. It is important for older children to have a good command of English, as there are many foreign tourists. We experienced this ourselves when the train departed and we started talking to the American team sitting behind us. The travelers from Chicago were very open and kind and it was great to talk to them (they reminded me a little bit to Amber, the foundation’s American language developer). We finished the half-hour trip at Normafa, where we sat down and just admired the already well-known landscape. After the rest, we went back by the lifts and headed home. We had a very long, exciting day, which will be especially good to think back on. Thanks to this tour, we got to know a special part of Budapest that we have never seen before! ” Gyula Pege Jászság group 3 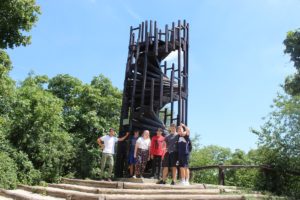 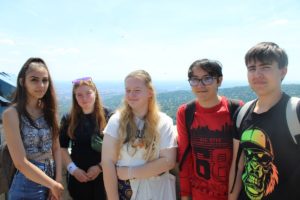 “I was happy to take part in the J3 group trip. My personal favorite was the mood itself. Wherever we went, we were surrounded by the tranquility of nature. We looked at countless lookouts and places, but it was common to all of them. The special (adven)tour, as much as it exhausted us, filled us with just as much positive energy. The holiday could not have been better started. One side of the children’s railroad was adorned with trees from the rising hillside, and from the other side we looked down into a ravine that made the trip rich in andrenaline. Personally, the other source of adrenaline was when I accidentally broke away from the group and looked for a way out alone in the middle of the woods. However, I wasn’t too scared and was quickly found back thanks to the technology and the hiking trail signs. We were able to drain all our remaining energy as children in the playground in Normafa, and on the way home many people fell asleep. I feel like many of us needed this trip, both physically and mentally. ” Viktória Füle Jászság Group 2 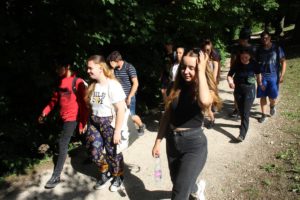 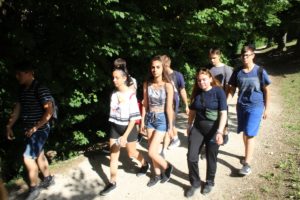 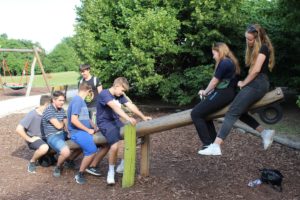