IN THE CUPS OF THINGS

IN THE CUPS OF THINGS

“On Saturday, September 24, there were sessions in the morning. We were divided into two teams. While the first group studied math, the other group attended a Hungarian class. In math class, we discussed the admission tasks and solved them together. The two teams then switched. In Hungarian class, we discussed the essays we wrote last week and wrote a comprehension worksheet. After eating, we went up to the activity room, where we could listen to a wonderful presentation about ants. I was curious to hear that there are 126 species of ants in Hungary, 16,000 species of ants are known in the world, but it is believed that the total number of ant species is between 30,000 and 90,000. We could also see a picture of what the ants’ habitat actually looks like and how they live. We were even able to watch a special documentary about them. What I liked best was that Bánk brought us 2 types of ants, which we could see up close. In the afternoon, we drove to the Fekete Ház’s sewer, cesspool, and toilet hygiene exhibition, which we viewed with a guided tour.

This building survived the great flood in Szeged in 1879 because it was built using the Venetian method. It was even interesting that the architect designed the furniture for the building. In the past, the house also functioned as a casino and restaurant. Nowadays, everyone can imagine what an average bathroom looks like. Before that, people did their work in public places. Even then, small things were arranged in clay pots. This situation was solved better in the castles. It was lead with water. To mass, the women took small bowls of sauce with them, because the mass was quite long, and that way they could take care of their small business. In Szeged, the dirty water was lead into the Tisza. We also know that people brought water from the Tisza and used it, so when it was full of bacteria it had to be cleaned. We also heard that there was a count who wrote about hygiene. He told us that he washes his feet every 3 weeks, rinses his mouth 3 times, and washes his hands before every meal, but he hasn’t washed his hair in 25 years. The bathrooms started to be built later, but they were quite large. Sometimes a shower was made so big that even a horse could be showered in it. We closed the end of the exhibition with a special room where we could see toilets, pictures and funny poems.” 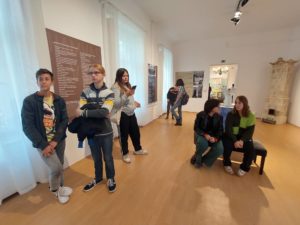 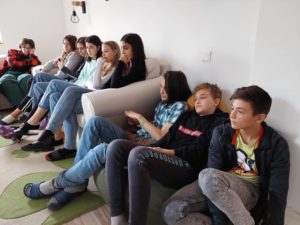 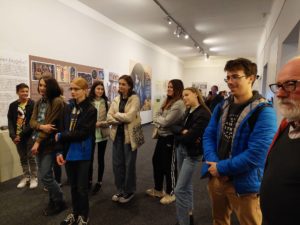