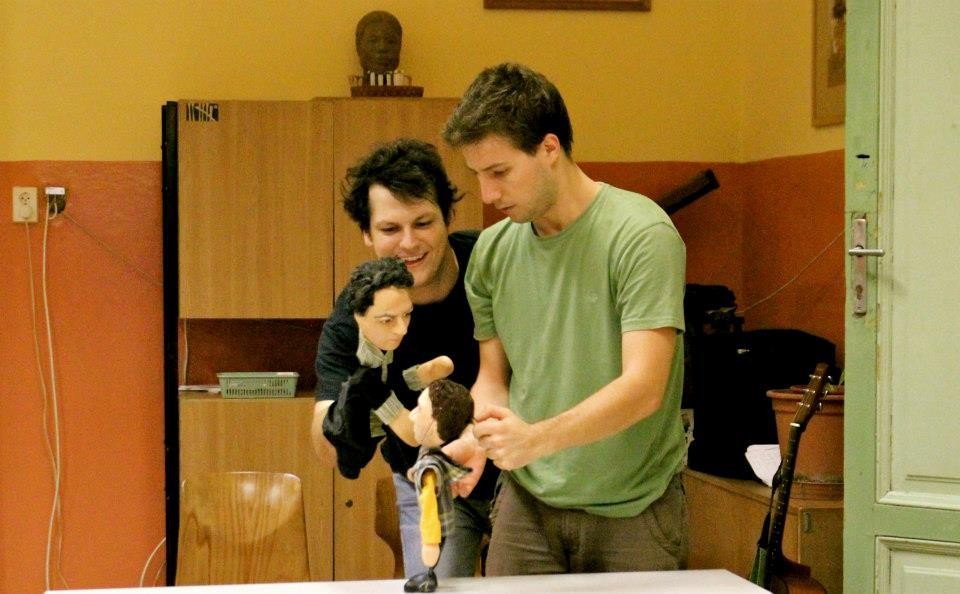 It was worth to see it!

I took part in a special theatre performance, where I participated as a so called „test audience”.  It took place in a small village called Fityeháza, not far from Nagykanizsa. I went there with my mentor called Sasa. To tell the truth, I did not know what „test audience” ment (I have heard about test pilots but not things as such). Now I know that test audience has the pleasure to see a performance for the very first time and after that they can tell whether the performance should be opened for the public, whether other teens should see it or not. I enjoyed watching the show and I think the performance is ideal for our age group.

Appart from acting, the two performers (Daniel Czupi and Ádám Béli) were singing, playing music and were acting with puppets. The story itself was about two high school boys. One of them was shrill and snooty who got on well with everybody. The other one was very smart and talented but modest therefore he did not have any friends.  One day the two boys, David and Benga met each other and they became friends. However that was not as easy as that: they had to get know each other, stand for each other and accept each other. It was very  educational, everyone can learn a lot from it. So if you have time, do not hesitate – go and see it!
Enikő Andalics, Kaposvár