The power of togetherness – family day in Kaposvár 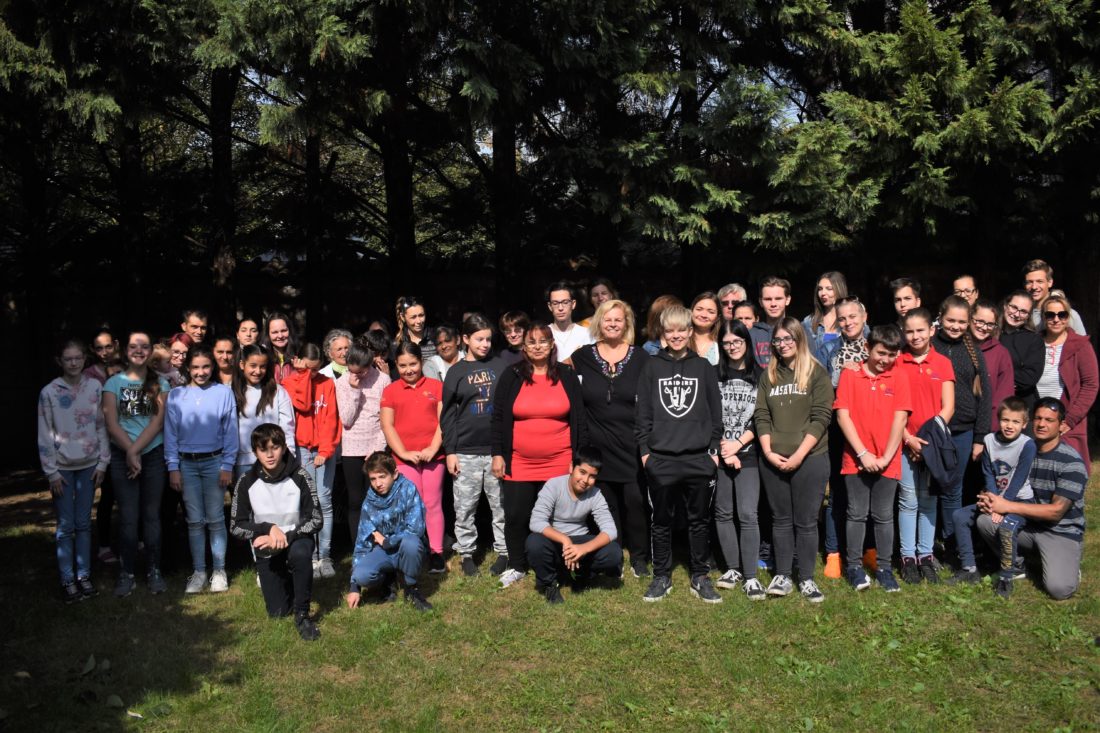 The power of togetherness – family day in Kaposvár

Parents, kids and junior mentors from the Kaposvár 1 group assembled in the new Community House, to spend a day together in a familiar atmosphere. As this was the first such event of the freshly selected little group, I found it important for both them and their parents to get to know the adult members of their group, most of whom are already in higher education.

Earlier, we have discussed that all new members of the K1 group would receive a patron from the “older” members, and now, the identity of everyone’s (junior) mentor got revealed. After the chirrupy introduction, the adults got down to prepare the lunch, while the junior mentors entertained the fresh members with a game of activity. The exercises were found out and prepared by Zsófi Kada and Levente Lassu, and they fill the roles of quizmaster as well. Petra Bartyik, Mirjam Bartyik, Zsófi Trixler and Balázs Petes helped the groups as team captains. The game was enjoyed both by the young and older members, the class was filled with almost constant laughter. 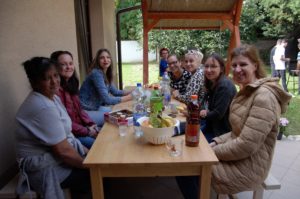 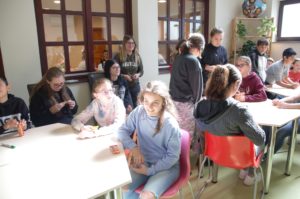 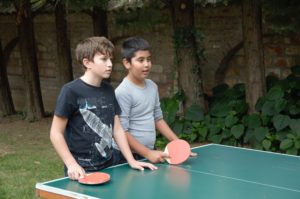 The grill had a lot to do, as for nearly 50 people, significant amount of hot-dogs, sausages and grill cheese had to be prepared, only to be consumed immediately after being ready. Both the kids and the adults ate with a great appetite, thanks for Zoltán Zuzi, who was preparing the delicacies in an industrial quantity.

After lunch, we all watched the short film about the all-arts camp together, followed by a quiz game, in which parents, kids, their brothers and sisters, relatives, and junior mentors all participated together. The prizes of the winning teams were one cake each, from which everyone could eat enough if they still desired some dessert. It was really great to see how parents, kids, younger and older ones all chatted, worked together, getting closer and closer, into a real team. Zsuzsa Fenyő, mentor, Kaposvár 1 group

“We face many hardships in our everyday life, sometimes we have to fight superhuman powers, but we have to keep going. This Saturday gave me hope, a bunch of opportunities; I felt like I can finally somewhat see the future, and there are still wonders in this world! New people (great people), a community, great organisation, the feeling that we can belong to a big family, are invaluable in today’s world.” Anna Weiszné Bartók, parent, Kaposvár 1 group

Together with the other members of my group, we tried our best to make the new members and their parents feel as well as possible. While the parents were grilling, we were playing activity with the kids. In my opinion, the game had an important team-building role, and the kids enjoyed it. As each member of our group has one or more younger pair, all of us got to know our respective “younger siblings” during the day. I think it felt great both for the parents and their children to receive some extra attention, dedicated to them specifically. Following lunch, some free time and a quiz party took place. Many of the questions really caused a hard time to most, but due to the way of the draw, there always was someone who knew the correct answer. Despite the hardness, it brought everyone a relaxing time, and with common agreement, similar events are to be expected in the future. Both table football and table tennis were a great success both with kids and adults. Similarly to the talent selection event, parents could turn to us with trust with their questions regarding the foundation. All in all, we spent a joyful day together.  Zsófia Trixler, Kaposvár 1 group