Trip to London, the capital of the UK 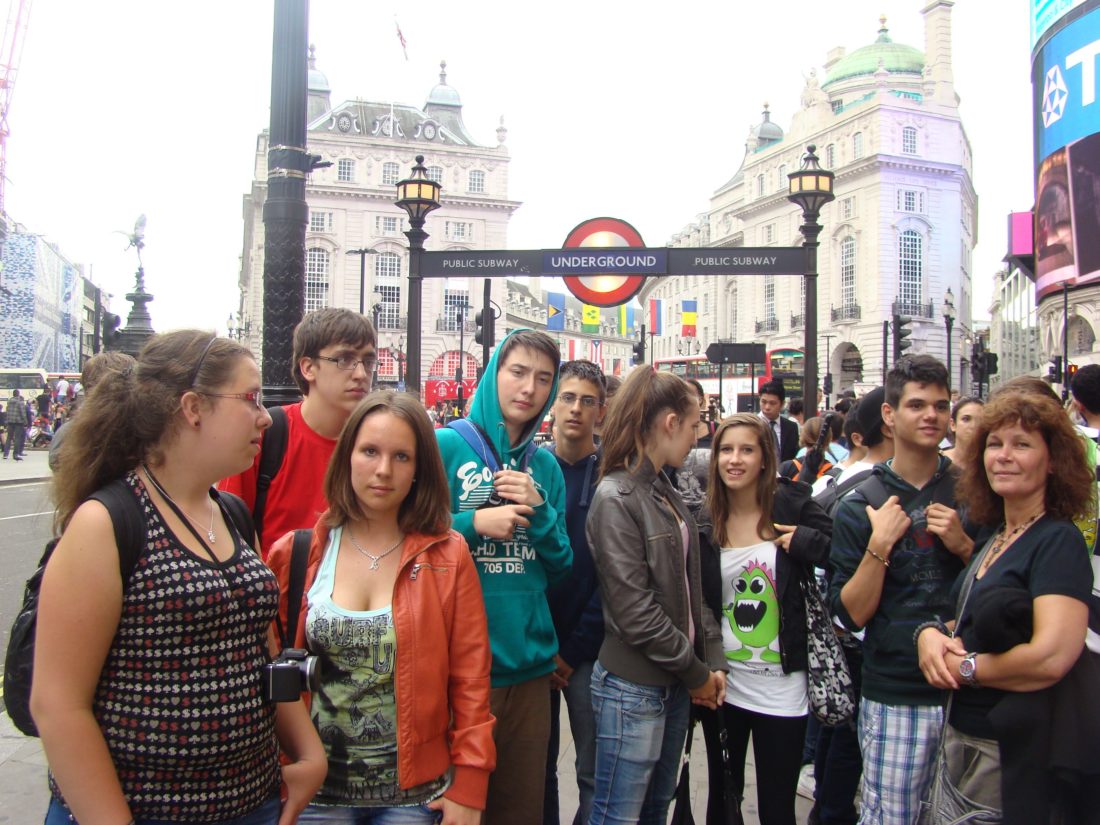 Trip to London, the capital of the UK

There is so much to see and experience.

Our most exciting programmes here in Brighton were our two trips to London. On our first trip we had a walking tour of the centre of London, passing the well-known buildings of the Houses of Parliament and Westminster Abbey, the Globe Theatre and St. Paul’s Cathedral. From the capsules of the London Eye we could have a bird’s eye view of the enormous city underneath. We visited Tate Modern, a gallery of modern art, where we were surprised to see the huge crowds interested in art. We could have a peek into some permanent and temporary exhibitions from different eras on five floors of the stupendous building. We did not find it easy though to understand modern art. But the interactive games on the computers brought it closer to us. András Simonits, our ’’guide” told us a lot of little details about the life of the British capital. When we arrived at Trafalgar Square, we found a huge crowd and we could enjoy a little bit of a concert of musicals. At Covent Garden, which used to be a fruit and vegetable market, you can get whatever you can imagine from a whole lot of souvenir shops and stalls, special dishes cooked in enormous pans, and you can listen to music of a different style in each and every corner and see street performers everywhere. The crowd in the Tube, the underground of London, was incredible. The underground network is world famous and although there is a crowd, it is the quickest way to get around. Although we were on the move all day long, we had to admit that one day for London is far from enough. There is so much to see and experience. We were very tired when we got back home, but we all agreed that we wanted to go back again. Dóra Bogdán, Viki Kovács

Before we went to London for the second time we did some brainstorming and voting about what we wanted to see or visit by all means. We agreed that we cannot leave out the Tower of London, the Tower Bridge and Buckingham Palace. On the other hand the group got divided over the question whether to visit Madame Tussauds or the London Dungeon. We knew we had to plan everything very precisely as we would spend the morning at the school and we would only have the afternoon for our trip. Knowing already what London can offer, we knew it was not a lot of time.  So after letting the families know that we would probably arrive home late, we set off on our second trip to London. Everybody had favourites: we loved the crown jewels in the Tower of London; at Madame Tussauds we took pictures of each other with famous stars. The greatest experience though for most of us was the 4D film, in which some superheroes (Batman, Superman, Hulk, etc.) save London. We laughed and screamed a lot while watching the film full of special effects for all the senses. Those who went to the Dungeon had a great time too. They learned about the darkest secrets of London and scary stories full of humour and of course they were really thrilling. Preparing for the Olympic Games the English decorated the Tower Bridge with the Olympic rings. We even had some time to do some shopping for our families and friends. At the end of this incredible day we had some pizza and celebrated Peti on his birthday. We had a great time and we would definitely love to come back here. Nikoletta Balogh, Péter Medek, Sára Horváth