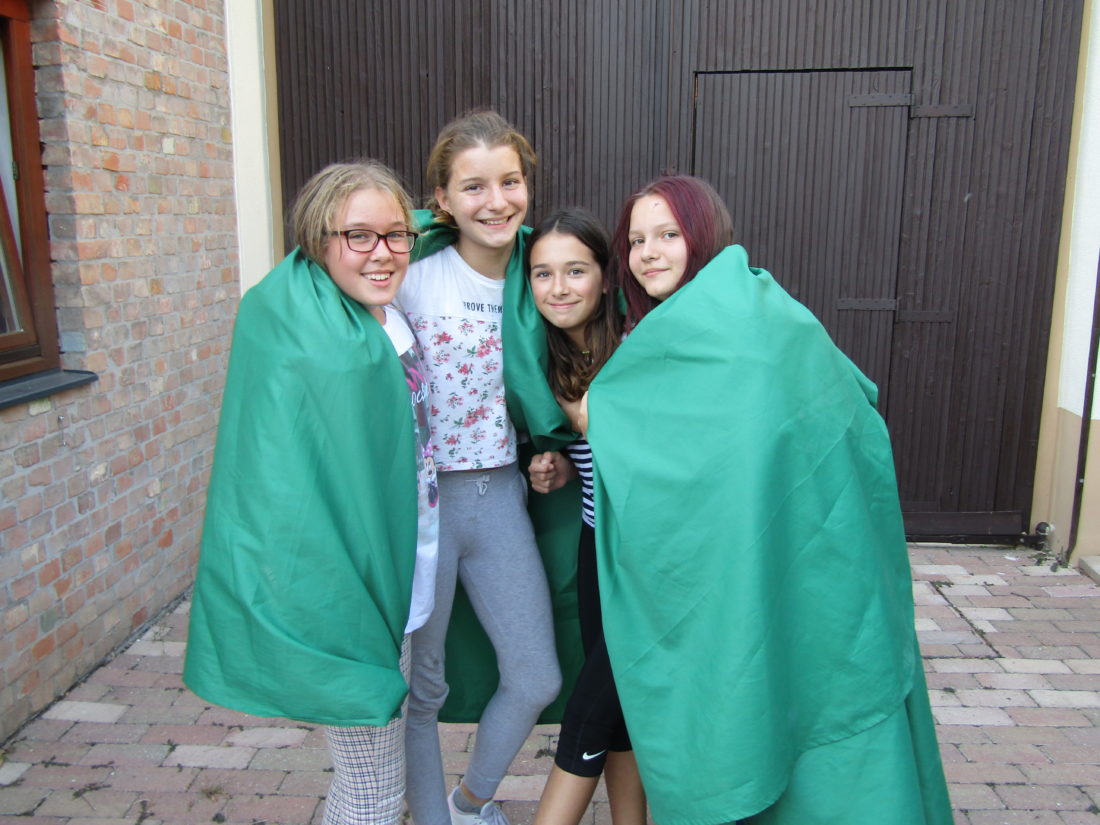 “Everybody was waiting for the new school year -due to the school, but how the children said for the professions of the Foundation really. But the first week wasn’t only for the tuning in programs. In this school year we are trying adjusting the professions even more the level of the childrens knowledge. They completed the level surveyor from mathematics and english language on Wednesday and they met with our new IT teacher, László Lucza. The history proffession has a new challenge for the groups. We will investigating the city of Szentes and its region. We begin a local historian research and it will result a concrete product. Beside the professions the children had a lot of time for sporting in the weather wich was evoking the summer. When the groups were tired in the football and table tennis they had refreshment with a tasty lemonade. After when the week closed on Friday with the drama profession Márta was surprising with a few children the others and they had baking tasty cookies. Sándor Kovács mentor of group 1 Szentes