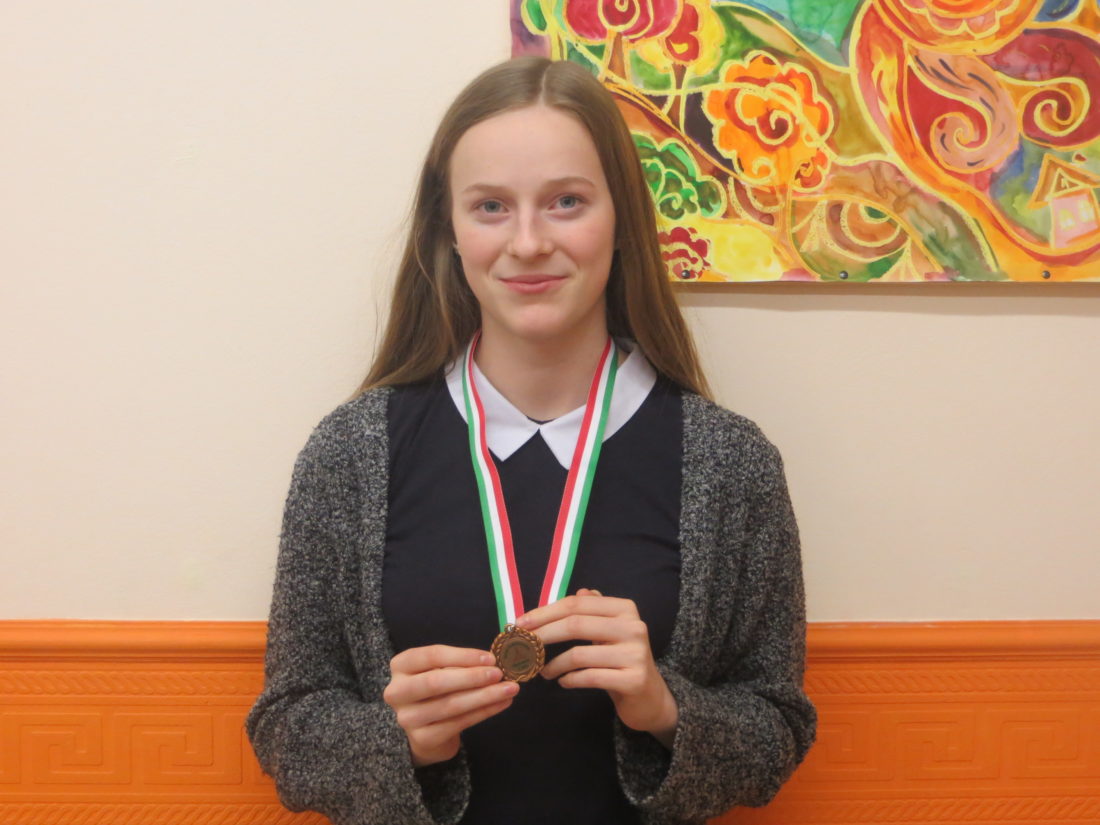 ‘In November 2017 I and my 3 classmates participated in the regional Bolyai Mother Tongue Group competition. This competiton has been organised since 2005 for student groups with 4 members. In december we got the news that we came first in the regional competition, which meant that we were eligible for the national final competition. There were more than 400 groups out of which only 6 were invited to the final round on the 20th of January. We were studying and revising a lot with my classmates to get the best result. Finally, we got the third place and we are very proud of our performance.’