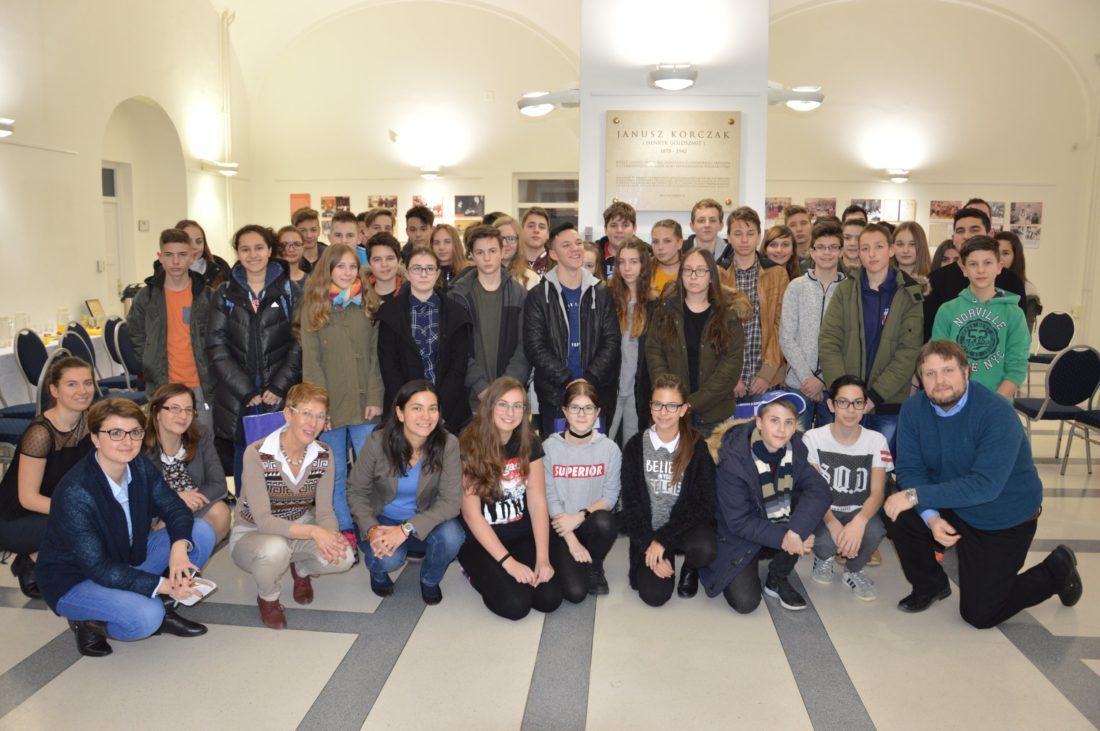 “On 26th January we spent a couple of hours in the Office of the Commissioner for Fundamental Rights with the eight graders of the Foundation. During our visit we participated in various creative educational games which highlighted children’s rights. Through the introduction of the previously prepared courseworks we could gain an understanding of the participants’ opinion on children’s rights. It was amazing to see all those excellent drawings, collages and compositions. Hopefully the subsequent visits will be similarly efficient, as this day proved to be very instructive not only for the children, but for the organizers as well.” Melitta Lévay Group 1 of Jászság

„We headed to Budapest early in the morning. We went to the Office of the Commissioner for Fundamental Rights, where we got familiar with our rights through several group work activities. After the programme we went to the Cyberjump trampoline park that we were excitedly waiting for. Right after entering the park we immediately started jumping. Later on Face Team arrived who grabbed our attention with their impressive flips. After jumping a lot our hungry group ended up in McDonald’s.” Mirjam Bartyik Group 1 of Kaposvár

“I think I enjoyed the training on children’s rights far more than the trampoline park, because the instructors were nice and funny hence the training was really entertaining and interactive. Everybody got presents so it was worth preparing for.” Dániel Illés Group 2 of Mohács

“After our visit in the Office of the Commissioner for Fundamental Rights we had the chance to take a walk along the Danube and near the Parliament. This city is beautiful, I like coming here.” László Szabó Group 1 of Mohács

“The educational training was really useful, still as a handball player I enjoyed the trampoline park the most. I felt like I was dreaming: an abundance of trampolines and games were waiting for us.” Panna Beke Group 1 of Mohács