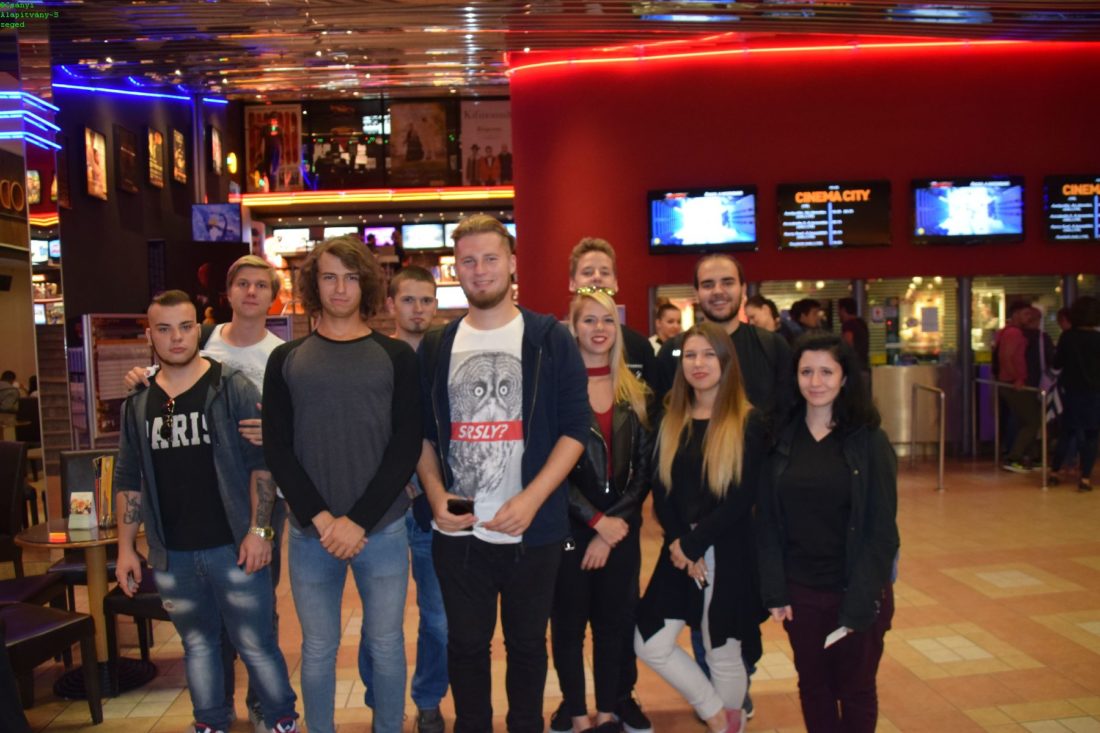 On September 5th  the Szeged 2 group had a wonderful dinner with pizzas and watched Dunkirk – a historical drama- in the cinema. 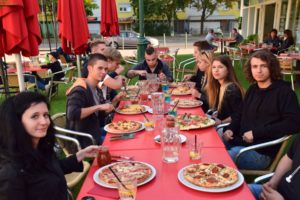 It is based on a true event, when during World War II Germany encircled the British and French troops at the coast of Northern France near Dunkerque (in english: Dunkirk). It would have been one of the most tragic happening of the World War, if the British fleet hadn’t come up with an unexpected idea, and although with big losses, around 300 000 allied troops were rescued and escorted to England. The film realistically illustrates/represents the horrors of war, the fear, frustration and despair the soldiers had back then so it isn’t hard for us to feel sorry for them. The group watched the outcome excitedly.