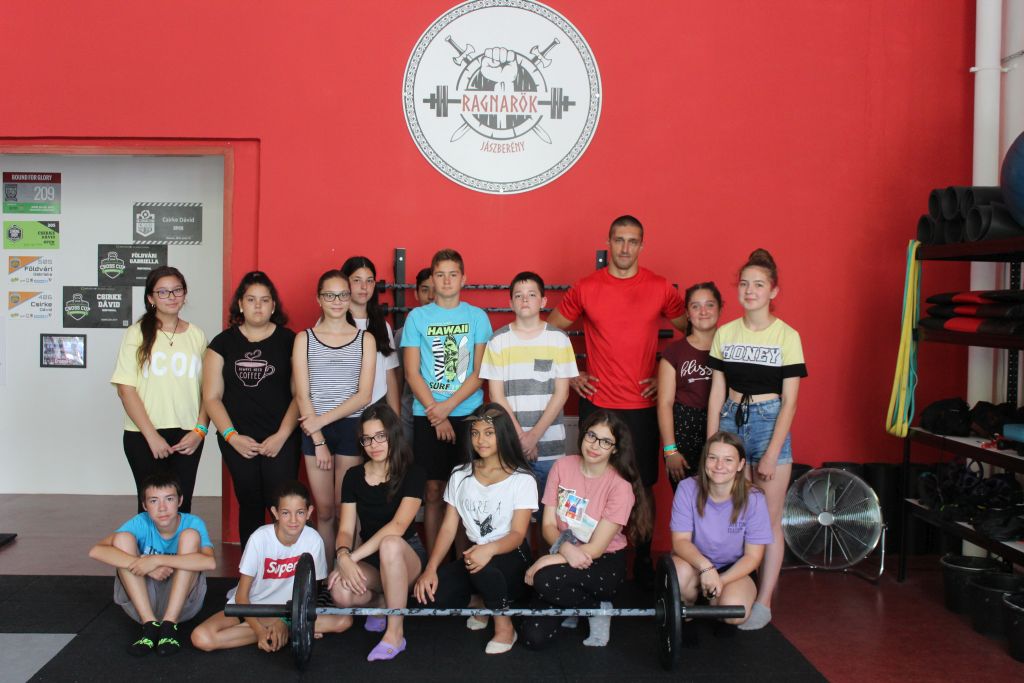 The health camp in Jászberény was mainly in the spirit of swimming, as we consider it important that our children are as safe as possible on the beaches and in places with living water. In addition, the children gained a lot of useful knowledge in the field of a healthy lifestyle and were able to learn about new sports as well as fruits and foods that were previously unknown to them. We also heard about the environmentally conscious lifestyle, the Hajta Nature Reserve and special extreme sports this week. The camp experiences are reported by the participating young people.

07.26 .: “This year, the members of the Jászság Group 4 took part in a health camp full of colorful programs, where the children spent their mornings at the Jászberényi City Beach with Dávid Csirke, a teacher of physical education and history, who was already well known since last year. in swimming camp he was also the instructor. On the first day, the members of the group revived what they had learned last year and then got to know new types of swimming. Swimming lessons lasted from 9 a.m. to 1 p.m. every day, with the children taking great pleasure in the summer heat. Our volunteer, Bogi Kohári Nagy, was with us throughout the pools and other tasks. During the afternoon, I was able to take part in a playful, creative task with my leadership, where everyone could create their own caterpillar, or even their own butterfly, from tweezers, balls and decor felt. ” Hégete Alexandra 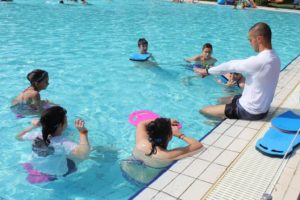 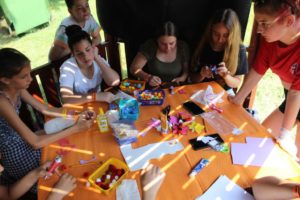 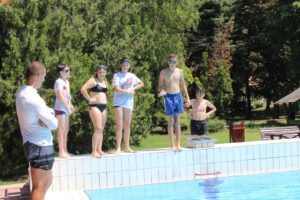 07.27 .: “After the swimming lesson, in the second half of the day we visited the only unpacked store in Jászság – Szütyő. Several of us already had prior knowledge on the subject, as we recently attended an AIESEC workshop where the topic was the environment, and this business is a great proposition for change. The owner of the shop, Rita Kovács, welcomed us very kindly and while she told us the way here, why we set up two types of chips (with lentils and humus beets) and also got some refreshing mint syrup. There was talk of a buying process that is different from a traditional purchase, as everything has to be weighed in brought dishes, bags or emptied (shampoo, rinse, etc.) bottles. We also bought some more special things, dried fruit, homemade syrup, which were tasted during the week. We closed the day with an ice cream called Anjuna, also bought here, which is made from real fruit, only the best quality, natural ingredients, with vegetable milk. All ice cream is vegan and has a few flavors that don’t contain any added sugar. Once again, we have taken a step towards an environmentally conscious lifestyle, learning about packaging-free shopping and also getting to know a lot of healthy food. ” Nikolett Juhász-Aba 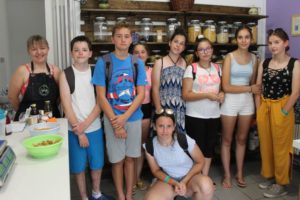 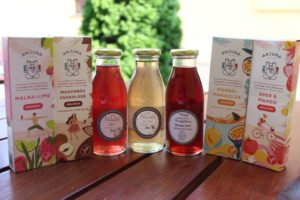 07.28: “This day could also be called“ dry Wednesday ”as we met at the Community House in the morning and then after our self-prepared breakfast, we set off on our full day tour. Our first destination was the Ragnarök gym, which is owned by our swimming instructor. David said that choosing the name followed the line of northern mythology – because if someone visits the gym, it’s the end of something, but also the beginning of something – a lifestyle change as you settle down with your old life and start a new life. During the presentation of various videos, we got to know some extreme competitions in which David had already participated. For example, in individual games: Hungarian Games, in pairs: Double Cross Challenge with your partner, and in teams: The Fittest Gym. We watched in amazement at how much endurance and endurance is needed for these races. We were also able to try out a couple of strength training tools. Such was the case with a heavy ball (6,7,9 kg) that had to be thrown up to the designated line. Almost none of us succeeded. We could also try out the gym dumbbells, but before that we got to know the correct posture needed to lift it. David even mentioned that the gym has been open for a few months and all ages come to train. We then walked on to the Little Forest next to the zoo, which is part of the Hajta tours route. From the presentation of one of the small mentors, Füle Viki (here: Hajta-tour), we learned that there are also cycling and walking tours in Jászberény, with distances of different lengths. Then after lunch at the zoo, we were divided into four groups and set off to tour the zoo. We have seen more dangerous than dangerous, more cute than cute animals. Luckily, we received special attention from the animal caretakers we met at the Zoo Camp and so we also had special spectacle feedings. After a long day, it was tiring to get back to the city, but I think everyone had a good time that day. ” Simon Ramóna Fruzsina 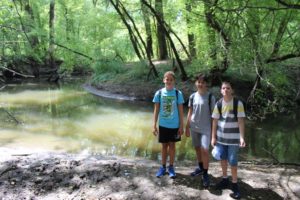 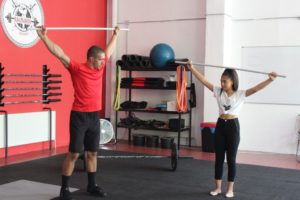 07.29 .: “After the usual swimming lesson, we went to the Community House in the afternoon, where we first completed a quiz on Wednesday in Kahooton about the Hajta area and the fruits, coordinated by the little mentors, Fruzsi and Niki. Then we tasted the interesting food and fruits that we bought in the Szütyő shop, and that Aunt Andi brought us. We tasted: dried pineapple, dried papaya, pumpkin seeds, currants, mangoes, puffed rice, banana chips, blueberries, blackberries, white chocolate coconut dragees, pineapples and grapes, which were very delicious. Before tasting, however, we had to figure out which bowl we had. ” Sas Maja Anna 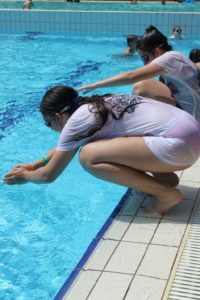 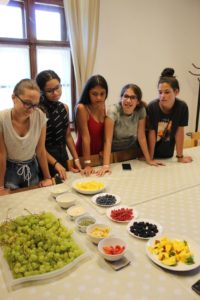 07.30 .: “In the morning we practiced the types of swimming we learned this week, which by then had gone quite well. We also did playful tasks with our instructor and at one of the team games he offered us that if we did successfully, he would surprise us with ice cream on the last day. We were very excited to succeed and got the result of a lot of practice as we received several boxes of ice cream from David on Friday afternoon. For the rest of the afternoon, we could try our hand at land and water sports. We first tried volleyball on the sandy court, where Niki, the little mentor, showed us the basics, as he recently attended the foundation volleyball camp. We loved this sport very much because it spurred us to cooperate. Although at first we stumbled, but by the end we came in. After that, we targeted the pool and could also try water sports. ” Ignácz Dávid 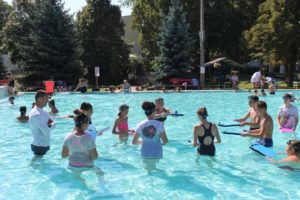 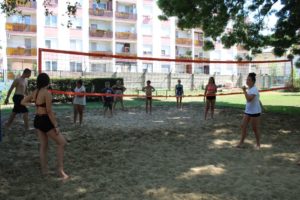