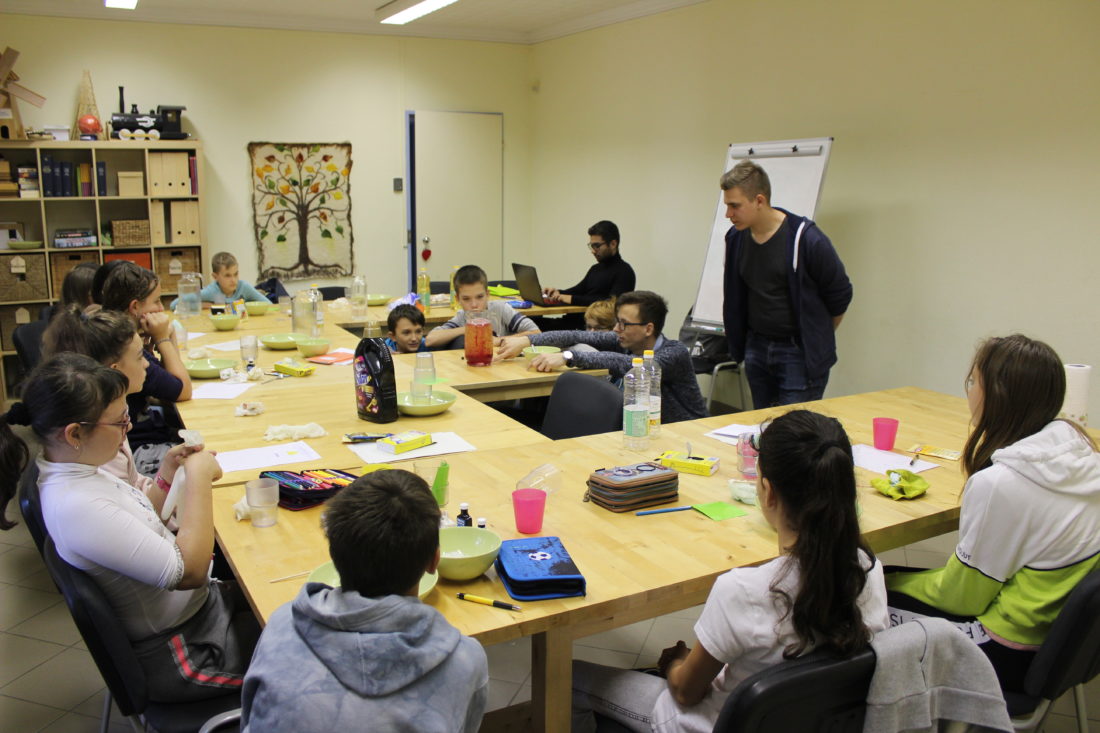 “Today we continued our project called „Tisza, from Tokaj to Szeged” and our main topic was the water and it’s properties.

First the students had Math where they could practice liquid measures, solved mathematic problems regarding liquids. They also learned about the physics of heavy iron ships staying on the surface of the water and also how people could use the forces of the running water of river Tisza. They also watched a video about water-mills and their functioning. 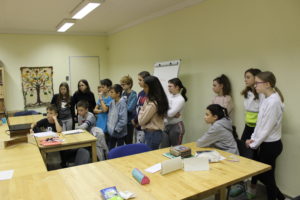 In the afternoon our university students continued the work with the children.

The students were amazed by our spectacular experiments regarding our topic. This lesson was organised by Mark Somogyi and with the help of Daniel Kovacs and Me, it went very well.

We started with a simple experiment. The students had to fill a glass full of water to see the top of the liquid bending a bit and not running out by the effect of surface tension. 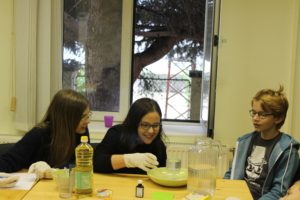 During the second one they simulated a whirl. With the use of food coloring we could see that the whirl pulls everything to the center bottom of itself. That’s when they learned that when someone swims inside one, swimming to the sides instead of upwards is the best thing to do. It was also learned today, that in oceans and seas, it’s the currents that make the whirls. 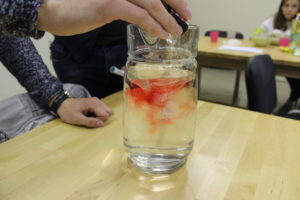 The could try to make salt magma, with water, oil, and salt. The salt is poured inside a glass of water with oil on top, and once the salt took down the small drops of oil to the bottom and then dissolved, the oil bubbles traveled back to the top. 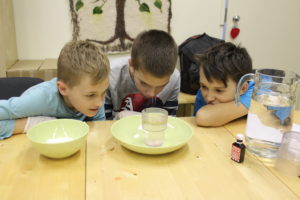 The most exciting experiment was when a glass of water and a glass of oil had to swap places with the help of the difference of their density. This took them a huge effort but it was done very well by them. 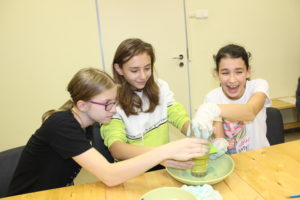 The last one was the most spectacular one, we made a „lavalamp”. We poured water, oil and food coloring into a jug. Then we put spoons of a mixture of citric acid and cooking soda. The water reacted with this mixture and it started to fizzle hence the bubbles of oil going to the top of the jug making this cool look. 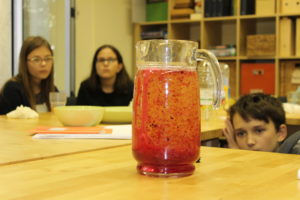 At the end of the day the students had Drama class with Aliz Katai, which they were waiting for the whole day. The weather was nice and the advantages of the court could be used. 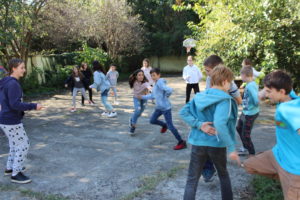 In our opinion, the students enjoyed the programs which we were glad to acknowledge.”

More photos can be seen in the gallery.