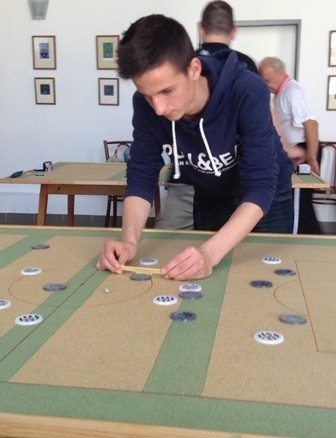 On the second weekend of March, I took part in a qualification competition held by the Hungarian Table Soccer Association in Debrecen.

This must have been the most important challenge for the professional players. This was their last chance to earn points to gain a place in the Hungarian National Team, because there is not much time left until the European Cup, which will be held in Hungary within two weeks. However that was not my reason to compete. My goal was to achieve a good result besides having a good time. The competition did not start as good as I imagined, because the professional players I played against, brought their best form. Therefore I could score goals and make my opponents’ work more difficult. Approaching to the end of the day I got easier opponents, who were there for the same reason as me, which was to play some exciting matches. In these games I could mostly defeat my rivals and I was satisfied with the results.

I gained a lot of experience again, which on the next competitions I will try to benefit from!