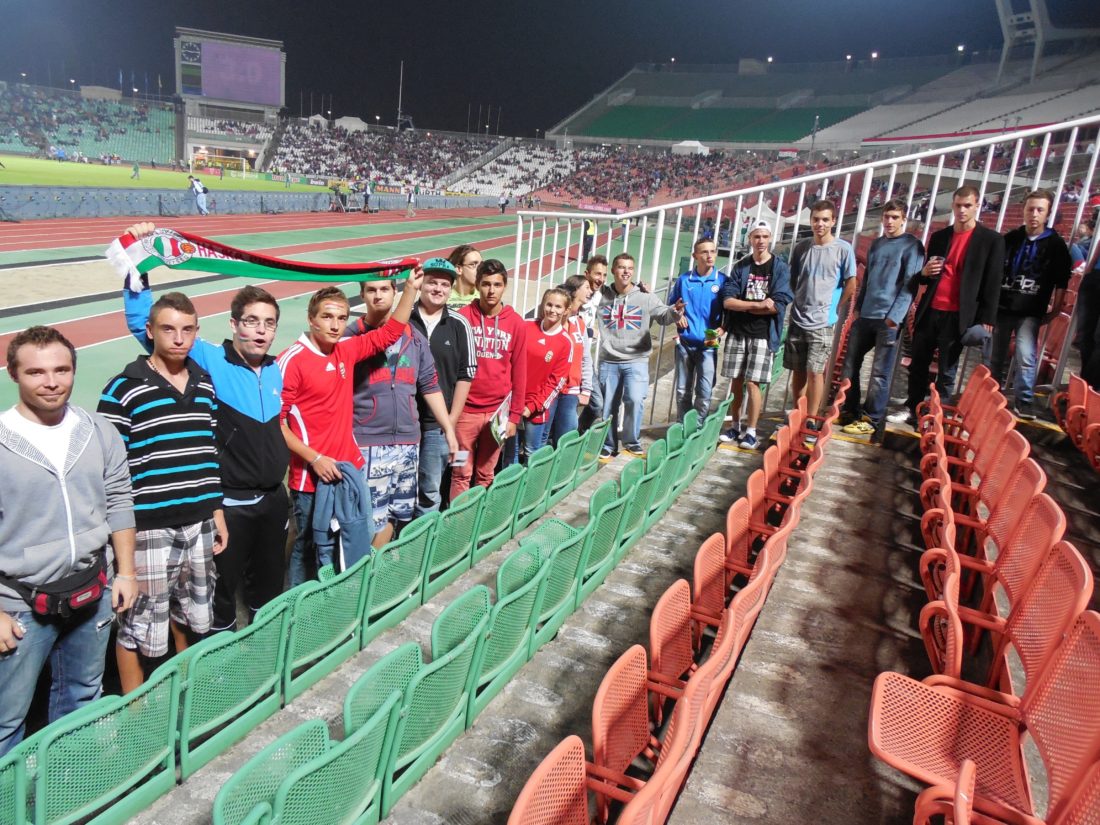 It was fantastic to hear the cheering crowd and uplifting to see who the footballers were playing for Hungary.

As a volunteer of Csányi Foundation’s Kaposvár group, I had the possibility to accompany the members of the group to the Hungarian-Estonian World Cup Football qualification tournament in Budapest on 10th September. I helped the work of Biro Partik mentor from Nagybajom.
I believe in the importance of sports as it is a great way to revitalise people – and regardless of any kind of sports – it also has team-building aspects. Fans come from the community houses of Nagybajom, Kaposvár and Pécs and in Budapest we join to the group from Jászberény. We were seated close to the pitch with excellent view to the match. It was fantastic to hear the cheering crowd and uplifting to see who the footballers were playing for Hungary.
The children enjoyed each moment of the match and cheered for the Hungarian team. Fortunately, our team won the match and sometimes the opponent teams’ supporters cannot bear the defeat with dignity but the Estonian funs behaved exemplary. After the match, outside the stadium they clapped the Hungarians showing respect to our victory.
I hope to be part of such experiences in the future with the children of Csányi Foundation.