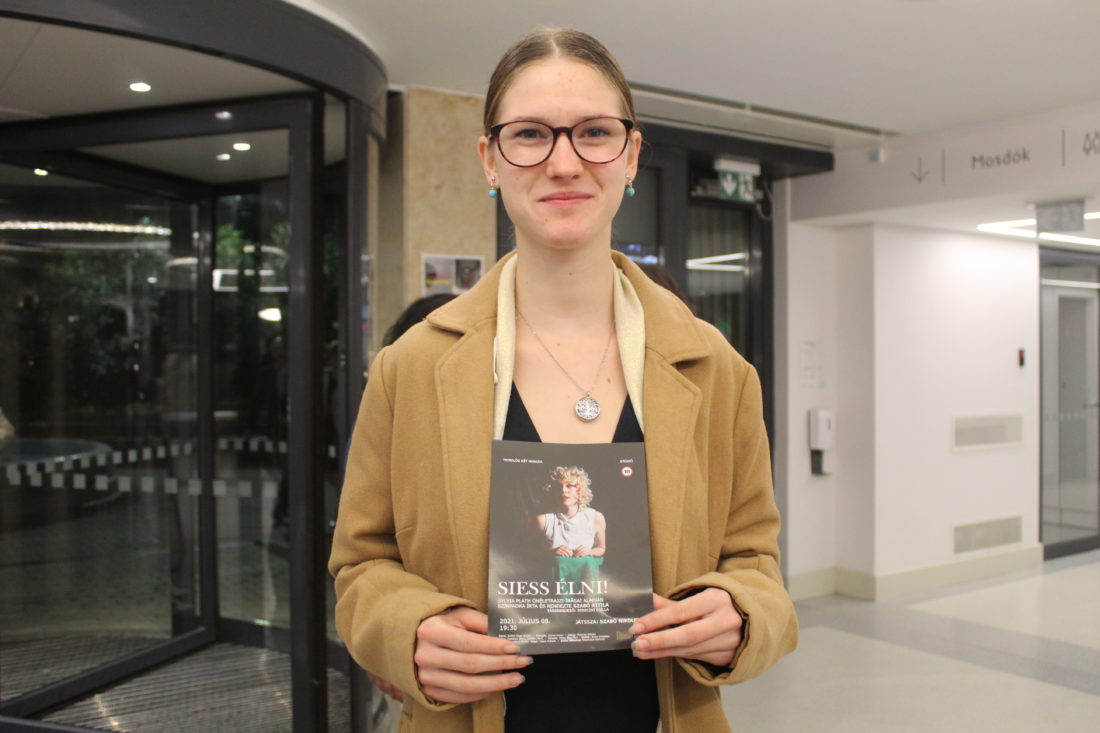 These three words definitely come to mind about this Saturday. Beneficial because both the younger and older members of our group were able to learn something useful: the 9th graders were and are practising for the PowerPoint module of the ECDL, as their exam will likely be at the end of November. 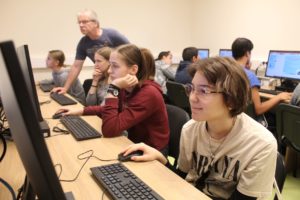 For those who’ll be taking GCSEs next year, teacher Gombos strove to show us some lesser known yet practical feats of the Hungarian grammar and literature subject. We solved one of the previous years’ comprehension tests, then he walked us through the solutions, while we asked about the foggy parts of the exam. Ádám Balogh, one of our volunteers, always manages to make us think long and hard during his workshops. A key feature of these jolly get-togethers is the tough challenges that his problems in logic provide. This time was no different, as we had quite an argument trying to solve the riddles. All in all, the workshops were very contentful. 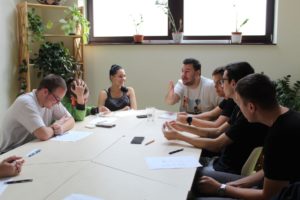 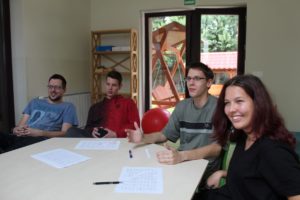 Next up was the first presenter of our ’Roads’ project, Lívia Sárvári, who told us all about opportunites and the winding paths of life. Lívia is from Komló, and she works as a mental health professional at Temporary Home for Families. We also learned how she went from graduate teacher to business owner and entreprenuer to dedicated social worker with the goal of helping underprivileged people. The biggest takeaway for me was that we should keep an eye out for when opportunity comes, never become withdrawn and always be open towards the world. Believing in ourselves and in our ability to stay on the right path doesn’t hurt either. 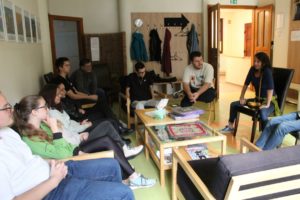 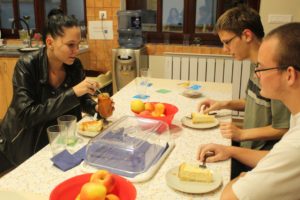 To close the day off, part of our group attended a play. Grannies, moms, boyfriends, our first presenter and the mentor came with us. We watched Gergely Csiky Theatre’s very own ’Strive to live!’, a monodrama by genre – which is quite an intimidating word for me. ’What horrifies me most is the idea of being useless’ Sylvia Plath wrote, whose name was unknown by me but this play, covering a difficult topic, meant a truly unexpected turn of events after this long day. It was one of, if not the best, plays we’ve ever watched together. Hours have passed and I’m still lost for words. Many thoughts, feelings and memories churn within me, many of which will likely formulate a poem but I have yet to process them. This genre could possibly be one that I’ll keep an eye out for. Although I’m quite unsure, whether the lenghty pondering caused by this play is of use or not, it was undeniably worth it. All I can say is: it is a masterpiece!

Plath – having been the most active in the US in the 1950s – talked about the role of women, underprivileged people, suicide, abandonment and deep loneliness. These are still sensitive subjects that are considered to be difficult to talk about. This play however, touched upon many hardships and barriers yet unknown, that are barely even mentioned. We avoid these subjects… But director Attila Szabó pushed these boundaries by showing us the American writer’s life in a rather unusual form.

The audience couldn’t get up from their seats after the play ended. As the lights went out, some strange force kept their hands down. It was very difficult to get ourselves to applaud after this experience. It was an emotional rollercoaster. The directing, the symbolism, the minimalistic set, all were perfect choices. Of course it would be cruel to forget the unmatched act that Nikolett Szabó put on, portraying both emotions and inner struggle. She was all by herself on the stage, and managed to show us the neurotic poet’s thoughts and feelings in an almost awkwardly honest way.

After the play, the director and the actress sat down with us for a chat. This was great to release some tension. We learned many important information regarding the creative process. Many of our whys were answered. We touched upon the difficulties of the acting process as well as the exciting but yet to be unraveled set pieces. We ended the day with unexpectedly meaningful experiences. Thank you, for giving us the chance to be a part of it! 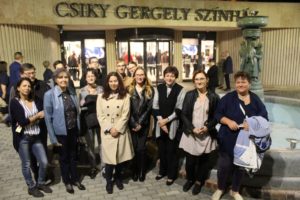