Local Camp in Group 3 of Pécs 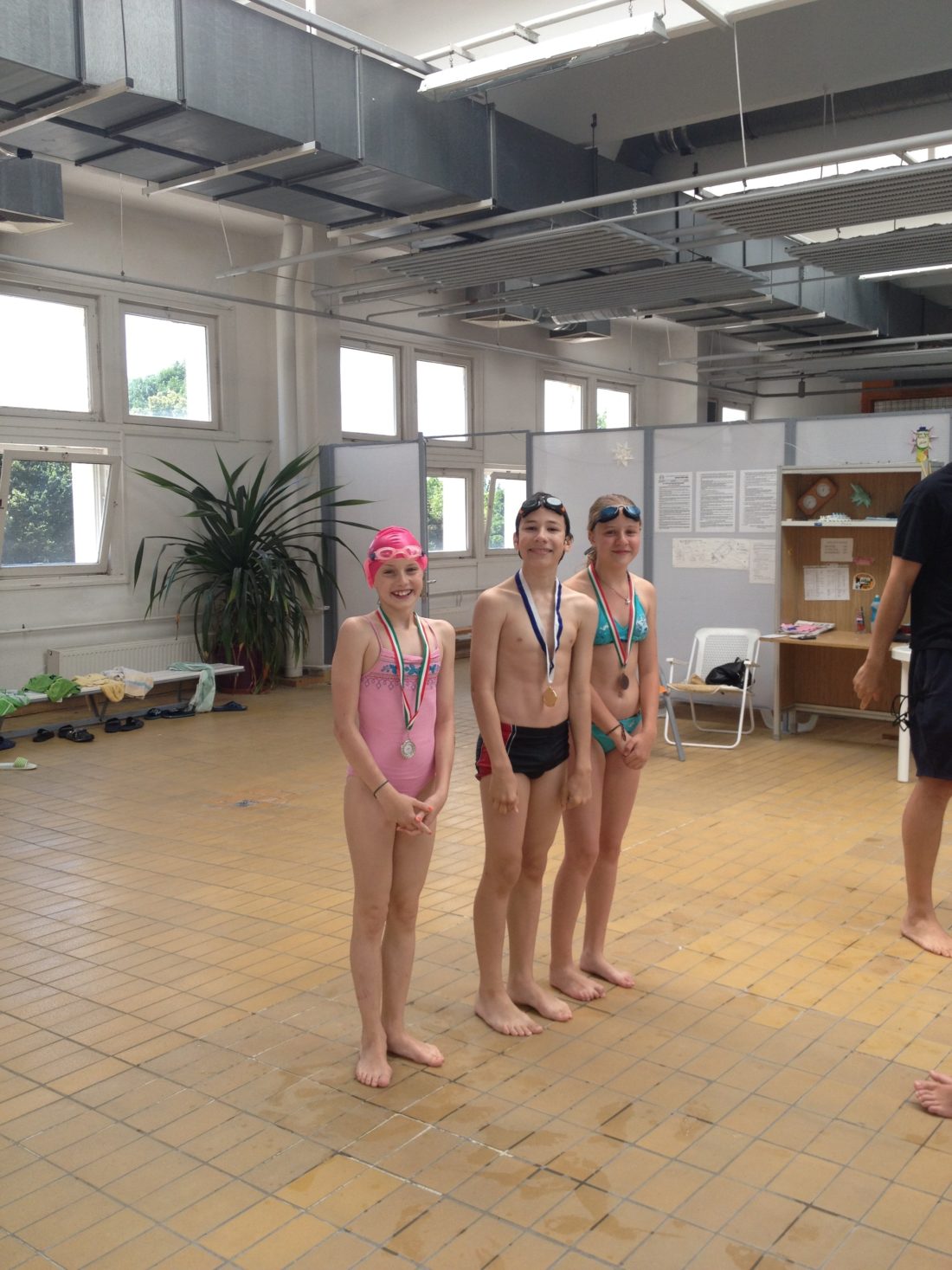 Local Camp in Group 3 of Pécs

The summer camp of group 3 of Pécs started today (16 June). The camp lasts for two weeks, during the first week colourful enriching programmes will be available, while in the second half we will start the intensive swimming training in the ANK swimming pool.

The first day of the camp

When we arrived to the Community House in the morning, the smell of fresh bakery guided us to the kitchen. After breakfast, we started preparation for the Walk of Life Day. Everyone learned their words then we added the movements and finally we spiced up the show with ‘acting’. Of course we laughed a lot during the rehearsal. After lunch, mother of Zsani showed us how to art from wool. After preparing the bell wool ball we could try to make different animals, flowers from wool.
It was a great day and we are looking forward the next day’s programmes.

Second day of our local camp

Today morning (17 June 2014) Physics in Games playful lesson was held by the mother of Zsani, who showed us and built together such interesting games like the revolving roller, catch the bird, noisy chicken and button gyroscope top. These objects can be prepared at home with parental guidance. We were really excited about the games. After lunch Ms Ildikó, mum of Ivett, toughed us how to make bracelets. The boys, in the name of the football world championship made their favourite teams’ bracelets. And the visit to the teddy bear museum was another unforgettable moment of the day.

On the third day of the local camp we were practising the Walk of Life Day production with Mr. Zoltán. Everyone was good at doing exercise and reciting poems. At the end of the drama lesson we enjoyed the one-minute pillow fight. In the kitchen there was a delicious lunch waiting for us. In the afternoon, Anna’s mother showed us how to make objects made of clay. We were very excited about the little treasures.

The fourth day of the summer camp

The primary aim of the morning lessons was the rehearsal for the Walk of Life Day performance. Everyone was well prepared, thus we were moving ahead quickly. In the afternoon we were practising for tomorrow’s challenge, the first language exam students are supposed to take in the foundation.

The fifth day of the summer camp

Today we were all excited to arrive at the Community House since we participated in the language exam students have to take in the foundation every year. We all received praise, confirmation and good advice from Mrs Judit. In the afternoon we ate our well-deserved ice cream and took a train ride in the city. During the journey we could see the sights of Pécs. This week was fantastic.

Today we started the swimming camp. After the morning warm-up exercises Mr Árpi, our trainer assessed our swimming skills. He made the first day of the camp really funny with many-many games. ‘Diving masters’ were born this day as well, Zsani and Krisz. After elevenses Mr Zoli helped us to be perfect with our Walk of Life Day show. After lunch, we jumped into the pool again. The group proceeds really well.

The day started with heavy rain but we could manage to get into the pool before the rain. After the warm-up exercise we revised the basics of back swimming and proper breathing. Ms Dorina and Mr Árpi prepared with many exciting games today as well. After elevenses we went to the ANK House of Culture where we picked up books that we are interested in to read in the summer. We are looking for the ‘Bookworm’ of the group. The aim is to read more books in the summer beside the compulsory literature. The afternoon swimming lesson was spent with practising without swimming boards. We are looking forward tomorrow when Balázs will test his new waterproof plaster and he will also be able to take part in the swimming lessons.

We woke up for a rainy day again today but it could not spoil our good mood. After the morning warm-up exercises, we ended up in the deep water and Balázs could swim with his special waterproof plaster on his arm. After elevenses, we continued rehearsal for the Walk of Life Day. After lunch, we practised swimming again. Ms Dorina and Mr Árpi made the day colourful and enjoyable with many interesting games.

As we have done so far, the day was started with the morning exercise then we happily jumped into the water. Today we practised breast swimming and back swimming. After elevenses, Mr Zoli helped us to rehearse for the Walk of Life Day, which we played on the staged of ANK Theatre. We all liked being on the stage and of course the play was lovely. After lunch we went back to the swimming pool and practised the swimming techniques that we had learned in the morning.

Last day of the camp

Today was a bright sunny day when we got to the entrance of the swimming pool. After the morning exercise we practiced those strokes that we have learned during the week then we played water basketball. After elevenses we went to the nearby playground to play a bit and then we went to eat some ice-cream. After lunch the last swimming lesson arrived. We organised a world championship. The results are the following: Zsani came third, Ivett was the second and Beni became the first. Naturally, all the three contestants got their medals. Beni handed his golden medal over to Dani, who was really scared at the beginning but in the end he fought against his fears and could learn how to swim.
We would like to thank Mr Árpi and Ms Dorina’s work and help in this swimming camp as we all now can swim safely.