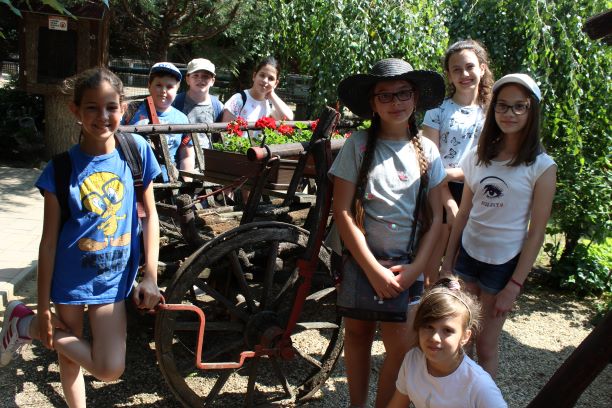 The Jászság Group 4 was not idle during the long weeks at home either, as a lot of works were made for the “Closed Spring” competition announced by the Foundation. The most diligent children from the group took part in a trip on June 29, during which we visited the Gyöngyös zoo in the morning, and after our lunch in Mátraháza – we took part in an adventurous tour along the Bene stream. In the hot summer heat, it was really good to walk in the cool water stream, we didn’t even regret getting wet.

“On June 29, we went on a reward trip, first stopping at the Gyöngyös Zoo, where we could see many interesting animals – including Csámp, the fox – but there was also a petting zoo where we fed rabbits and guinea pigs. Afterwards we went to Mátraháza, had lunch and walked in the woods where there was a stream with huge stones on which we walked boldly. We got wet, but we had a good time. After hiking in the woods, we went for ice cream and to the nearby park, where a great playground awaited us. ”