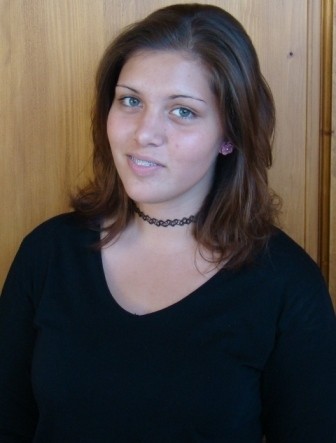 In 2012 I was admitted to the Music Talent Institution which was dreamt by Snétberger Ferenc and I became one of the 66 students, on guitar major.

In this Institution I could spend 11 weeks of learning during the school year of 2012 and 2013 mostly in school breaks. We participated in camps which aim to give support and help for principally Roma origin students between 10-25 years old in order to explore their talents and abilities. During the courses, in addition to our individual musical training, we also could learn how to be self-confident on stage, the tricks of being a good performer and also how to manage ourselves. During the course I could learn about nice people like Snétberger Ferenc, founder who I met personally, I met Szőke Nikoletta jazz singer, who gave me the first proficient private singing lesson ever in my life, Farkas Rózsa Liszt-laureate dulcimer-player, who taught solfeggio to us, Neumann Balázs, who gave us lectures on jazz-theory, Lakatos György violinist and Balázs János pianist gave us lessons on classical music practices. Our teachers were: Toni Snétberger, Lamm Dávid, Tóth Mátyás, Michael Webb and Bognár Réka, who is the manager of the well-known folk singer Palya Bea. During our stay the Institution provided classrooms for us where we could revise the already learnt topics and as the camp’s duration was longer than the school breaks, we could make up the shortfalls as well.

The main programme of the camp was the semester closing concert given in March. It had two parts, one of them was an in house concert for us and a big concert which was organised in the hall of Pannon University. I could perform in front of many people and I can tell you that I was not nervous at all, I just let the music flow.

An intensive, exciting and meaningful 11 weeks are behind me and the experience I gained can be used in the Csányi Band as well.