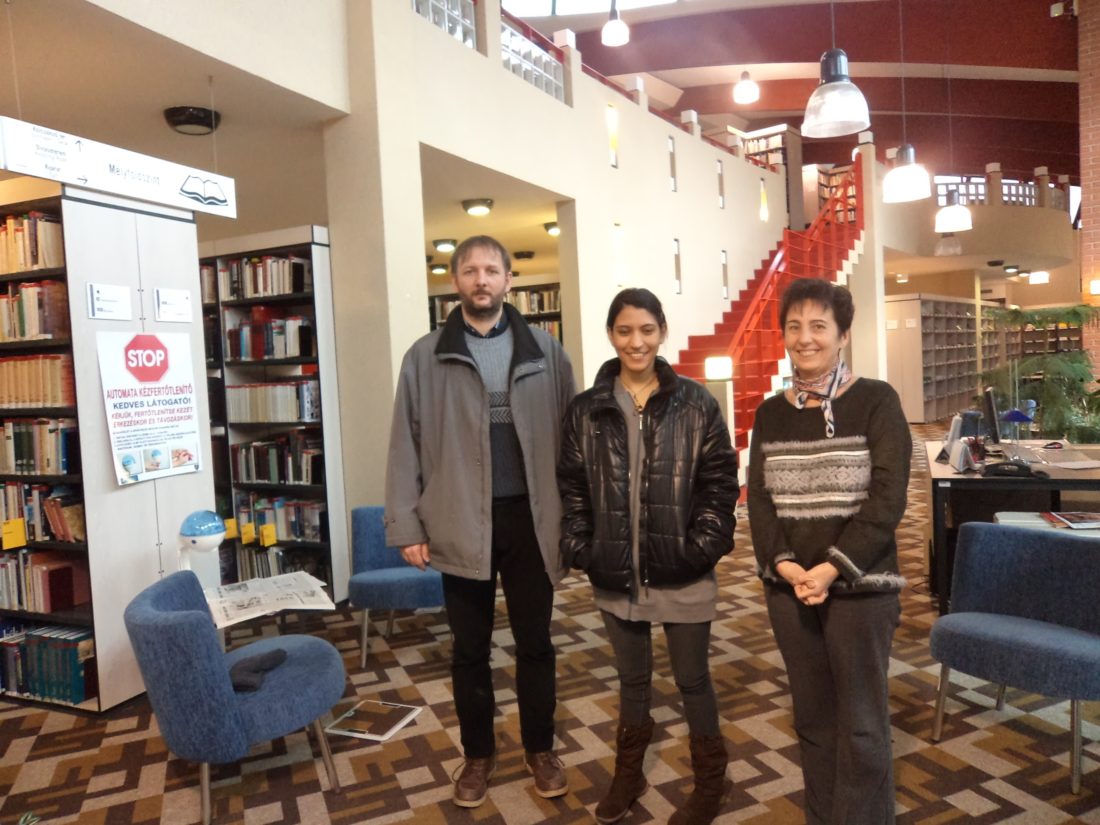 Today, on 6th February, I had the opportunity to visit the university of Kaposvár.

It was founded exactly in 2000 and the main building has been in its current location for only six years. Even though it’s a young institute with only four faculties (Economics, Agriculture, Art and Pedagogy), Kaposvár University is very well-organized, clean and the building has got great infrastructure with spacious dorms and well-equipped kitchen for the students who live there. The library is beautiful and extensive. It has got three levels each one with a particular purpose. And since equestrian sports are a tradition that go way back in Hungary, the University also has its own stables so the students can practice those them. The horses and pigs bred in university property also serve other purposes such as being guinea pigs for cancer related researches.

I don’t need to say how great it was to visit Kaposvár University, especially faculty departments so different from the one I’m currently in. It also allowed me to get perspective since it reminded me of my own school. I’m a Mechatronics Engineering student at the University of São Paulo (USP). USP is the biggest university in Brazil and also in Latin America, followed closely by the University of Mexico. It’s been ranked as the 38th best university in the world ahead of respected universities such as Princeton and Oxford.

The campus I study in is located in São Carlos City and it has only Exact Sciences related faculties such as Mathematics, Engineering, Chemistry, Physics and so on. It is a small city (between 200.000 and 300.000 inhabitants) so it all revolves around the two big universities (Ufscar and USP). So it was surprising for Péter and Sasa who studied in such a small college to find out that almost half a million people took the exam to get into USP in 2009. And even though both Kaposvár and its University are small, I was impressed with how busy Kaposvár’s cultural life is, even more than in some Brazilian cities 4 or more times the size of Kaposvár.

I thank Péter for inviting me and showing me around the university, and also Sasa for taking me there. I felt very welcomed once again and congrats to Kaposvár University, keep up the good work.