In the footsteps of the kings in Őrvidék 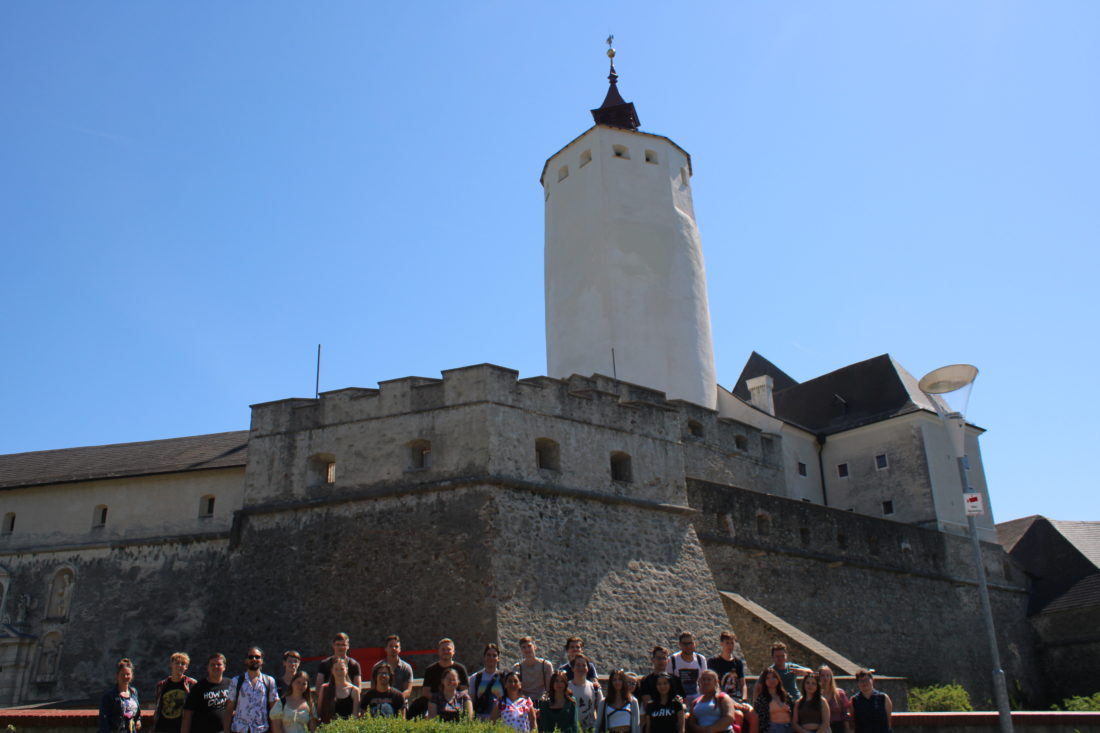 In the footsteps of the kings in Őrvidék

On our last day, after the usual delicious breakfast, our one and a half hour bus trip to Szentgotthárd began. Here we visited the Opel factory in two groups. Our first stop was in the factory building that was being reconstructed, where our tour guide told us about the history of the factory. Cars have been produced in factory since March 13th 1992, and motorcycles since 1996, the same year car production ceased. Our timing was also excellent, as this year the factory celebrates its 30th anniversary. Many types of engines are produced here, but the determining factor is not the quantity but the quality. This is also why Szentgotthárd could become a “quality indicator”. Nowadays American export engines are here for assembly. In the rest of the factory, we could see the technological developments, as the factory employs twice as many robot machines as there are people. According to numbers, its workforce is about 800 people and in its hayday the Opel factory provided work opportunities for 2,000 people. The workers include skilled workers and colleagues trained in the factory’s education center, the so-called Knowledge Base. Sintén, the factory also has its own medical service on the premises of the factory, which is open all day, in addition to an automatic fire protection system, and what surprised me the most is that there is also an OTP Bank inside the factory. Of which, after my question, we learned that its main function is to facilitate the administration of employees. All located in an area of ​​100,000 square meters, of which, unfortunately, only 40,000 square meters are used for production purposes. We devoted the late afternoon to the possibilities offered by the accommodation. Then at half past eight in the evening, the last dinner began.