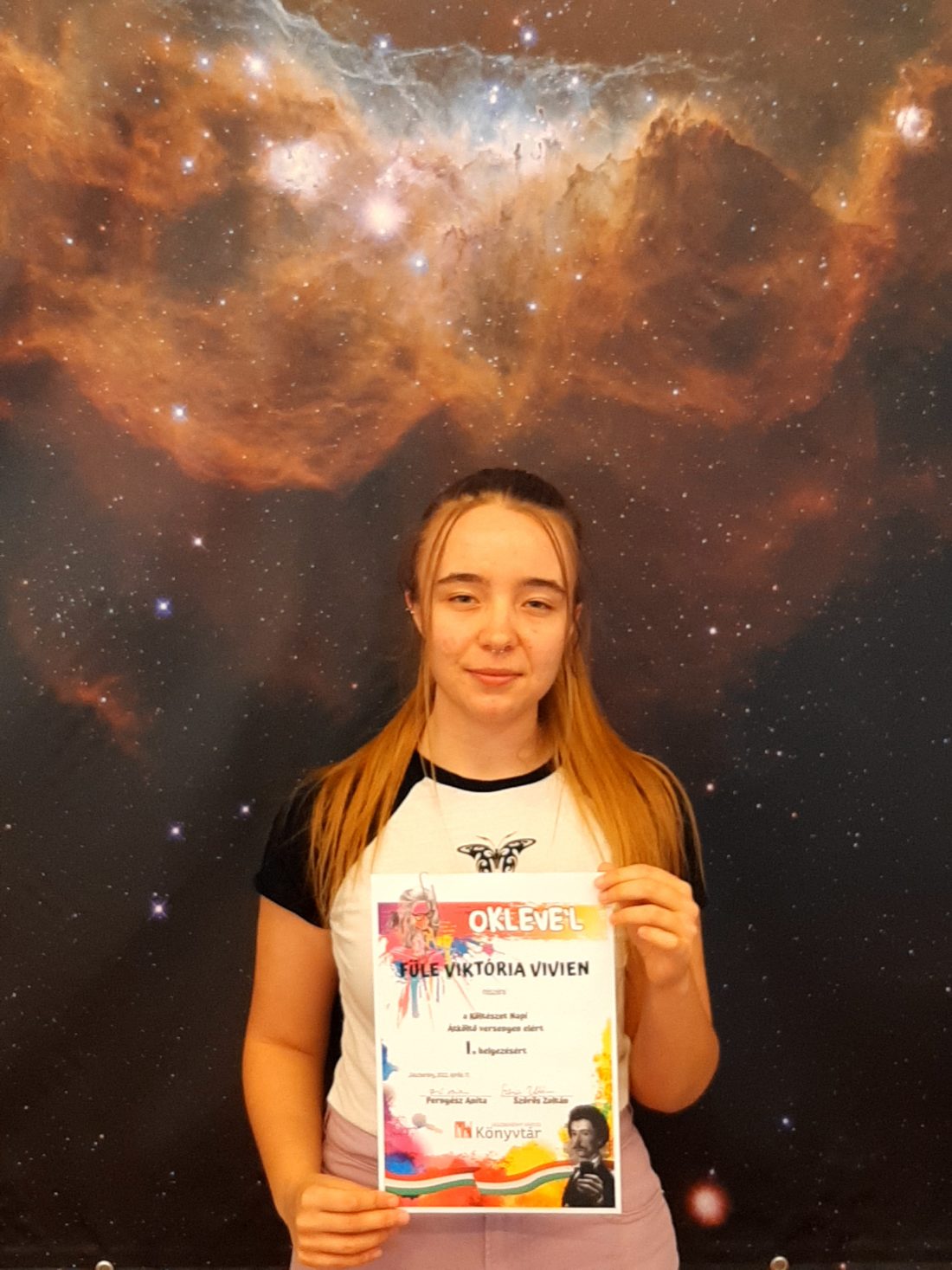 The Jászberény City Library announced a Transfer Competition on the occasion of Poetry Day, during which it was possible to apply with poems by Sándor Petőfi. It was the task of the amateur poets to rewrite a maximum of two freely chosen poems. The competition was open to four categories – by age group.

Viktória Füle, a member of the Jászság Group 2, often writes poems, in which she expresses her current thoughts and feelings. So it was natural for him to take part in the transfer competition. He chose two poems that he reshaped according to his own world, thus reviving the poems. The work was so well received by the professional jury that Viki took 1st place in its category with the poem The Wine Bar.