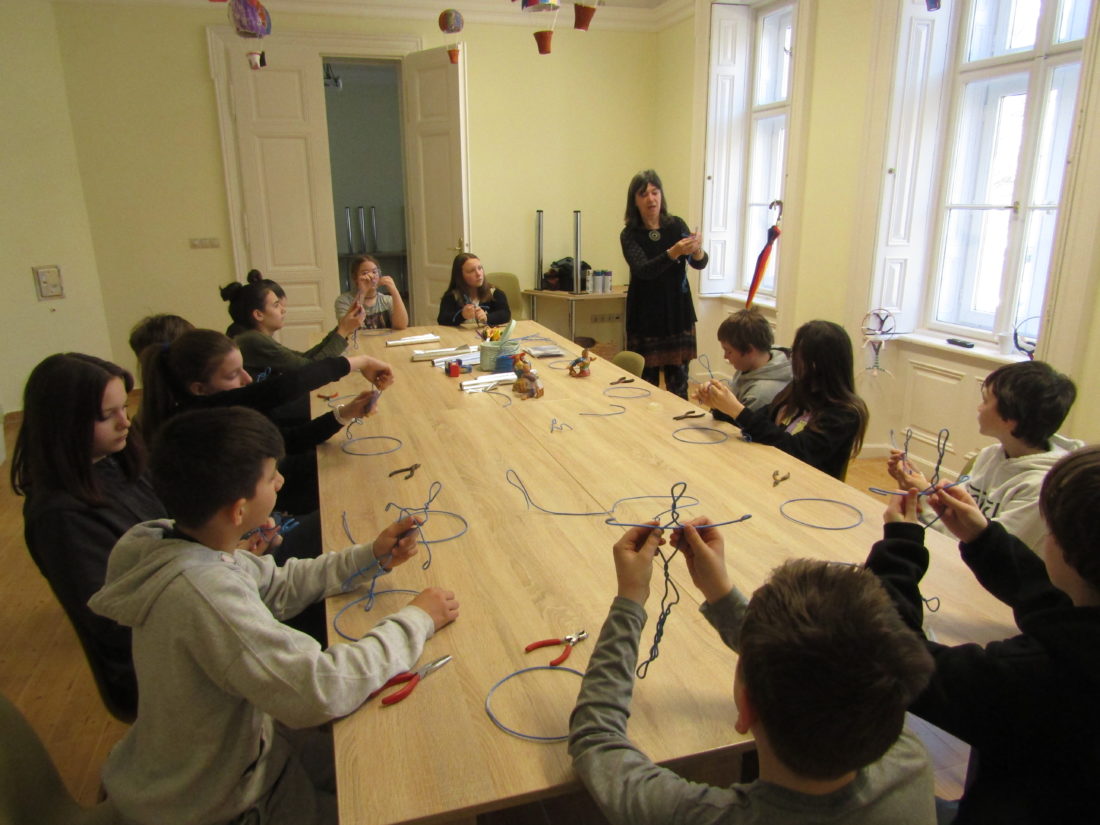 On 12th March group 2 has spent another delightful day together. After breakfast we split up into 3 groups, we formed groups with 4-5 people we played with a board game called: Szentesi Városkerülő (Around the City of Szentes), which contains 6 different type of games, this way we had the opportunity to try various ones. The game affirms identity to the local community and it also serves as very informative, it keeps and hands over the local values. After the exciting game a craft shop started with Beke Mária, where we chose out some interesting movements from the world of the acrobats at the circus, which is a part of the Safety project. We created the acrobats from wire practicing our manual skills , and then we put the figures onto hoops. After the meticulous work we visited the Koszta József Museum in the city of Szentes, where due to the 15th of March, we were able to take a peak at the collection of relics connected to our national holiday, which are from the personal collection of the city of Szentes, we listened to the story of Kossuth Lajos’ trip to Szentes in the intriguing lecture from a museums employee. After that in a temporary exhibition we looked into Rodolfo magicians life and its work, with the assistance of our guide we got to look into the secret of some of his tricks. At the end of our trip we got to participate in an amusing experiment, by virtue of magic, with making our bodies disappear, only our heads were visible, which made every single one of us smile! When we arrived back to the community house we had our lunch, and then we continued our packed day onto the sports field with soccer, basketball and table tennis.

The craft shop in connection with the circus arts was held place lastly, which connects to the Safety project in a way, that most circus stunts are based on the fact that the acrobats are entertaining the audience by putting their life on the line. With collective elaboration we discussed which factors are the ones that connect to the world of the circus and safety. After our statuettes which are made out of previous clay, we studied  acrobat statuettes’ formation which are made out of different materials by sculptors and the project of the class was to create similar statuettes to these ones. After studying hoop acrobats’ photos, their movements, we folded the base of a human body out of electrical cord for hoops made out of bendable wires. Aluminium foil was used to make the shape of the body and then either from our imagination or from a picture we constructed the body’s movement and applied them onto the hoops. We further enriched the surface of the body with adding metallic spray to it which then made them look closer to the world of the circus. The exhibition of Rodolfo’s life connected very well to this projects theme and ending since we could see that his tricks illusions comes from it being completely safe and it comes from perfect knowledge of the trick itself. 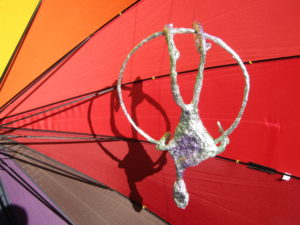 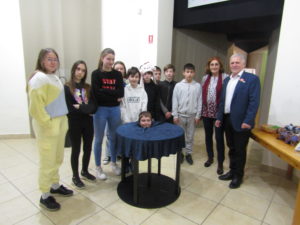 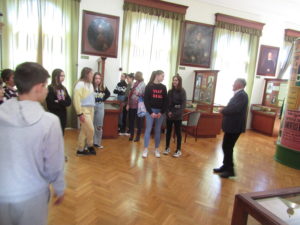 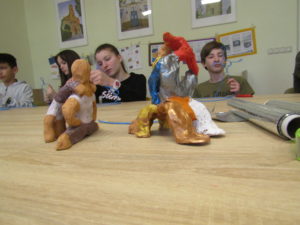 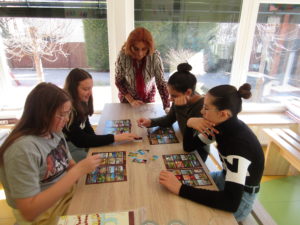 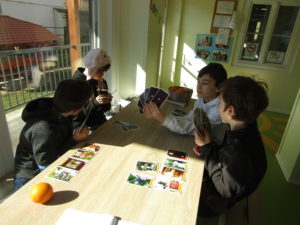