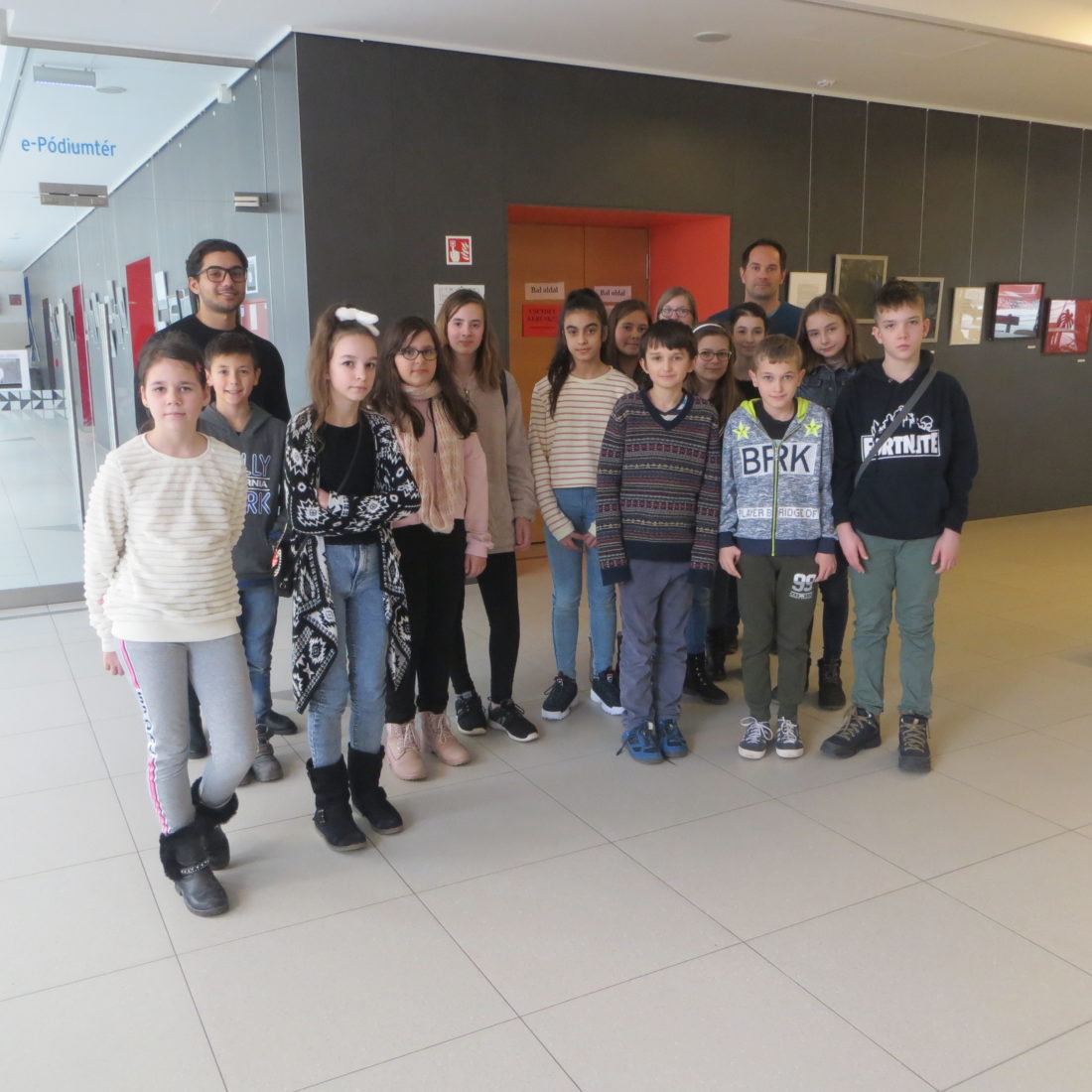 Group 3 of Szeged spent the Saturday morning in the Szentgyörgyi Albert Agóra to learn about the history of PC and IT, do some experiments with UV light, laser and sound then do everyday things in the colourless room, which was not that easy at all.

“The IT and PC exhibition was very interesting as I have never seen a computer as big as a wardrobe and only capable to store 42KBs. We’ve also learnt that we would need more than 16 million of this PC to get the same storage capacity what a modern 1TB Winchester can do. There were some objects that we’ve already heard about just like the floppy disc or the old-school phones. In the last room we could try the old type computer games like Super Mario and others.” Fanni Török, Márk Török

“In the lab the teacher showed us such things that we haven’t tried in Physics lessons. UV light, laser, light sword and putting out a candle with a drum were some of the experiments we did. We did not know that, for example, if we put a passport under the UV light we can read the national anthem.” Tünde Sztancsik, Szolanzs Nagy

“We did not know anything about the colourless room first but when we entered everything was clear. The normal white lights were put out and only orange light lit the room, which vanished all other colours except the shades of orange. It was funny to find the Hungarian flag or tell the colours of animals and cars when there are no colours.” Ráchel Juhász, Hanna Faragó 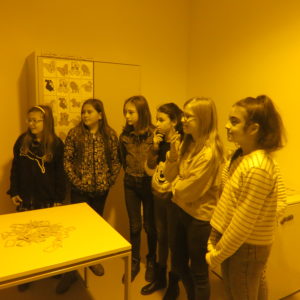 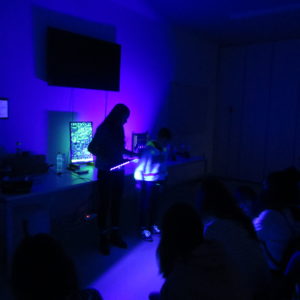 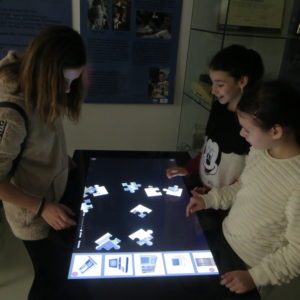 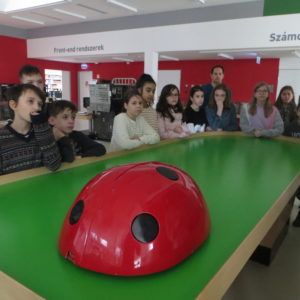 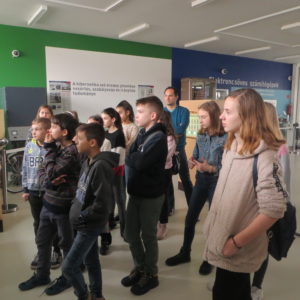 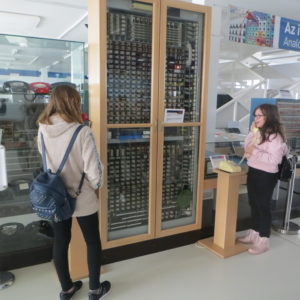