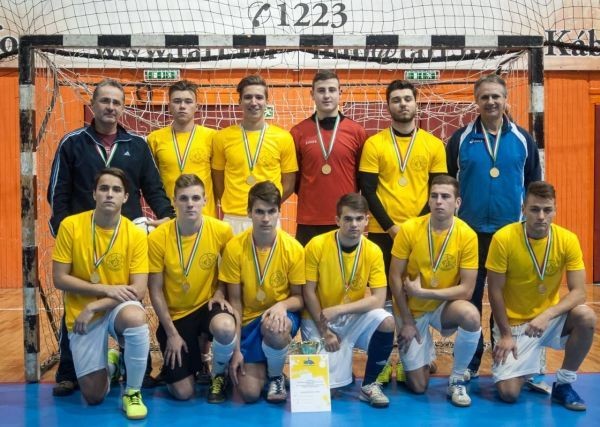 On the 31. of January and 1. of February V-VI. age groups National Football Hall Student Olympics finals was hold in Zalaegerszeg, where the football team of Liska József Catholic Erősáramú Secondary School, Secondary-grammar School and Student Hostel.

Representatives of Jászberény has already demonstrated in the group match, that it wasn’t accidental to be among the best. On Saturday we won four matches out of three, so they headed of the Group B. The Saturday was much more interesting. After getting to the best four, we got the best of team of Kaposvár with penalties, which are kicked by Litkei Gábor and Csókási Zsolt. In the semi final we played with the team of Pécs, the score was tied again but we were better in kicking penalties. In the final the result was 1-1 with Székesfehérvár, then the penalties came – and as a result, we were the champion of the student olympics.