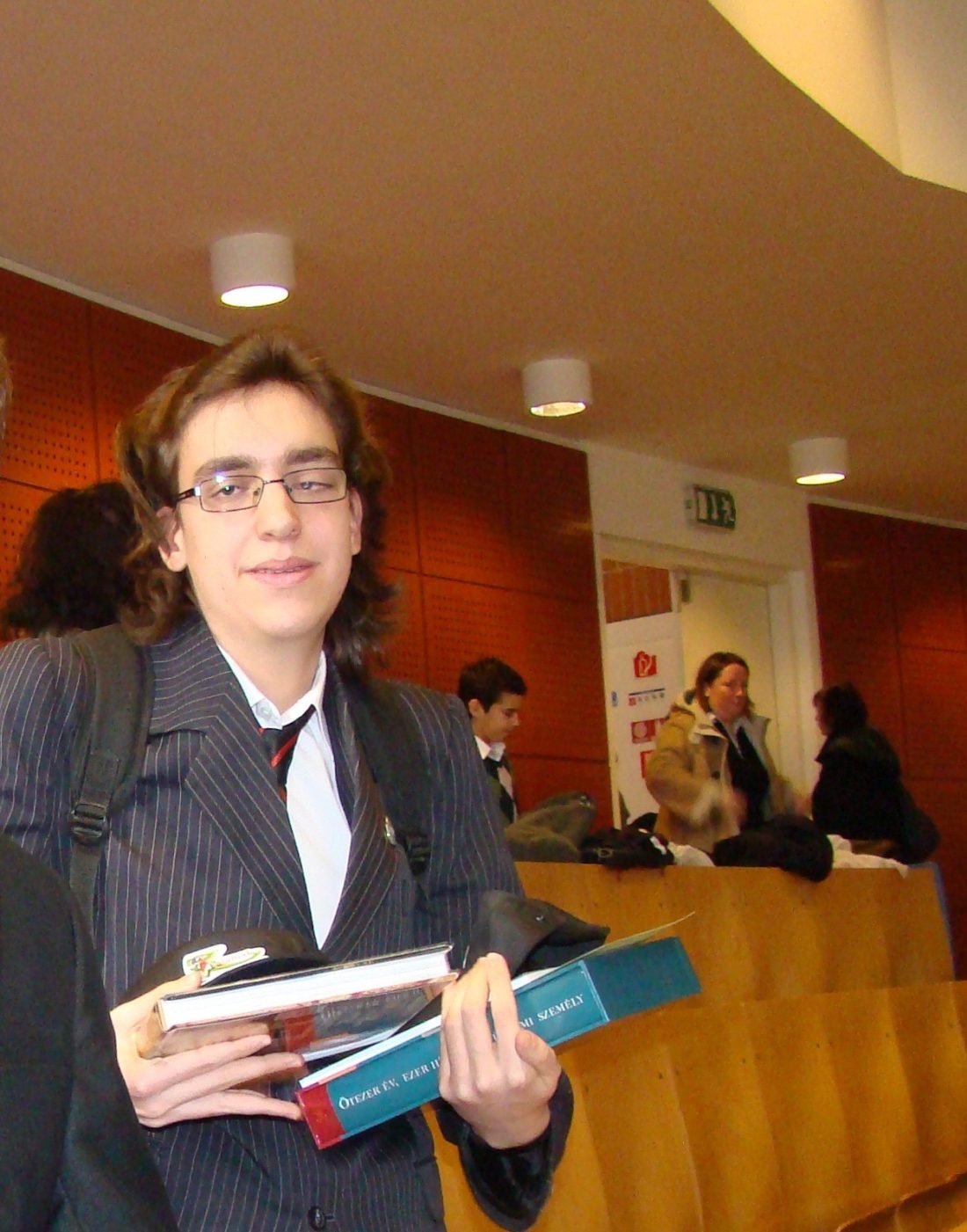 All this happened in one cold, but sunny February morning (9th February).

I set off to the Results Ceremony of the Kangaroo English Competition with my mentor. It took place at the Faculty of Science of Eötvös Loránd University, in a beautiful brick building. The prizes themselves were handed over in an auditorium which bears the name of famous mathematician János Bolyai.

Altogether 1620 primary school and 1810 secondary school students took part in the English competition. The latter were divided into five categories, depending on the level of their English knowledge. I was put into the highest category, so I had no less than 385 opponents.

Although the ceremony saw hundreds of students receiving prizes for their results in the German and French competitions as well, it lasted just over an hour. After I had received my prize for coming second in the competition, namely a heavy book about historical leaders and a fancy ’certificate of merit’, the students, parents, teachers and companions were given a so-called ’standing reception’ in the hallways.

Although we arrived home late in the afternoon and being tired, I enjoyed the results ceremony really much and, of course, I would love to attend such ceremonies as often as possible.