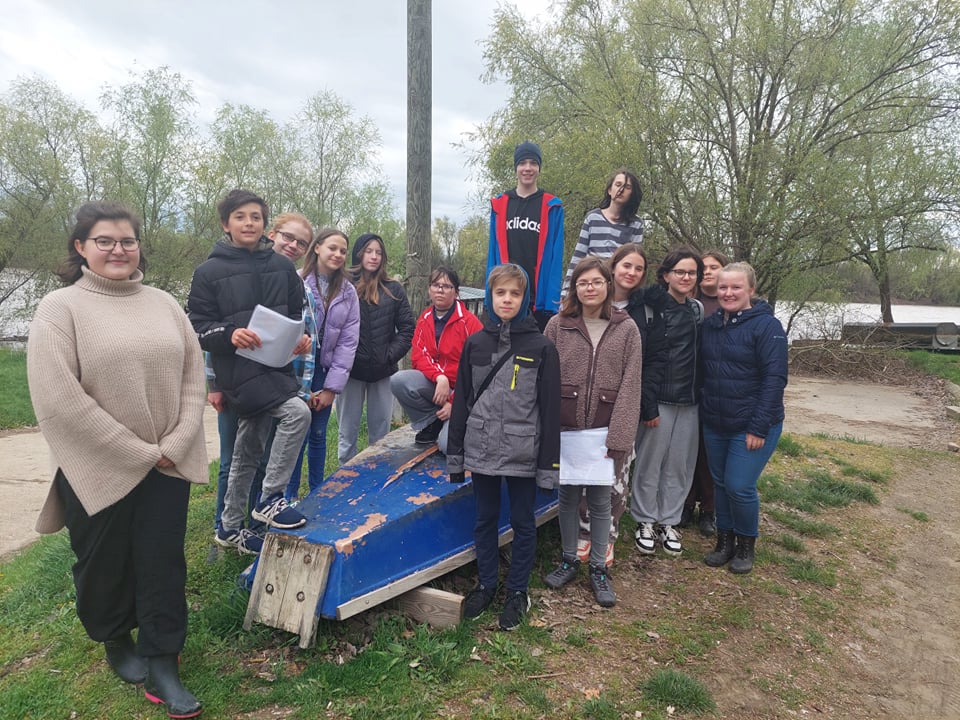 During the breakfast, the beekeeper Mihály Hevesi arrived, who first carried a large hive with the boys. He started his intriguing lecture on bees, but before that we had to guess if there were bees in the hive, if so, how many and had to justify our answer. After he told me what he was up to, we asked questions. So it got even more exciting as we learned things along our questions that we wouldn’t have talked about anyway. The hive turned out to be empty, but we could see and smell the frame and spleen inside. We looked at how much space the bee family of thousands of creatures could fit in. Then we said goodbye to him and had lunch. to eat. Afterwards, with the help of Gábor Berta and Tomi Bereczky, we did a series of tasks to prepare for the ECDL test, which was also exciting because it was decided here whether we could try the real exam. Time was measured with a stopwatch and now they didn’t help as they used to because we had to do the tasks on our own. Luckily, everyone finished on time and everyone passed the test. Amber then made a wonderful presentation on the Easter traditions of Americans. As an American, she knew a lot about it, she also enriched her performance with personal stories, so our knowledge could grow. The most exciting part of the day came only after this, as thanks to the surprise of Bella and Amber, we were also able to try out a real egg hunt. Little egg figures were hidden, which we could redeem for chocolates and most egg collectors could get the egg collecting trophy. There was a tie between little Fanni Török and Márkó, they both found 6 eggs, so they agreed to give each other the trophy every month. After the award ceremony, Gábor Berta also gave a lecture in English on Hungarian Easter traditions and customs. After the sessions inside, we headed to the floodplain, where we were also able to go through a very exciting treasure hunt. During the embankment, the team split in two and headed for the forest lane with a treasure map in their hands. We visited 6 stations and completed the tasks based on the instructions hidden there. This way we could answer questions about Easter, try ourselves in ball throwing, writing a watering poem, then we  took a selfie with the Tisza in the background, collecting a water sample. The two teams, after completing the tasks, found out in the announcement of the results who won. After the treasure hunt, everyone received their Easter chocolate pack with tiny eggs, bunnies, chicks and lambs. We had the best Easter tuning day ever, full of experiences.

You can read one of the poems here:

“In this noble terrain I lost my head on a forget-me-not letter,

in which you are revived, unforgettable

I’ll lift it over your body

and raised to your bosom, I will love you. ” 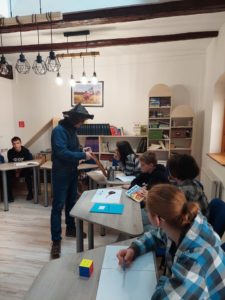 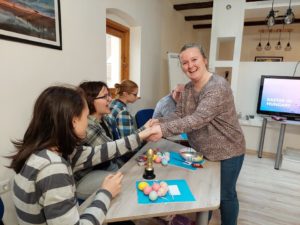 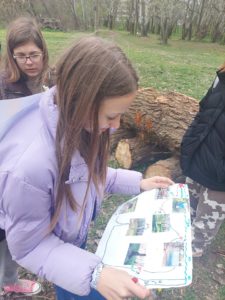 You can find more pictures in the galery.