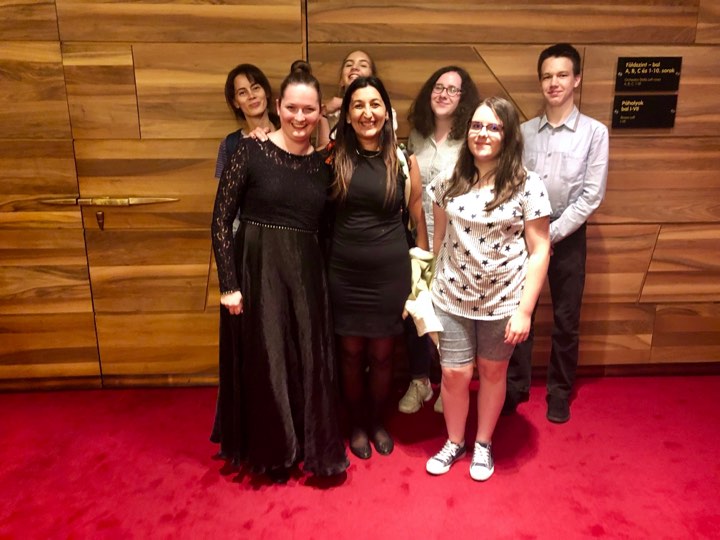 L’Orfeo sometimes called La favola d’Orfeo, is a late Renaissance/early Baroque favola in musica, or opera, by Claudio Monteverdi, with a libretto by Alessandro Striggio. It is based on the Greek legend of Orpheus, and tells the story of his descent to Hades and his fruitless attempt to bring his dead bride Eurydice back to the living world. It was written in 1607 for a court performance during the annual Carnival at Mantua. L’Orfeo is the earliest that is still regularly performed. The action takes place in two contrasting locations: the fields of Thrace and the Underworld. After a gracious welcome to the audience she announces that she can, through sweet sounds, “calm every troubled heart.” She sings a further paean to the power of music, before introducing the drama’s main protagonist, Orfeo, who “held the wild beasts spellbound with his song. In the performance of Müpa (Palace of Arts) Iván Fischer conductor had composed a different ending of the story, where Orfeo dies while Bacchans tear him apart in a bacchanalia. This is not only unique in Hungary, but in all over the world. The opera was performed by the Budapest Festival Orchestra and famous solists. The performance is part of the European Bridges Festival and will be performed in many other opera houses (Italy and Switzerland). We were so lucky that the orchestra provided tickets for the dress rehearsal and for the Csányi Chamber Orchestra. We could enjoy the the opera from the first row, which gave us a special experience. Moreover, we could see the traditional musical instruments such as baroque trombone, zinc, trumpet, viola da gamba, flute and strings. During our All-art camp in the summer we also played the prologue of the opera so we could relate. So the play is no longer a piece of music for us, but something familiar for us filled with joy and known melodies. We could observe the artists’ high quality performance and discipline and also the small mistakes done by them, but the whole artistic product was still a well-built composition. We are thankful to the Csányi Foundation for organising the event and to the Budapest Festival Orchestra for the tickets. Csányi Chamber Orchestra