On March 30, we went to Budapest for the national final of the Evangelical Lutheran Competition. We were very excited because it was a difficult topic and the opponents were very well prepared. After the race, we could try out different games while awaiting the announcement. The team was ranked 7th, but our parents were so proud. We went to Aquaworld for a reward where we had a good swim and fun. 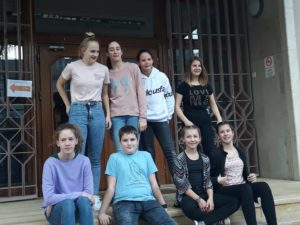