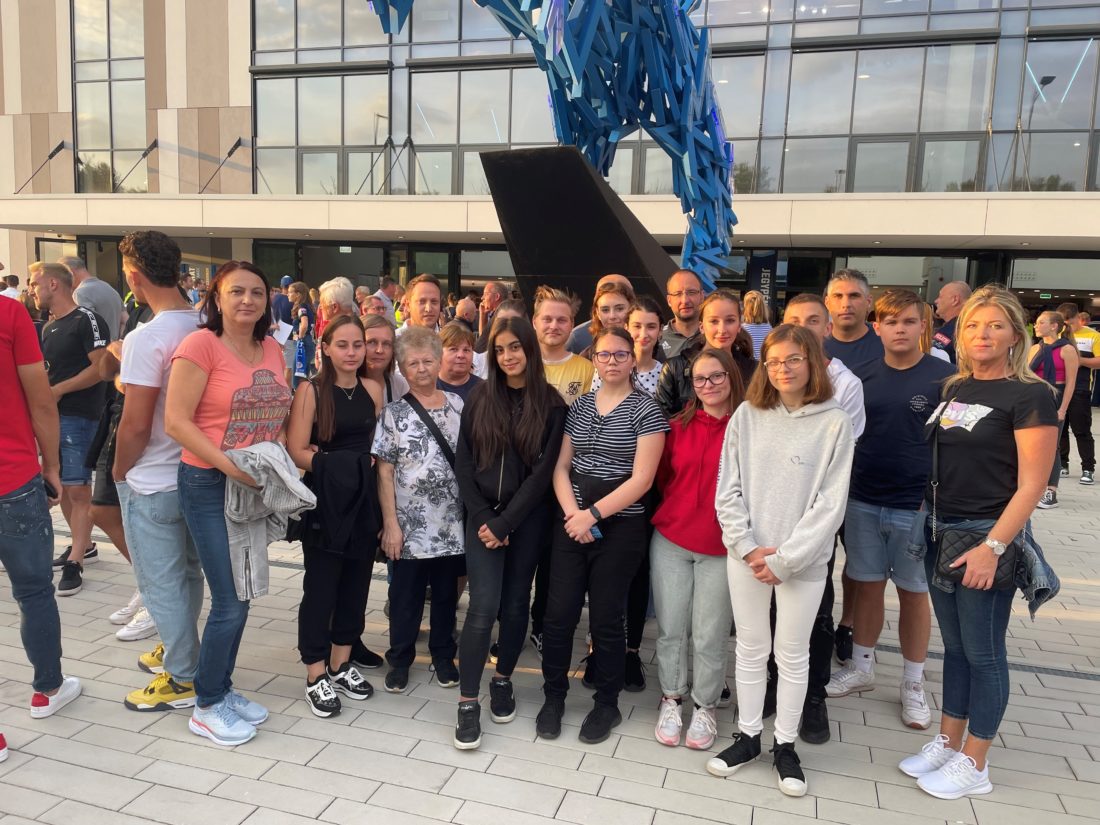 Pick Szeged lost 35-28 at home to Barcelona, one of the favourites in the group stage, in the 1st round of the men’s handball Champions League Group B. The members of the Foundation cheered with great enthusiasm in the arena with 25 people. In a full arena, the Szeged fans created a great atmosphere and everyone was optimistic about a good result. Szeged dominated the first half of the match and went into the break with a two-goal lead. We were very optimistic at that point and were excited for the continuation. Unfortunately, the opponents quickly showed why they are the defending champions and quickly increased their goal lead with good defence and accurate attacks. We left the arena disappointed with the result, but the atmosphere and the live game made up for it. Thanks to the Foundation for the opportunity!Csányi Foundation supporters team

On 14th September, as an after-school programme, we visited the Pick Arena in Szeged to watch the Pick Szeged-Barcelona handball match. The trip was fantastic, time went by quickly. It was a very close and exciting match, the whole arena was cheering for the team as one. We were leading in the first half, but unfortunately we lost the game. Of course, it was still a very entertaining encounter. I was very happy to get the chance to watch such a match. Looking forward to the next round! Milán Möller, Mohács Group 3