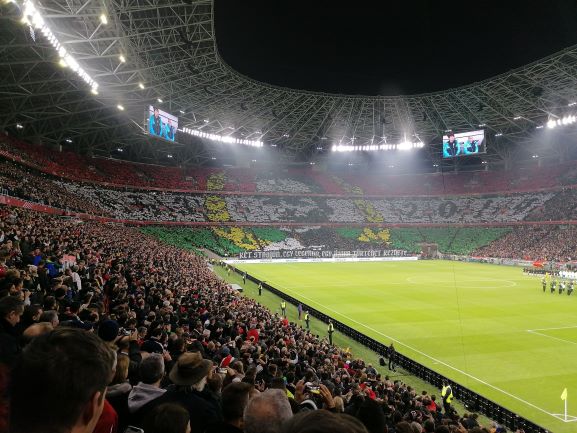 Among the supported members of the Csányi Foundation, 132 individuals attended the opening ceremony of the Ferenc Puskás Arena, where we could cheer during the friendly football match between Hungary and Uruguay. Due to the massive interest in the game, we could welcome our South-American guests with a full-house, amongst whom lots of players of world-fame have participated. At the beginning of the game our Founder, Dr. Sándor Csányi said farewell to Zoltán Gera, a past member of the national team of Hungary, who has worn the country’s representative colours on the field nearly a hundred times. The first half brought lots of excitement and a number of goals, the guests had gotten away with 2 of them, but fortunately enough, we have been able to score as well. During the break, the children from the different houses of the Foundation could greet each other. The second half resulted an even and balanced gameplay, and the Hungarian team have had the opportunity to even the scores, but the result of the game remained the same. Overall, it was a major experience seeing the new Puskás Arena, it will be a lifetime experience for everyone. We are thankful for the tickets to the Csányi Foundation! Sincerely, The fans of the Csányi Foundation

“Thanks for the Csányi Foundation that we took part in the opening ceremony of the nee Puskás Aréna. The lighting show was fenomenal and fantastic. We were little sad when Uruguay scored two goals in a row but our team scored a goal that not made the result very ugly. As a footbalist I tried to explain the rules for the others during the match.” 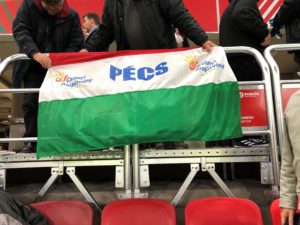 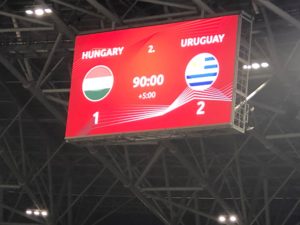 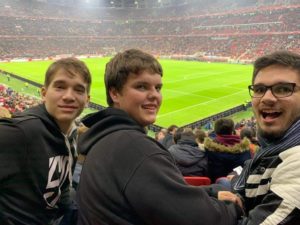