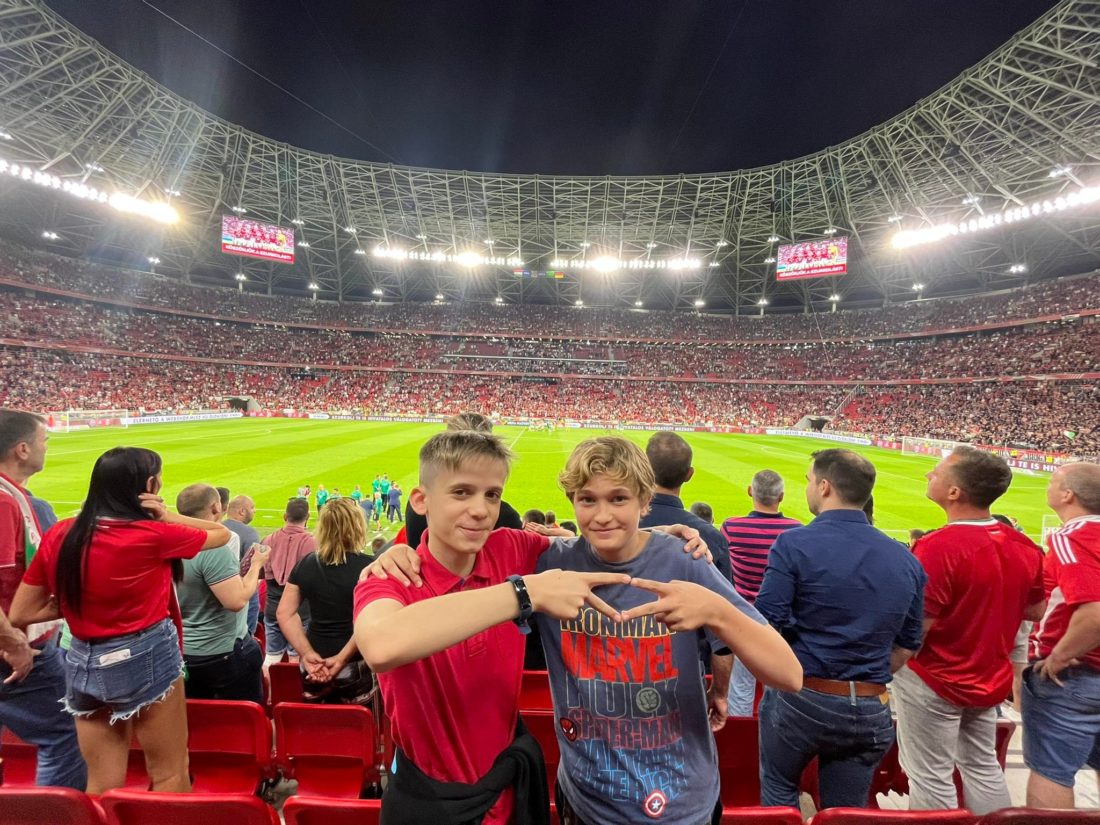 ‘Today, we were able to visit Hungary-Germany football match thanks to our founder. After we reached Budapest, we met the others and went to the Puskás Arena, where we were greeted with plenty of people and fierce atmosphere. After singing the anthem, the starting whistle was said, starting a really exciting 90 minutes. The first minutes were well started by the national team and we took the lead in the 6th minute, but unfortunately two minutes later, the German national 11 equalized. Neither of the two team could score another goal, but the match was still very exciting.There were some of us who had the first national team match, and the players made it memorable for them. At the end of the match, we sang the anthem and took some pictures with commentator István Hajdú B. After leaving the stadium, our journey led to a McDonald’s restaurant, which has become almost a tradition for the match viewers from Szeged. After our little stop, it was time to go home. On the way, we talked about what happened in the match and spent the time with deserved sleep while we were traveling home. I would like to thank our founder for the opportunity to have this incredible experience and give many of us an unforgettable night!” Dániel Zombori, second semester student of automotive engineering at the GAMF faculty of John Neumann University