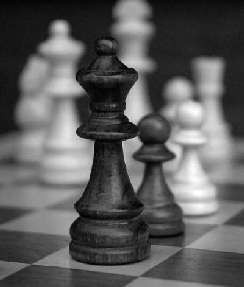 I am more than happy.

This was the third year that I played for 2 two clubs in a season, which started in November. I was not only a member of the Kaposvár team, but the Somogyaszaló. At Somogyaszaló I was just a guest player because I am signed for Kaposvár. There were 6 teams in the championship. We played 5 rounds. I played in every round and I achieved 4,5 points. There were two short-listed teams. However we beat them and stayed top of the table. So this time our team also become the chess titlist. This is the third year in a row to be the best team int he county. I am more than happy. Playing chess is fun! Bozsoki Balázs, Kaposvár 3