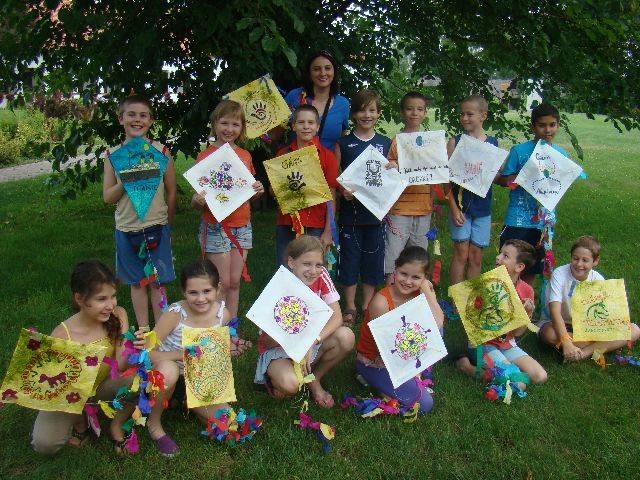 From 11-16 July, 2010, the four youngest groups (the two new groups from Szeged, group 2 of Nagybajom and group 3 of Jászberény) of the Csányi Foundation had their camp in Sarlóspuszta.

In the middle of July, 60 students had a holiday at the wonderful Camp Hotel in Sarlóspuszta. The atmosphere given to the children was appropriate to have such a camp. The participants had the opportunity to get to know each other with the help of drama lessons. At the DIY lessons, they made kites, for instance. Students from Szeged could get to know some useful learning methods, which we hope they can use in the future.

Students enjoyed the heatwave swimming in the pool and the jacuzzi. In the conference hall, every student could get to know the most efficient financial board game’s, Cashflow’s rules. The ‘number-wars’ before dinners were also very good and enjoyable. After dinners, Ede Figura amused the children with his poems, sang like a song.

It was a particular enjoyable experience when we could admire the nature, travelling on horse carriages and also the horse show was fabulous. We would like to thank the horse riders this way, too! The amusement park also gave us unforgettable experiences.

In the last day’s evening, all the students made an oath that they would do their best among the following years.

We would like to thank to everyone that this camp was soo good!