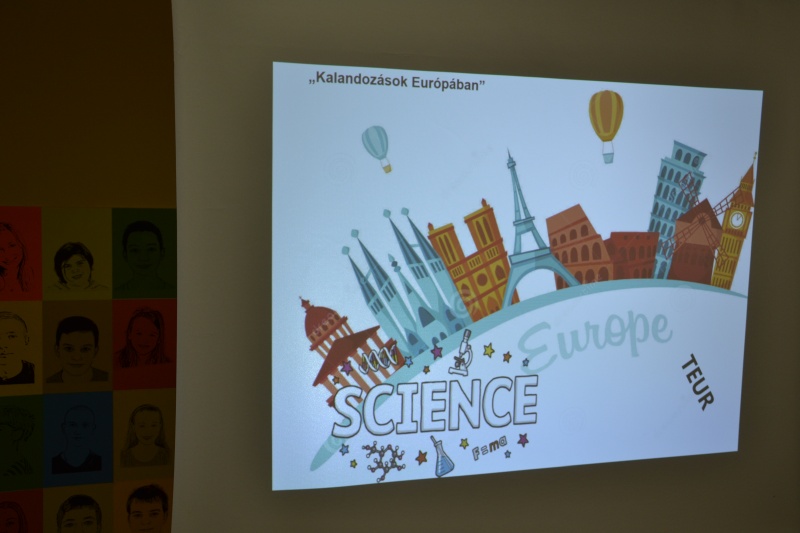 “Science in Europe” was the first part of our “Adventures in Europe” project. Our goal was to travel in two dimensions, in space and time, while our students are learning about the scientific map of Europe. We compared humanity’s evolution to the evolution of natural sciences, and our journey began in the current day.Students had to relate the mailing between the biology teacher of the Móricz Zsigmond Secondary School in Kisújszállás and Szent-Györgyi Albert, which was published in 2010 in the “Természet Búvár” magazine, to the current pandemic time. Karikó Katalin, whose life’s work and development of the mRNA-based vaccination was at the centre of the students’ learning, and it was indeed the connecting factor between past and present, space and time.With the support of our Pécs’s Group 3, we constructed rooms showcasing Hungary’s and other adjacent European nations’ greatest achievements in natural sciences in the second half of our day. The students analysed the findings of supplied studies based on scientific literature and applied them to current affairs. Every group had the opportunity to learn how to make a DIY projector, a “3D projector,” Newton’s cradle, and how to determine the C-vitamin content of fruit juices in this way. Based on the work of Selye János, we translated the stress process into scientific language, and subsequently the methods to combat it into everyday life. We hope that the students recognised that Europe, as the cradle of natural sciences, continues to play a significant role in creating natural scientific knowledge and that these subjects remain crucial learnings for individuals in the twenty-first century. Dénes Eszter, developmental teacher

This weekend, on the 22nd of May 2021, the project’s theme was natural sciences. We were able to hear Dénes Eszter, a developmental teacher, speak about Karikó Katalin’s work and other matters. We learned that she has been working on developing the RNA-based vaccination for the past 25 years. She conducted her studies in Germany and the United States, and she continues to do so. It was intriguing to learn that she attended the secondary school in Kisújszállás with a biology teacher who used to mail with Szent-Györgyi Albert, which occurred during Karikó Katalin’s time there. The second portion of the day was dominated by experimentalism. Interesting experiments increased our knowledge. We got the opportunity to create the famous Newton’s cradle, use a homemade projector, and examine our genetic differences. Under a microscope, we examined lettuce and yeast in great detail, while the UV lamp revealed how thorough our handwashing is. Aside from the experiments, we learned about our Hungarian Nobel prize winners. Békésy György, for example, was honoured for his discoveries about the physical mechanism of inner ear stimulation. Also honoured were Gábor Dénes, the creator of holography, and Szent-Györgyi Albert who earned the prestigious award in connection with C-vitamin. We finished the day with a delicious supper and lively discussion. Thank you to the Csányi Foundation for providing such a wonderful day. The groups from Pécs