I never give up 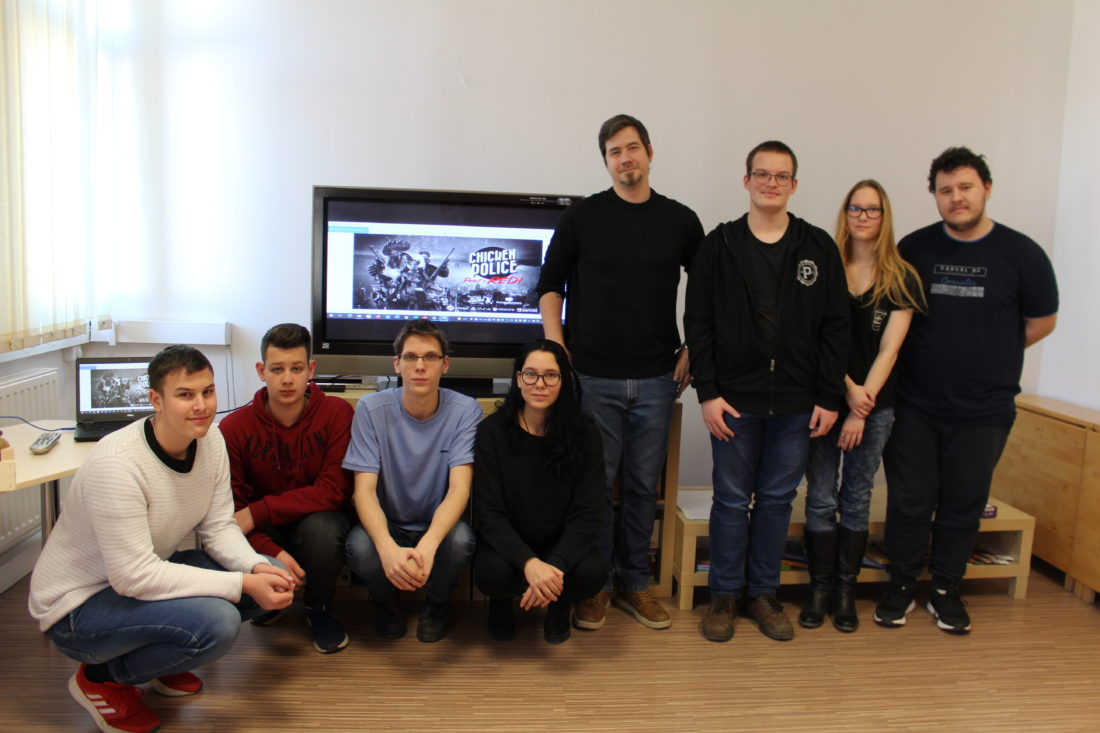 I never give up

One week before the high school entrance exams one part of our group spent it with preparing for them by solving math and reading exercises, while the other half was busy with our project work. 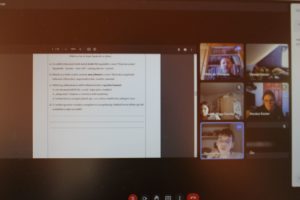 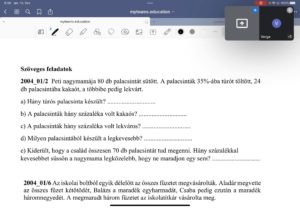 Gombos Péter, our teacher notified us about an initiative that was about a competition for high schoolers organized by the Kaposvár campus of MATE. The topics of the questions were assigned along the lines of the majors at the university (ex: How much milk does a cow give?) We entered the competition one by one, and then the battle for valuable prizes began. The competition has four rounds and runs until February 1, with weekly questions. Above a certain score, everyone gets some kind of gift, but the top two candidates win a laptop or an iPhone. It is therefore worthwhile to study the work of the university departments of our city more thoroughly and to find the answers to the questions asked. 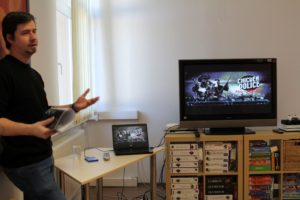 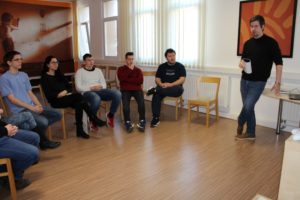 As part of our “Value is the Measure” project, all we knew was that a surprise guest was coming to us. Our mentor gave away two clues about the presenter. Firstly, that he is going to speak about the work that he has done so far, and secondly, that we will surely like it. In my opinion, she was right. It was an excellent choice to invite the son of our teacher Vargáné Skoda Valéria, because his story was not only interesting for me, but I could safely call it a Hollywood story as well. It was a pleasure to hear how a dream becomes reality. It’s of real VALUE when someone is able to design something and act up on it even though many difficulties arise. He could be an example for everyone to follow. (Dausek Nándor)

Varga Bálint Bánk, one of the founders of a company called Wild Gentleman, told us the story of one of the greatest success of his life: a video game called, Chicken Police – Paint it RED! I consider his life and deeds to be exemplary, as he has tried to succeed in many areas and managed to stick to his own idea. He had done all this with a lot of sacrifices, but he has not given up and continued to fight to reach his goal. A popular, and uniquely designed game was born from only a few sketches and eventually managed to achieve great international success. He began to act upon his big dream alone, and then life, luck and chance helped him find companions. He firmly believed that such a small team from a small country is able to catch up with the international competition within this area. Thankfully, the work of the ever-growing and expending team did not go to waste.  Bálint’s statement “I never give up anything” was very inspiring for me, I liked this fighting mentality and how he managed to turn his dream into reality: he broke into the video game market and was able to start his own company. (Sárközi Eszter)

The judgment of video game making has come an interesting way. Nowadays, we have got accustomed to the fact that there are many people who choose to play video games for hours. Maybe we have already managed to accept it for someone to join a large AAA company to make games for hundreds of people as well. However, we still have a long way to go to understand the “insane ones” – as some judge them – who even leave their jobs to start a project of this size on their own. Today we have come across such an “insane” person who, once was described as the aforementioned word and now is considered a genius. I was skeptical at first, even though I knew how successful his debut game was not just at home, but worldwide. Most of all, I was interested in whether he was “insane” enough to be able to make a good indie game. Video game making is an extremely unique genre, a bit like having to shoot a movie, but it collaborates with all the viewers to write, direct, and shoot the scenes. Developers have to juggle multiple professions and vocations at the same time to put together a project of this size. From the conversation, and his answers to my one and a half dozen questions, it became clear to me that Bálint has an undisputed place among the biggest indie game makers. Many are trapped by the profession, taking away the enthusiasm and perspective towards the world of games that initially swept them this way, but I did not feel this way at all today. I sincerely hope that there will come a time in the history of the video game industry where he will not be the exception among developers, but the norm. I am extremely grateful to have met Varga Bálint in person! Thank you for meeting us and for the conversation! (Antal Dominik) 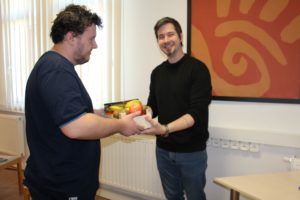