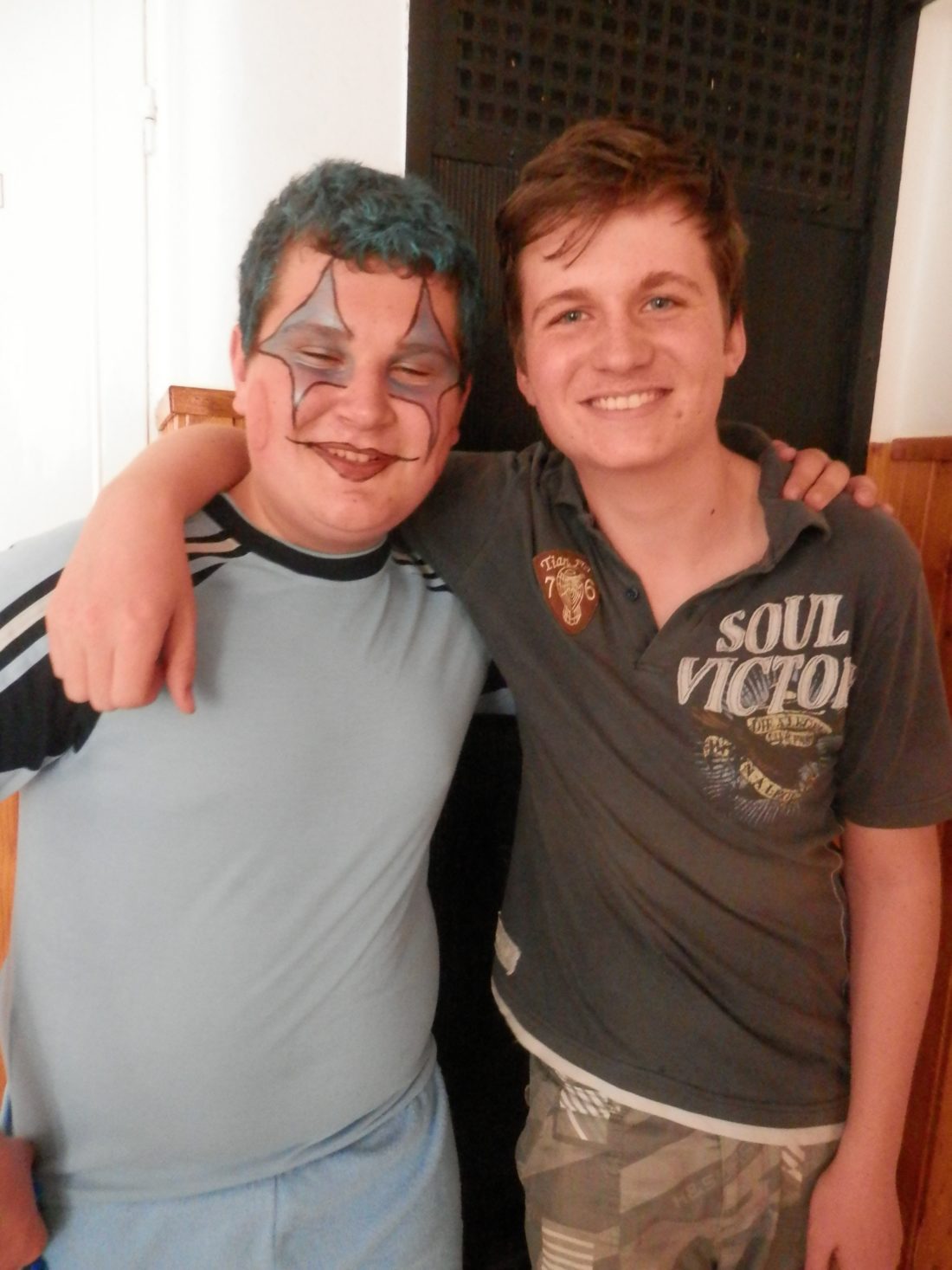 In the afternoon on 30 April 2013 the Jászárokszállás Community Centre had a performance titled ‘We, glass wearers’ directed by Fehér Klára and performed by local young amateur actors and actresses and two of them were from the Csányi Foundation.

The role of the blue clown was played by Major Rudolf who was surprised a bit first at his strong clown make up. His great sense of humour and his excellent character charmed all of us. The role of Hajagos was played by Szölösi Attila who made an outstanding performance with his negative character. After the performance everyone could share their experiences and congratulate on giving a splendid play. The afternoon was closed with an ice-cream party.

Thank you for this happy afternoon.