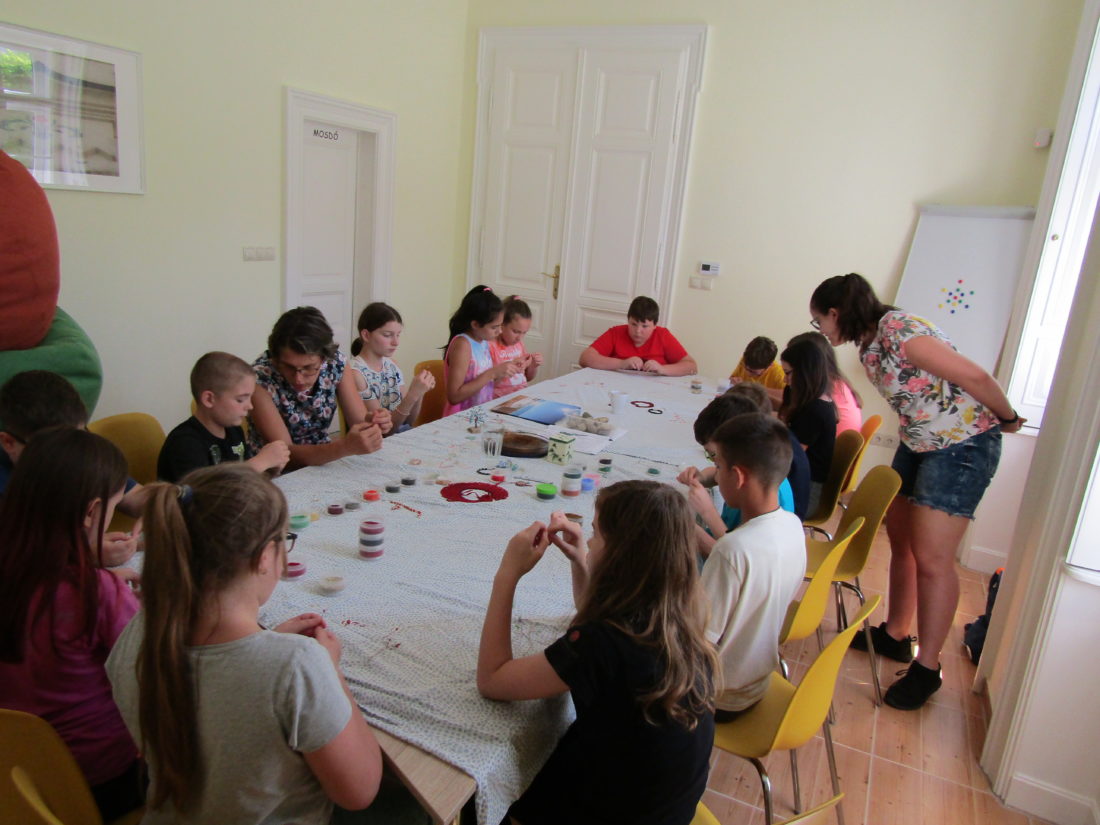 On 27th July has began the Stork camp of the Csányi Foundation’s new groups in Szentes. The first two days were about getting to know each other: many team-builder occupations and football, basketball, table tennis was waiting for the children. Then board games and a pearl center-piece making had busy the group wich was tired of the moving. In the following we visited many interesting place of the region, where adventuring programs were waiting for us. In the time of the camp the members have participated in a learning methodology course wich was enrich them with important knowledge. The course will continue in the school year. The communication training and the Airship program also served they development, the latter gave essential knowledge of the First Aid. The trip to the Zoo of Szeged was unforgetable experience for everybody. In the two presentation the Zoo caregivers enriched us with new informations of the monkeys and elephants behavior. The Adventure Park in Szentes was useful from more viewpoints: it was a lasting experience, has moved the group and many children has tided over the former fear. The Western City in Bokros was enrich us with many skills. The Playing Health Program also focused to the moving. After a thorough exercise became a lecture from a healthy and physically active life. After then the youngs were relax. On the crime prevention and traffic-safety presentation  of the police more dangers and them evoidance came to light. On our big, two time handicraft course wonderful textiles were made with stencil and bound batique technics. The finished products will decorating our house. At the last night the group 1 have sleeped in the house. After the many games and talks we had film club. In the time of this exciting ten days we tried to give enough time for the free games to be forming profound cohesion of the group members. In total we can say that the children had shaping together, serious contacts were building so they are waiting enthusiastic the september to meeting again.

“I like this camp inmediatly! The community is good and I had promptly gain new friends. The occupations are interesting and the food is tasty too. Many familiar face is here!”

“We completed the court with different difficulty barriers. The most exciting was the cableway. We said goodbye to the children from the Jászság at the afternoon. We hope will come across soon again, because a lot of friendship had made on this week.”

“There was a little labyrinth too where I got lost four times!” -Lara Krisztina Pintér (Szentes 1.) 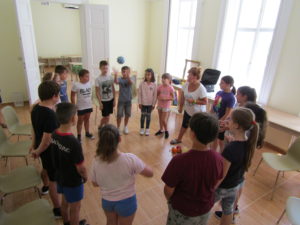 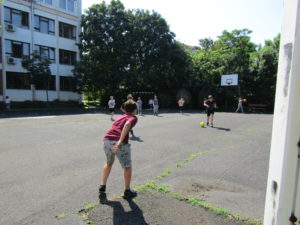 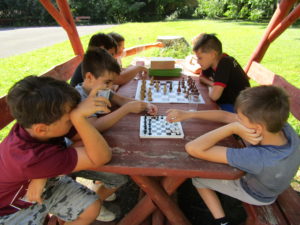 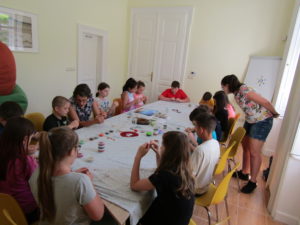