In the previous weekend, we could meet with Balogh Ádám again, who made a logical playhouse this year as well. At the beginning of the logic class, Ádám told us what we were going to deal with in the class: it sounded very interesting. There were linguistic tasks and we were also given different problem-solving tasks. For example: what would we do, if we wanted to cook jam but did not count the peaches, however, the amount of the sugar was correlated to the number of peaches. The question was how many peaches did we have? You can send the answers to the address of our Community House. During the class, we had a lot of fun as any other logic classes we had with the Kaposvár 1 and Kaposvár 2 groups.  Ádám has another secret, which gives us big motivation: the chocolate we can get after good results and solved task. Kada Zsófia, Group 1 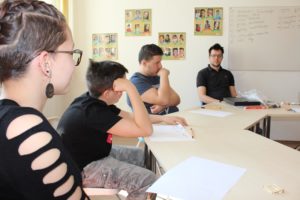 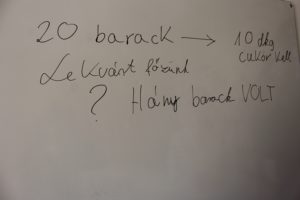 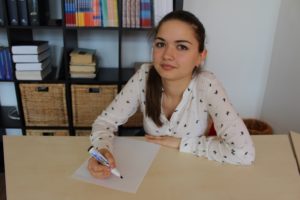 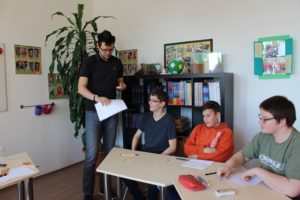