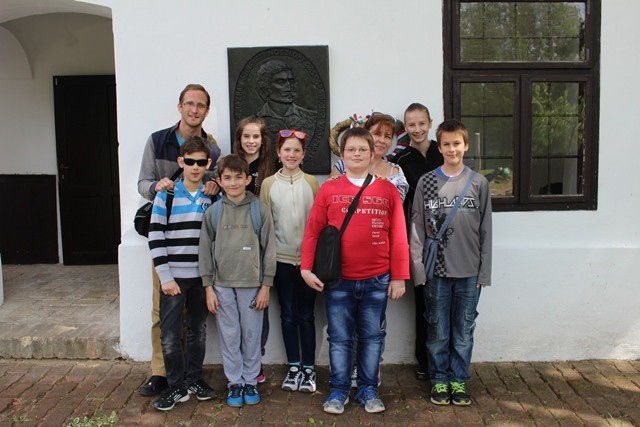 We had an enjoyable history lesson on Satudray (April 30th) in Újvárfalva. We visited the so called “Noszlopy – emlék ház”.

I have heard this name several times as streets and a secondary school is also named after this. Máté, who is a volunteer and an archaeologist, gave us a lot of information about historical hero from Somogy County.

We learned that he was a warrior of the 1848-49 War of Independence, furthermore he met with Kossuth who gave him important tasks. We learned that there is the middle marker plaque of Somogy County here.

After that we had a nice trip back to Somogysárd, where we had a look at Somssich castle and a nature park next to it. There was a nice tree in the park, a Gingko which was on the 9th place of a competition called “The free of the year 2015″.

We had an activity about all the information we have learned. Finishing our fantastic day we ate hot-dogs and pancakes and we could play on a playground. Thank you very much for this wonderful day.