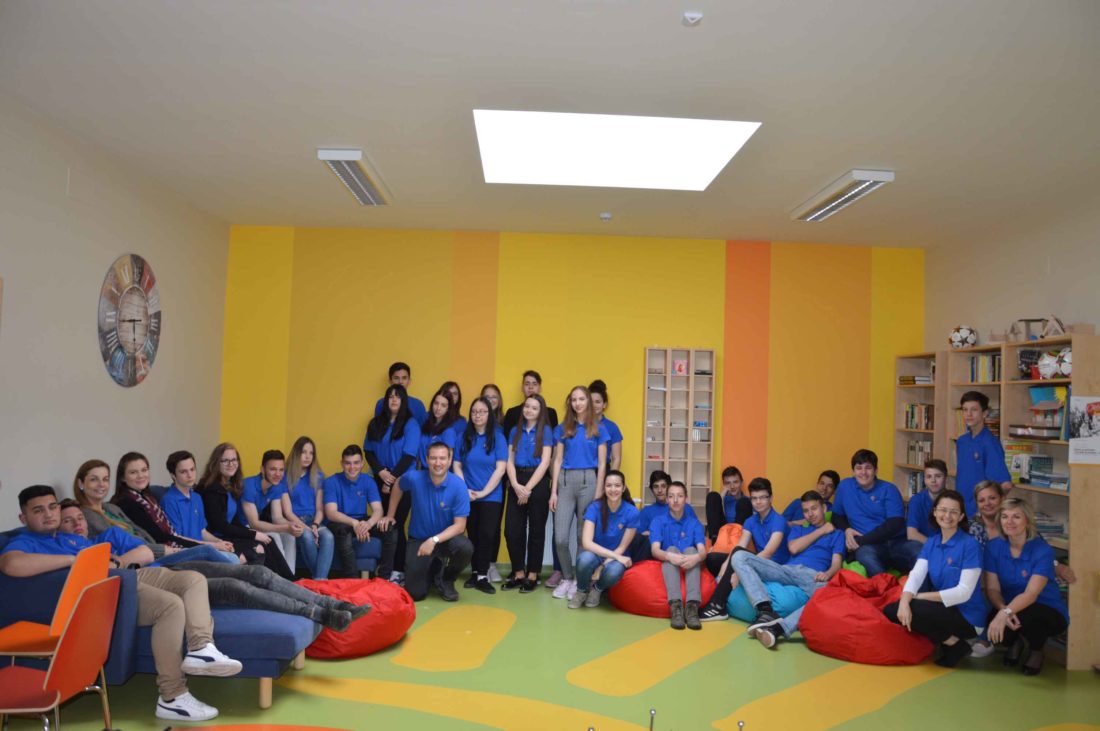 Following the Foundation’s traditions April is the month when the end of term oral exams take place. This year has already challenged the kids as they have already completed all the 5 written tests and participated on the half term oral exams. The question may occur Why on earth are these children competing themselves so intensively? On one hand because they consider the gained knowledge truly precious. On the other hand because each year the best ones are awarded by a language camp abroad. This year the Foundation surprises the kids also with such camps which are going to take place in Bournemouth (UK) and Augsburg (Germany)

On April 1st Szeged was the first stop to welcome this event. 15 kids were presenting their knowledge in various topics: environment, media, communication, the world around us, services etc. Each and all children tried to give their best. We hope to meet them at the end of this year in one of the camps abroad! 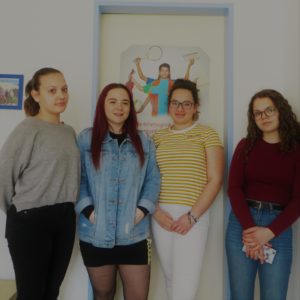 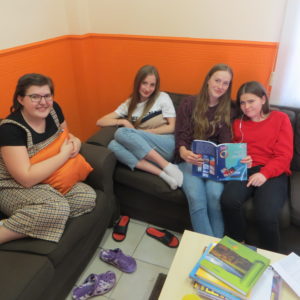 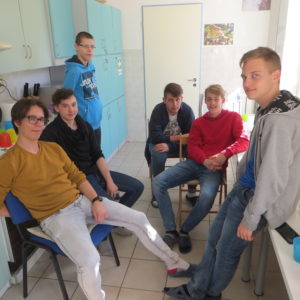 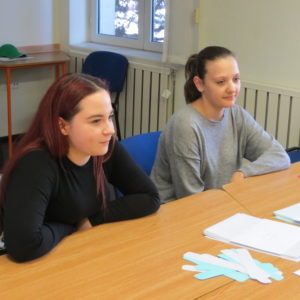 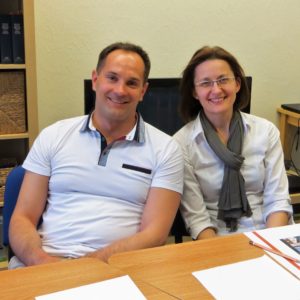 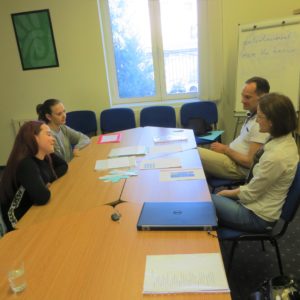 On the second of April the language competitons are continued in Jászberény, in the Community House. Everybody were excited how they will absolve the exams. Héget Alexandra was the first who came to the German language room to take part in the competition. She liked that she gave the topic she likes very. It was a success for her and gave her encourage for the future exams. The hardest thing was that she had to speak with Csányi Ádám in German. Bartakovics Bernadett was the first in the English competiton. She spoke with Ádám too and she have found it very interesting. The teacheres were proud for her. She didn’t except good results that she gave. Lots of experiences and good results that we gave from that oral competition. Nikolett Juhász-Aba Jászság 2.

3rd Alpril – Nagybajom All of us was excited during the waiting of the Language Competition and finally it has been managed to everyone. Ms Judit and Ms Anett have been truly kind and encouraging. The exam was in good mood, thanks to the volunteers and the examiner teacher. Horváth Katalin, 3-as csoport

We have benn waiting for the English language exam for a long time. The group was well prepared for the exam. The end of the day we earned good results. The whole day was good mood. We thank the work of the volunteers and the examiner teachers. Nagy Botond, 3-as csoport

“Hi I’m Victor, from Spain. I am really glad that  Csányi Foundation invited to some of the Compass organization volunteers to help them with some tasks. When we arrived, the Csányi Foundation school people were incredibly nice with us, since they gave us the opportuity to drink and eat something. After that, they explained us which our tasks were. The point is that some guys will have a speaking exam soon and this fantastic organisation wanted to practice with them in order to get ready for the exam. In this way, we divided ourself in two groups and  have been doing exam simulations with the guys, similar to the real exam. Fortunately, I was with Judit, who gave me the chance to participate whenever I wanted. It made me feel like one more of them. Also she was very kind and friendly with me. I think we were a good team! 🙂 I do hope to come back as soon as possible to help them again in whatever the tasks will be. It is the second time I am here and I really like this place and the people who work here. All the best!” Victor Cuenca Villar (Spain), Özgir Sahin (Turky), Gál Benedek (Csíkszereda) from COMPASS

4th April – Kaposvár We really enjoyed this experience, maybe it was one of the best since we are here in Hungary. It was a bit scary at the beginning, because in our past experiences we were always sitting as students, so this was our first time acting as a teacher. But at the same time we have to admit that the feeling was really positive and it let us understand how our teachers were feeling during an exam and the way how they were evaluating us. From this we understood the difficulty of giving marks, because it’s very hard to distinguish between the subjective and the objective aspect in a person. We are very thankful for this opportunity and experience that you gave us. WE say good bye in a home to see you again. Suria Alfieri and Giorgio Bitonti Compass volunteers from Italy 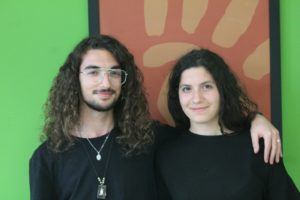 Today oral language exams were organized on different levels at the Community House of Kaposvár. Everyone were really excited who were waiting for the queue. The pairs came out from the classroom delighted. It was a succsessful day. Szélesi Tamás Kaposvár 3 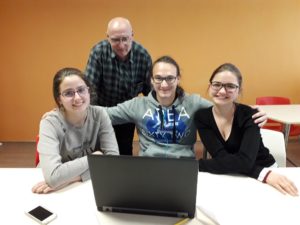 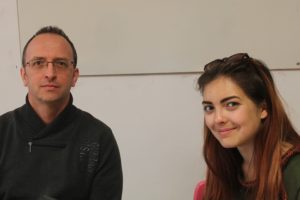 5th April, on Friday we have taken the oral language exams at the Foundation in Pécs. For most of us, it is routine as students practice year after year, but some of our pupils take it for the first time at B1 level. We do appreciate this chance and hope to get the most out of it. The best kids who achieve the highest scores in the annual Foundation language competition will have the award to travel to England or to Germany. I hope they will use their knowledge in the foreign language context and they will make a good impression in the host schools abroad.

Today, all the elementary and secondary school students were tested on their English and German speaking skills with the help of our language teachers, volunteers, university students and mentors. All of the students has improved significantly and we would like to express our gratitude for those who have completed their language exams. 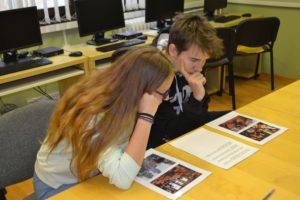 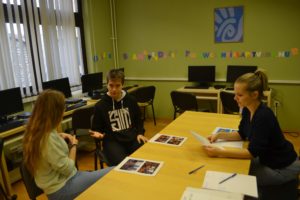 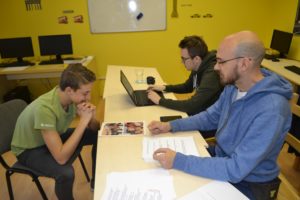 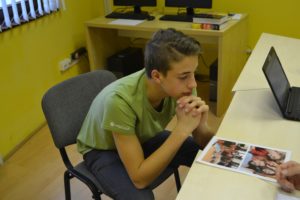 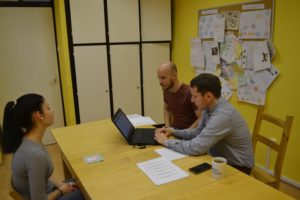 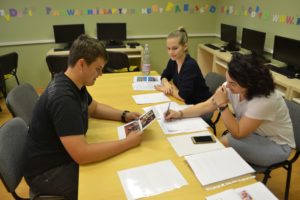 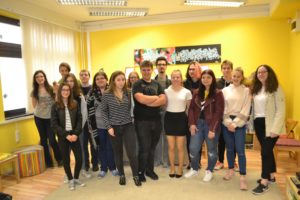 On 6th April the Community House of Mohács welcomed its students who participated the language competition of this year. Though the early hour every and each kids were cheering for each other. The exams were taken in English and German on B1 level. The kids prepared themselves well. We hope to meet most of them on the lanuage camps in the summer period.