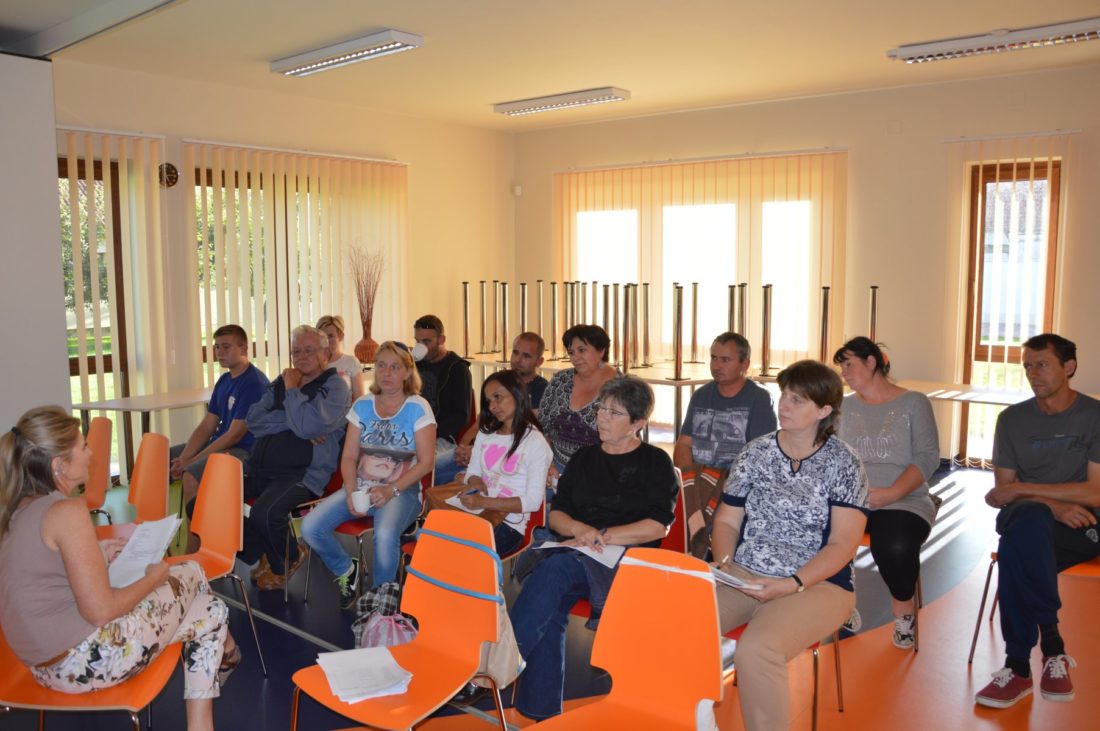 Nagybajom 2. Group
We got to know a lot of important information about the programs of the whole year. Beside this, the children signed the contracts with the expectations of themselves. It was followed by calm and reassuring conversations between the parents, mentors and the children. We managed to got to know each other better and make good relations. 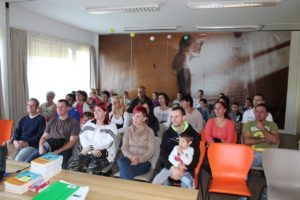 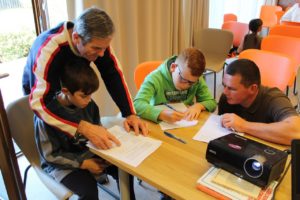 The Mohács 1. group also had its first  parent mentor meeting of this schoolyear. In the beginning the parents were shown some short movies made at the summer camps, it was a nice feeling to remember the cheerful moments. In the second part of the meeting the coming programms were discussed such as the family day and the Children’s parlaiment. We had a long discussion about the further studies, because the most important decision of this year will be to decide, where to go. At the end the parents were thankful for the donations they received. 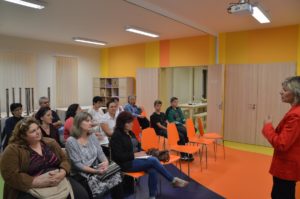 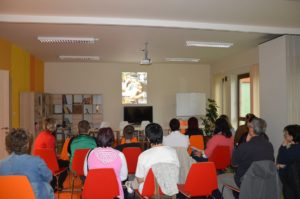 Group 3 of  Mohacs Community House held uts first parents’ meeting on 15th September. The parents were informed about the last summer camps and the upcoming pogrammes and events of the year. The students’ contracts were signed and the new English teacher was introduced. At the end of the meeting the parents could take a look at the photos of the happy moments. 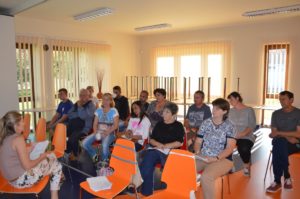 Group 2 of Kaposvár held its first parent-mentor meeting on 15th September. The members of this group have a lot to do this year. They are encouraged to test their skills in the language competition of the Csányi Foundation, not to mention the first ECDL modules they are expected to complete. Parents were informed about the programmes of the year and we also signed the student contracts after thorougly discussing the children’s duties. We talked about tidying the Community House, too, where parents and children will equally do their bit. 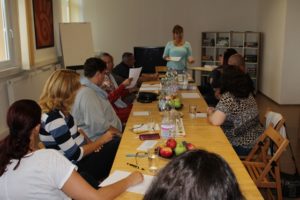 Pécs 1, 2 and 3 group: This week, parents from all 3 groups gathered to discuss the upcoming year. It was great to see almost all parents were present. After having finished signing the student sponsorship contracts, the timetables for the calsses were handed out. Finally, the rough schedule for the year was discussed with autumn programs such as chess championship, family days, summer camps, science night and so on. Everyone is well informed now and looking forward this year full of energy. 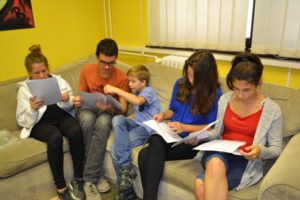 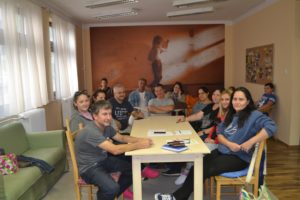 The group of Mohács 2 held its parent-mentor meeting on 14 September. We started with watching the pictures and videos from the Kőszeg and Balatonszemes camps. Later we talked about the coming events; the family day  and the Children’s parlaiment. Our main theme was the further education, because choosing the right highschool is extremely important. Dr. Radoszláv Miklós, our operative director was present at our meeting, too. 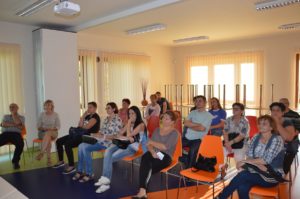 Jászság 3 group: On 13th Szeptember was held the first meeting for the freshmens of the Jászság3 and for their parents.Everbody was excited and they were curious what will happen with them during the school year. In the contract everybody claimed what they would like to achieve in this year,they get information about the developer lessons,besides they heard about the competitions. They are enthusiasticly waiting for Falls’ programmes. 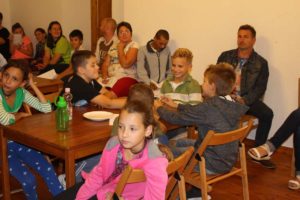 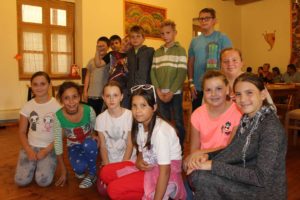 Group 1 in Jászság had their start-of-term parents’ meeting on 12th September. Class 10 challenges the students: at high school, they need to choose elective courses and by the Foundation, they are going to be tested at the portfolio-evaluation. Planned programs, family trips and language exams were also discussed with the parents. By language learning, there will also be a foreign volunteer, arriving in October. Not only the signatures but also the promises of students were written into the contacts of support. 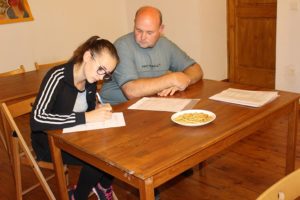 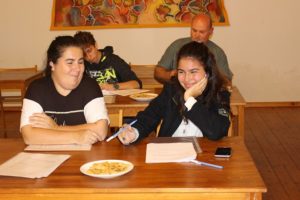 Kaposvár – The first parents’ meeting of the school year was held on 12th September for group 3 of Kaposvár. The most important topic was the portfolio defense of the tenth graders. It means that during an interview students have to talk about themselves and their relation to and achievements within the Foundation. We were also talking about the ECDL and the B2 language exams. At the end of the meeting the various summer camps in Transylvania, England and Germany were discussed. Students will also have a chance to apply for the Art Camp the next summer. All in all, the meeting went smoothly in a calm and relaxed way. 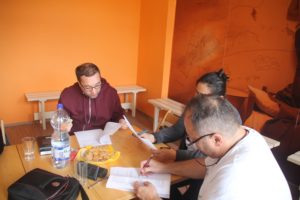 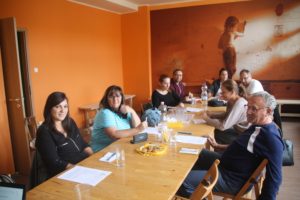 The Group Szeged 1 On September 10, 2017 also kept its parenting meeting at the beginning of the school year. Our parenting meeting started with the report of the first university member of the group. The others could get a taste of what it was like to attend university lectures. As most of the group will graduate in this year, the main topic of our parenting meeting was preparation for graduation and career choice. Of course, this year we also concluded student learning contracts, in these contracts we recorded the students’ commitments. Among the commitments, the most important parts was the language examinations, successful graduation, university entrance, and volunteer work for the community during the following academic year. After an informative parental meeting we kept our family day, which was very nice and enjoyable. 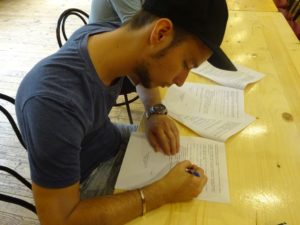 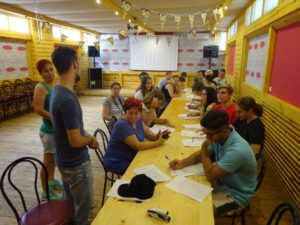 The kick-off parent mentor meeting was held on 9th September for Group 3 of Szeged. After the Children’s Academy, the parents arrived to the Community House to discuss the most important issues of the new school year, which is very important, as this is the first year in secondary schools. We discussed the programmes, the new scholarship system and many other important aspects of the new era. Naturally, signing the contracts was one of the most important points of the day. We hope we can continue the mutual work with the parents for the best of their children.

The Group 2 of Szeged had their first parental conference on 8th September. We talked about this year’s programs, the details of the language tests,contest opportunities and how to get ready to the final exams that are coming soon. We also looked through and signed this year’s contract. 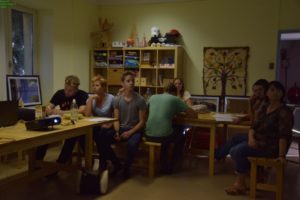 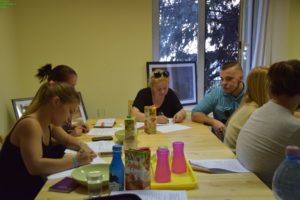 The first annual parents meeting was held today in Group 1 of Kaposvár. The children and their parents all gathered together as we had to sign the newest student contracts. We also talked about the expectations and the programmes of the new school year and we discussed the upcoming Family Day in detail. The children were very happy to hear about the foreign volunteer visiting us in the second half of October and they are also looking forward to participating in the football championship starting in the same month. 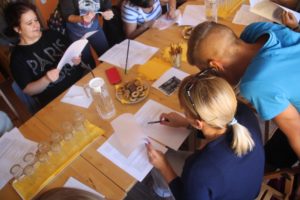 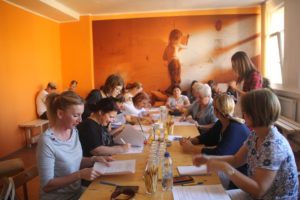 Family Day and Parental meeting of Group NB3 – On the 16th of September, all the members of the group appeared in the Community House of Nagybajom and we listened to our mentor, Roland Szabó, keeping a parental meeting. We discussed the programs, applications planned for this school-year. Following this we signed the contracts while we were listening to the children’s memories and experiences of the summer. We even met Patrik Biró, it was nice to see him again. We wish good luck for all the kids and mentors this year! 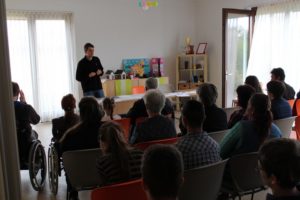 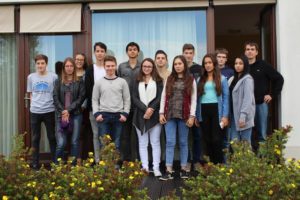 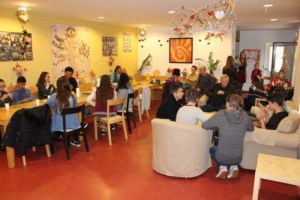