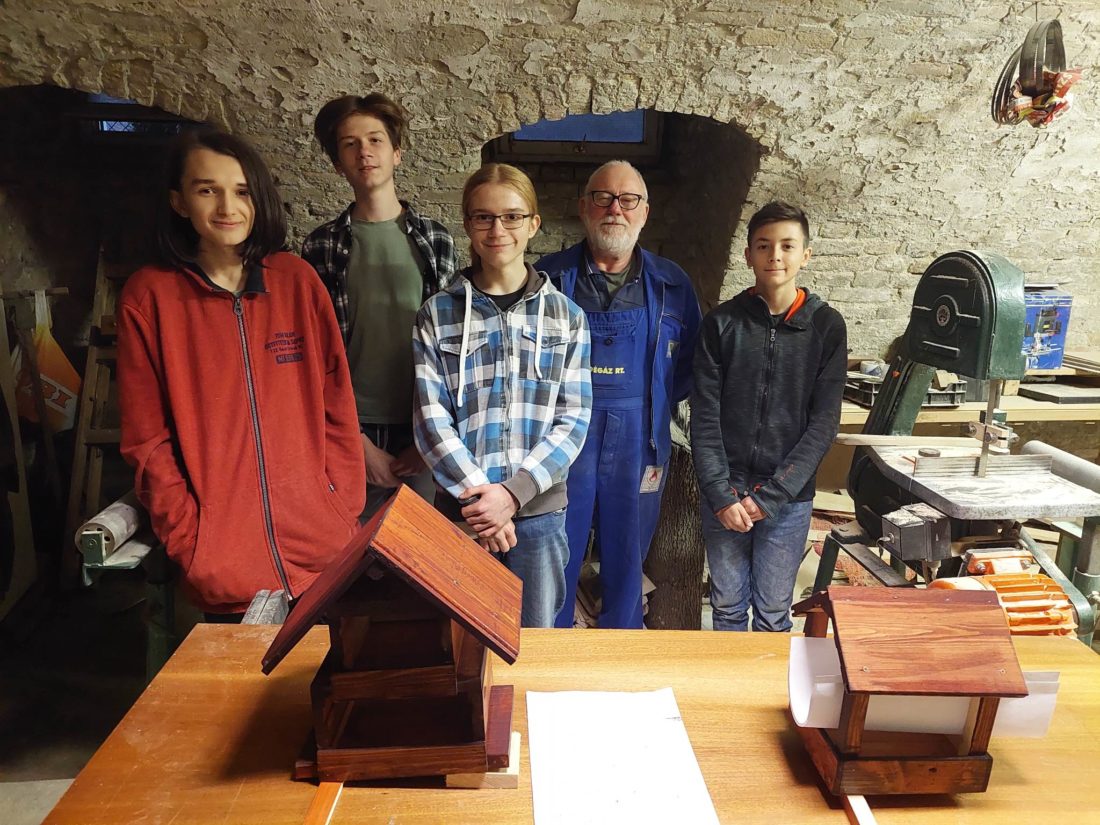 On Saturday (12/11), we came to the community center at 9 in the morning, where we divided into 2 groups and prepared for the admission. In Hungarian, with the help of Marci Sebők, and in mathematics with Aunt Piroska. Then we also divided into 2 groups and did crafts. One group designed and produced Christmas cards. Then we also created a work for the community center, on which everyone could place their own work. Some university volunteers helped with the Christmas decorations. The other group continued the bird feeder project. Last time, we planned a bird feeder in teams of two. A scenic plan and a technical drawing were also prepared. The preparation for the winter bird feeding took place next door, as you should know that our neighbor is a carpenter. In the morning, Bánk’s mother brought in wood left over from their renovation, which we used. 4 people moved into Uncle Mihály’s workshop, and the work began based on his plans. Before even presenting the tools, he held an accident prevention course. They started by sharpening pencils, then continued by joining the pieces of wood cut to size. During the execution, it turned out that it was necessary to make small modifications to both plans, because both design teams forgot about the seed catch and the dripper. The young people were happy to pick up sandpaper, pliers, nails and hammers. Many have just used such devices for the first time. The final finishing touches were made with a brush, and the completed works were painted with fence glaze. It was a wonderful day! 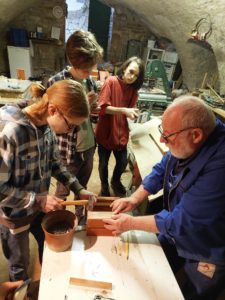 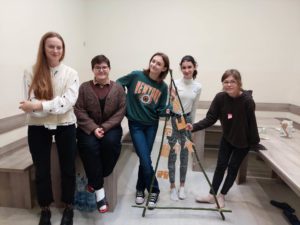 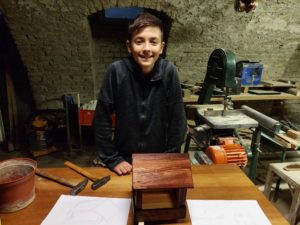