Basic of financial studies in Sarlóspuszta 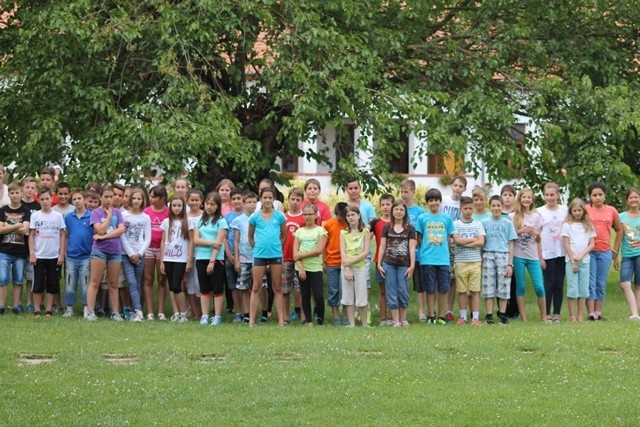 Basic of financial studies in Sarlóspuszta

The financial summer camp has just begun for the Kaposvár 1 group and for the groups from Mohács (22nd June). Same place as in the previous year.

1st day – The most of the first day was spent on travelling, but in the afternoon the kids had time to play, for entartainment and work. First there was a drama class for the kids, where they laid the rules, the expectations and we talked about the requirements in connection with camp. The little mentors, Matyi and Máté, announced a football championship for the lovers of the sport. While most of the kids were playing the others spent time in the swimming pool, played badminton and talked to each other. There will also be many exciting programs for the kids in the rest of the week.

2nd day – The weather was overcast and cloudy today. But the bad weather didn’t ruin the kids’ mood, they spent a great time at the programs. During the morning some associates from the OTP Fáy András Alapítvány came here, and they invited the kids in groups to learn about finance. During the afternoon one of the groups went to the adventure park, and the other group was at the mere olympics, where they had funny games. There were wellingtons and horseshoe throwing, nut breaking, target shooting with nozzle. Everyone got tired today, and they hope that the sun will be shining tomorrow again.

4th day – Finally, the sun came out! After two rainy days, the kids could play football and swim in the pool in the sunshine again. In the morning the groups could try airgun shooting and archery, then they had drama lesson. After dinner, Dóri and Andi teached some things about handcraft for the children. Radoszáv Miklós also took part in the evening programme, and he gave the kids their appreciative diploma for their work of the year.

5th day – The camp is almost over, while it’s our programful last day here. This morning there were camp ending drama and mentor classes, where they have rated the days they had spent here. During the afternoon we went to a farm near here with horse-drawn carriage, where we have eaten fresh lángos. As a clouser the football championship took place in the camp. Summarizing the time spent together we can say that our students have spent an exciting and great week together here in Sarlóspuszta.