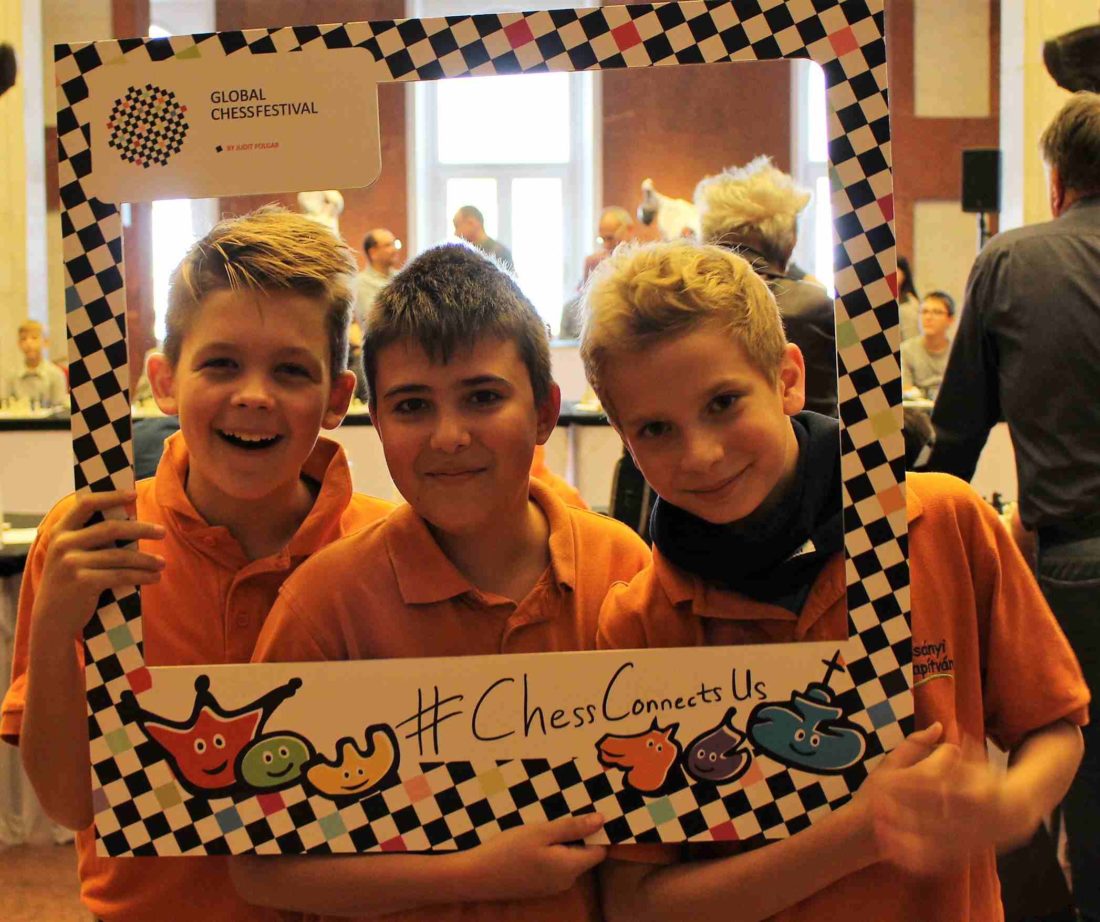 On Saturday, October 13. 2018, we left for Budapest. When we got out of the bus, it was a beautiful sight: the Matthias Church and its miniature model. Then we went to the National Gallery. There was a chess playground in the dome of the building. There was lot of fun: chess dominoes, target-shooting by the OTP Fáy András Foundation, we met a ball shaped robot. Besides that, there were a lot of games waiting for us to test. The time has passed very quickly and after lunch we walked around the Buda Castle. The sight was very nice, I think it’s worth to see. We were very tired, but we went home with a lot of memories. I really liked this event, I hope we’ll have such a great day.  Sarolta Kovács-Nagy Kaposvár 4th group 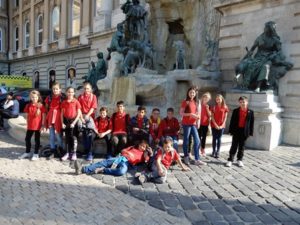 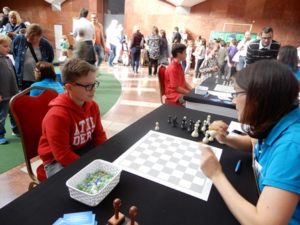 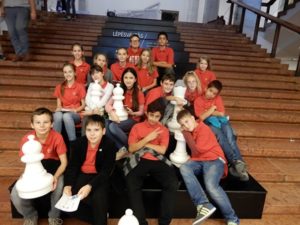 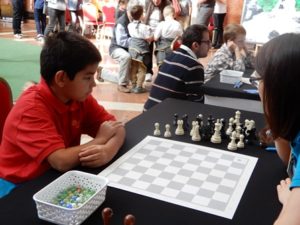 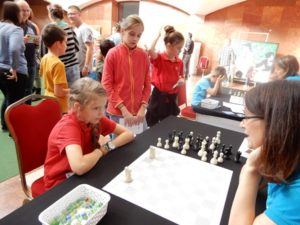 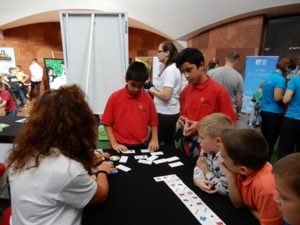 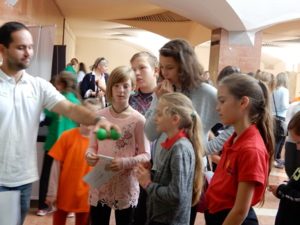 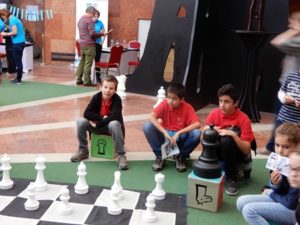 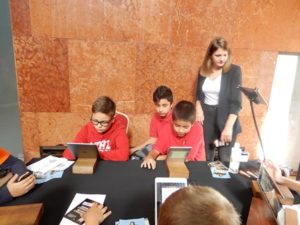 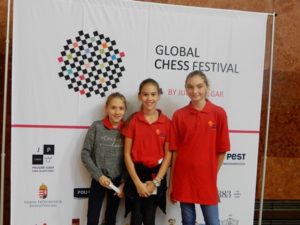 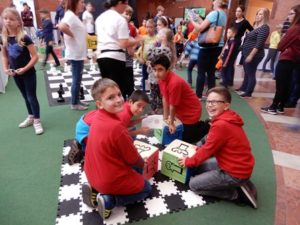 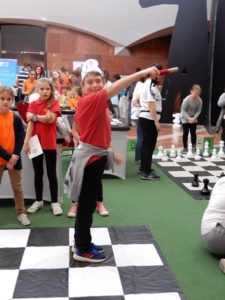 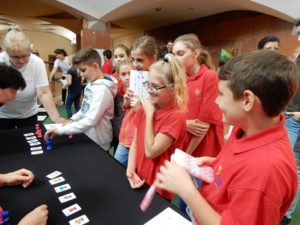 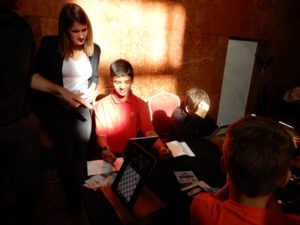 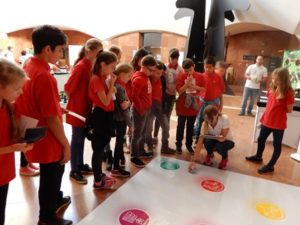 On Saturday’s morning we took the road to the Global Chess Festival held in Buda Castle, Budapest. When we got there, the weather turned beautiful so that we could take a stroll around the Castle, we saw the Danube and the bridges on it. Entering the building we saw paintings and sculptures, and in the hall stood a large table, covered by chess boards. Then we found a huge marzipan castle, but later we had the chance to form chess-men of this tasty Szamos marzipan from which we of course have tasted and found out that it was very delicious. On the stairs leading to the upper floor, there were a lot of plastic chess-men, and actually wherever we went in the building we met man-sized chess-pieces made up of paper. On the top floor there was a chess playground which I really enjoyed. Of course, I also tried the serious game. As a beginner I was a little bit afraid, but it was exciting to play against unknown people. At home we have never measured time, but I liked the chess clock a lot. I was happy for winning one match out of the five that I have played. During the simuls we met a famous actor, Koltai Robert, who was very nice with us, and we even took a photo with him. I felt good, it was a very good day, and I have even seen the sunset while we were going home. Petrovszki Ramóna, Group 2 of Szeged 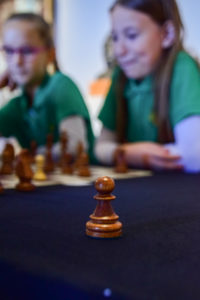 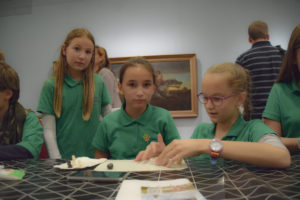 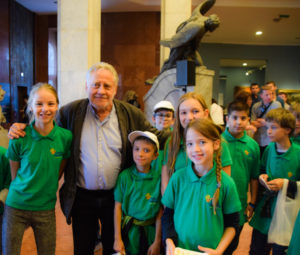 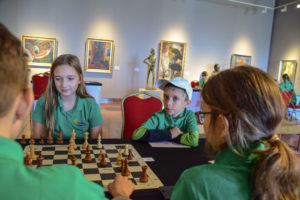 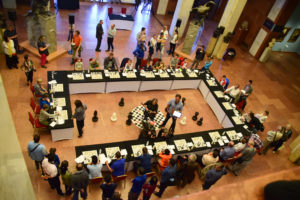 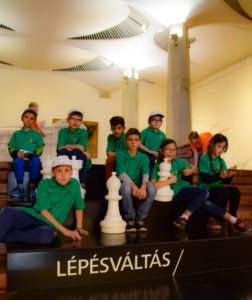 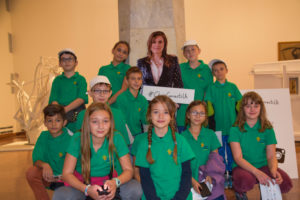 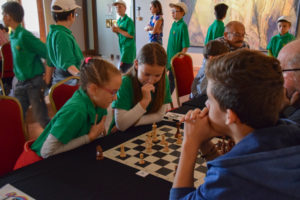 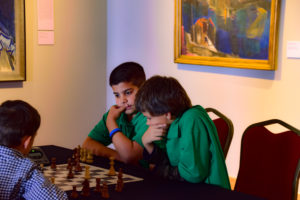 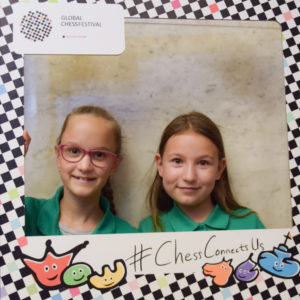