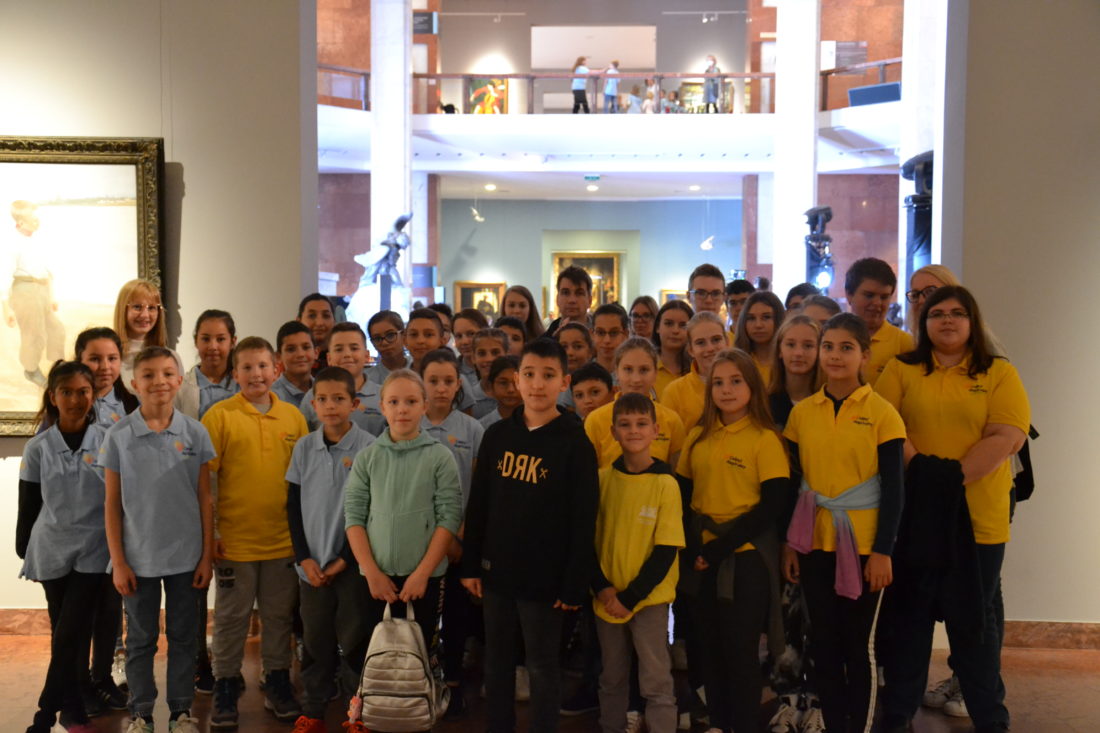 “17 high school and university students volunteered to help run the event. Among the tasks, we were honored with, were for instance assisting during the registration, assisting the simultaneous judges, welcoming and guiding guests, and escorting VIP guests. László Gázsik was given the most important task, accompanying Judit Polgár during the event. Dzsenifer Csernyánszky and I were behind the scenes helping the performers and the event organizers. It was a pleasure and an honor for us to be part of the 7th Judit Polgar’s Global Chess Festival! We thank everyone for the opportunity!” Mária Eszter Bogdán, Nagybajom Group 1

“My job at the Global Chess Festival was to assist Judit Polgar during the whole festival. I had to escort Judit from one event to the other. It was a surprisingly hectic but pleasant task. The best moments of the festival were when I accompanied her from one programme to the next, and as she appeared, the kids´ and guests´ eyes lit up, they admired her all around. I gained a lot of experience and I hope that the organizers were satisfied with my work.” László Gázsik, Nagybajom Group 1