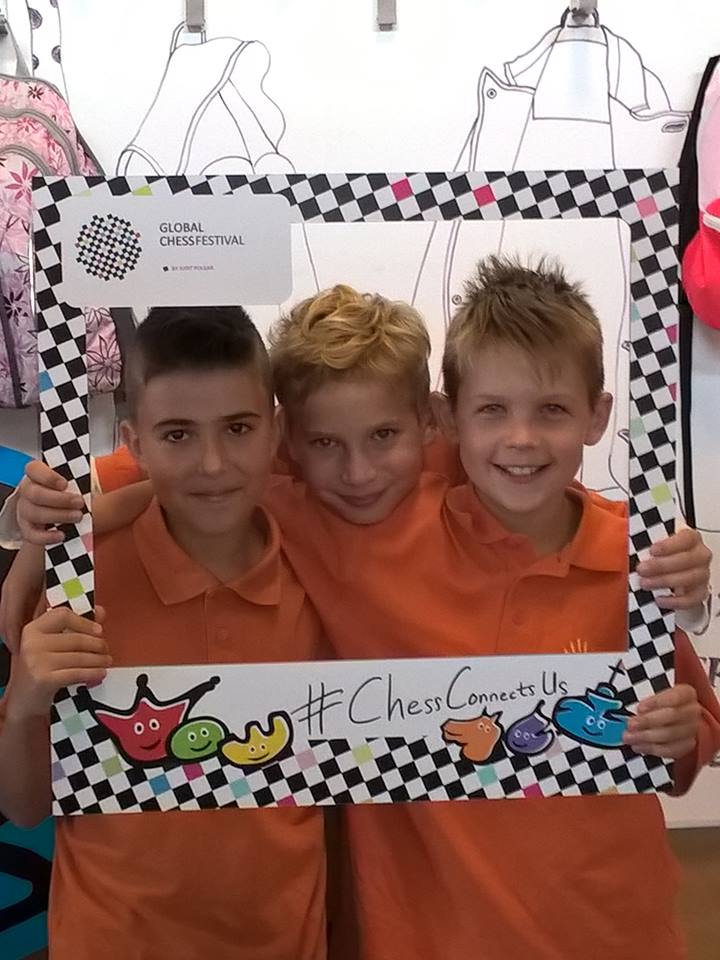 On the 14th of October in Budapest, the World Chess Festival opened it’s gates for the 11th time, welcoming the young groups of the Csányi Foundation. The winners of the „Öco-chess” competition received their awards from chess-grandmaster Judit Polgár.

Krisztián Galambos from the Nahybajom 2 group played in a simultaneous exhibition against the International Master and Woman Grandmaster Sofia Polgár. He lost the game but surely gathered a lot of good experience. Just as the others; nobody suffered the lack of good mood and experience in the Graphisoft Park. The event met it’s end after Chathura (AIESEC volunteer) arrived. After the event we all went home in a good mood with lot of experiences in our hearts.

„As the third-best of the chess competition, I was honored to play against Sofia Polgár in a simoltaneous exhibition.  I did my best and I think we had an excited game with my legendary opponent. I was beaten when the time was up but I learned a lot from the game. I really appreciate the chance and thank the opportunity!” Krisztián Galambos 2nd group 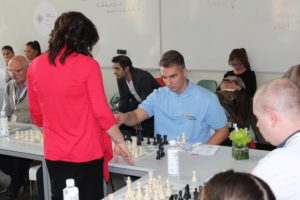 „I really enjoyed the World Chess Festival, we took part in lot of chess themed games where we collected some small gifts too.” Petra Völfinger 2nd group

„I participated in the World Chess Festival for the second time, we had a good time there again.” Zoltán Lakatos 1st group 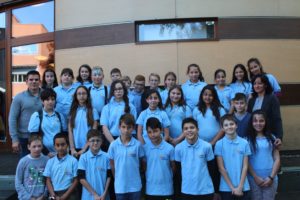 Thanks to the Foundation I could take part in the World Chess Festival held in the Graphisoft Park in Budapest. I had the opportunity to play against Judit Polgár and could hold out for 26 moves. I hope I can play with her next year too. Kern Andor Mohács, group 2 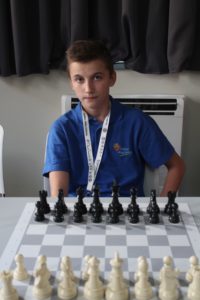 This was the first time, that we participated here as voluntaries. We helped children, as we introduced them the rules and we gave them small rewards. The kids’s favourite programmes were the marcipan figure preparing, the chess figure painting and the target shooting. These skill improving little games were all related to chess. The whole day had a good atmosphere, and we enjoyed our time with the kids and with each other. Alíz Kátai és Evelin Vas, Group Szeged 1

In this year, I was volunteer second time in the Global Chessfestival, it was a great experience again. Firstly, I helped in welcoming the arriving people, I guided them and I tried to answer them questions to the best of my knowledge. Foreigners also visited this event, so I had opportunity to get into my English. In addition, I helped in the children programs and chess competition. It was interesting to see a little behind the scenes, I spent a pleasant day there. Thank the opportunity to the foundation. Kovács Viktória Jászság 2 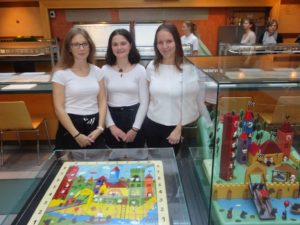 Today, it was the best thing to be with our group again. When we arrived at Graphysoft Park in Budapest, we found many white and black helium balls on the slidewalk,that led us to the Chess Game, where marzipan design, the launch, face painting, memory card, quiz question were accepted us. Chocolate and experience coupons were got, that we later redeemed at Segway and giant balloons. The favorite one for my group was the Segway, because for many people tried it     first time, we hade to concentrate very much to keep it balance. After the solemn announcement we discovered a new game, Virtual Reality, which shows the game 360 degrees, and we managed to solve the current task with a controller, it was a great experience for everybody. A lot of programs brought us closer to chess, we met live chess figures. After a delicious pizza, we went for a walk on the Danube bank, where we talked and laughed a lot. We sang on the way home along the bus. We thank this day very much. Pintér Nóra, Juhász Lídia Boglárka Jászság 3.

This year I won The Foundation Chess Championship for the second time, so again I was honored to play chess with Judit Polgár, the champion. I waited this day very much to see our mirror again. In this amazing place many countries represented, that was good to see. My party was very exciting, I was up to the end of the time, and I was struggling – so at the end Polgár Judit and Mihail Marin, Ground master from Romania evaluated and analysed the party. I am happy with my performance, but I know that I have to develop. Thank you, this game and day. Peredi Olivér Jászság 2. 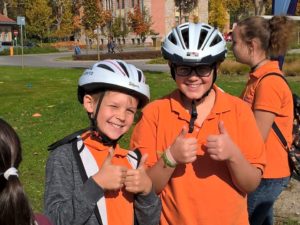 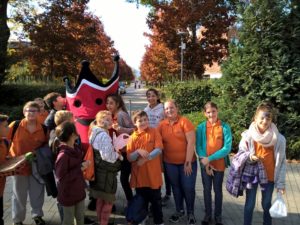