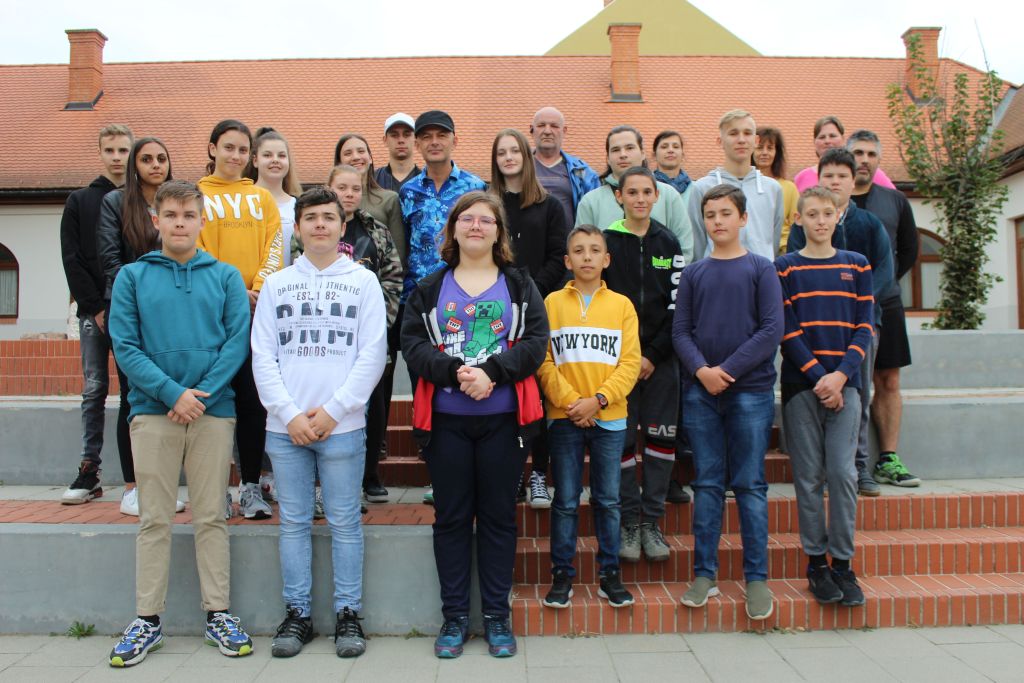 Vujity Tvrtko, a Pulitzer Prize-winning Hungarian writer and journalist of Croatian descent, author of several success books, visited Jászberény this week. In our city he gave two full married lectures about his life, travels, destinies, people he met during his life. Tvrtko offered the children of Jászság Csányis to listen to his performance on Wednesday, for which he provided tickets. He also, at our invitation, visited us at our Community House, where we showed him how we live our daily lives. Tvrtko was direct with all the children, shook hands and had a good conversation, shared his childhood school stories with us, and even played an impromptu ping-pong match with Tamás Burai.

After that, we gathered in the Déryné hall of the house, where our guest gave us a motivation lecture of almost half an hour. During the informal conversation, the children’s dreams and what needs to be done to make them come true were discussed. We heard about joy, difficulties, goals. About being the most important goal during your journey there. Which is difficult and bumpy at times, but if we focus on the end result, we take the obstacles much easier.

Vujity Tvrtko, came to our little town to give a lecture. For many of us, his life that he told us was shocking. We could almost experience the experiences that happened to him. He told us about Chernobyl, his friends lost in the war, hospital stories and also shared with us how he became the person he really is now. My personal favorite in the show was the story about a gymnast girl who showed that there was more when it seemed impossible. I am grateful to Vujity Tvrtko for coming out of his performance more strongly than I went in there.

Today we had a pleasant surprise at the Csányi Foundation. We were able to take part in a super performance by Vujity Tvrtko at the Lehel Film Theater in Jászberény. The show also made me think, as what he has achieved is exemplary, it could be a role model for everyone. We have learned that if we do it for our goals and trust ourselves, we will succeed too. It was very touching to listen to the adversity he went through for his dreams. I’m glad he didn’t have as hard a childhood as the kids he talked about. I saw the adults also touched by his story and everyone came out of the performance spiritually strengthened. A sympathetic person to me, I think that if I am persistent enough, I can achieve my goals. Thank you very much for attending the presentation.